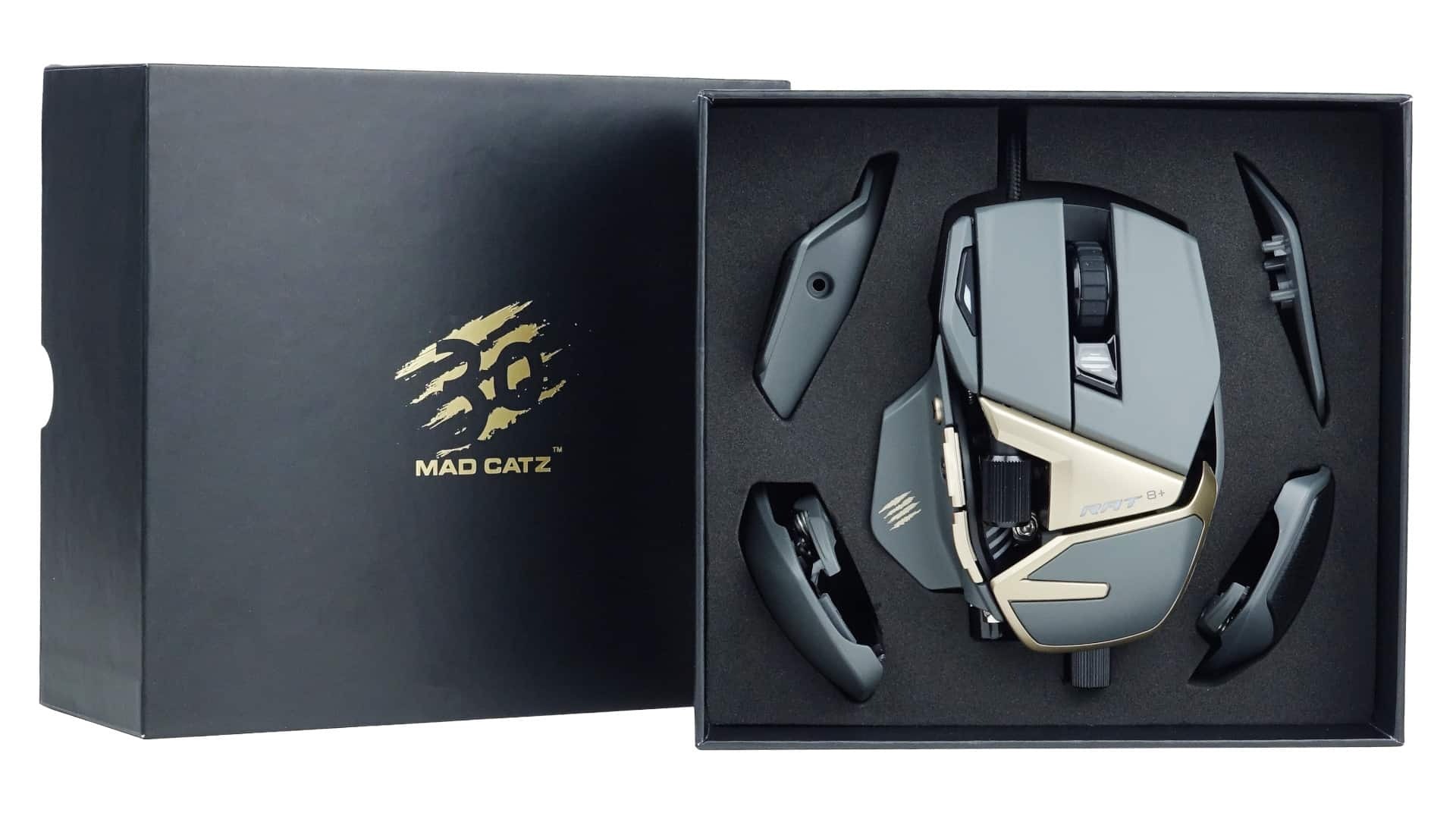 There is no denying that Limited Editions are cool. Sony proved as much when they released their absolutely gorgeous PlayStation 4 Pro 500 Million Limited Edition console. Santa Monica Studios did the same with the God of War Limited Edition; and Hot Toys continually do so with their stunning Limited Edition collectable figurines. Mad Catz has decided to join in on the fun, and has created a new Limited Edition R.A.T. 8+ 1000 Gaming Mouse.

Mad Catz is also taking the “limited” in Limited Edition very seriously. Only 1000 units will ever be manufactured and distributed to parts of North and South America, and limited European regions – a little fact that will make any collector outside of those regions extremely upset.

The Limited Edition Mad Catz R.A.T. 8+ 1000 is a beautiful device. It comes in a sleek matte black, with brushed chrome accents, and a thick gold finish. It takes on the design language of the premium R.A.T. Gaming mice currently in circulation, and comes with additional parts – as any premium R.A.T. Gaming Mouse should.

The R.A.T. 8+ 1000 also features OMRON micro-switches which have been tested to at least 50-million clicks, and Chameleon RGB lighting over three independent zones.

Mad Catz have been a part of the PC peripheral hustle for 30 years. When asked about the milestone, Senior Director of Sales and Marketing for Mad Catz Global Limited, Joane Huang, mentioned how it’s difficult to believe “that it’s been 30 years since Mad Catz first arrived on the gaming scene”. Huang continued by stating how Mad Catz shares the same values of innovation, value, and quality as the company did all those years ago, and how they cannot “wait to share future plans with the community” in the years ahead.

As always, the R.A.T. 8+ 1000 features the same lightweight chassis as other R.A.T. Gaming Mice. It also comes installed with a Pixart PMW 3389 Optical Sensor, and the replaceable palm and pinkie rests that these units are known for.

Pricing and exact availability has not been revealed, but Mad Catz says that fans and collectors can expect it to become available within the second half of 2019.