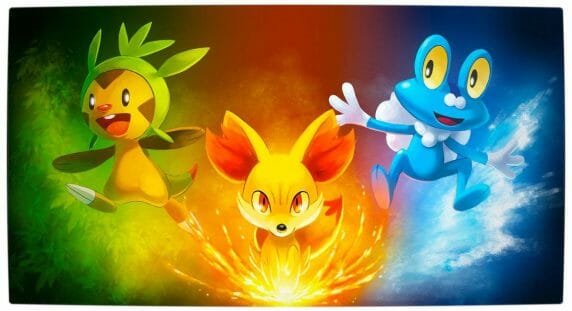 Long time fans of the Pokémon series of role-playing adventure video games have longed for Nintendo to create a three-dimensional version of the game. This wait, which has been longer than hoping for a live-action Pokémon movie, will soon be over.

Nintendo have announced that Pokémon X and Y, the latest games in the popular monster battling series, will be full three-dimensional adventure titles – a first for the series. In addition to being the first Pokémon adventures to take place in a three-dimensional landscape the game will also be the first Pokémon game to enjoy a simultaneous worldwide release, with Nintendo president Satoru Iwata saying that players in North America, Europe, Australia, and Japan can expect to start catching ’em all “around the same time”.

Pokémon X and Y are being developed exclusively for the Nintendo 3DS portable game console by the Pokémon Company and are set for a worldwide release in October 2013. The games will give players three new starter Pokémon to choose from – Froakie, Chespin, and Fennekin – and will feature a mix of old and new generation Pokémon to collect and battle with.

Details of the title are still scarce, but the launch trailer below offers some insight into what this new generation of Pokemon games will be like. Enjoy!