Pokémon was a large part of my childhood. I used to actively watch the television series and play the Nintendo and Trading Card Games (TCG). As an adult I still partake in both latter mentions, but in a more sporadic nature than before. Never the less, my interest in all things Pokémon is still prevalent.

For those who do not know Nintendo recently launched the 3DS XL – the super sized variant of the original 3DS portable game console. As is expected with every new release of a Nintendo console, a Pokémon edition has been announced.

The Pikachu 3DS XL is emblazoned with an adorable rendition of everyones favourite yellow pocket monster, Pikachu. There is, however, a tiny blemish on this otherwise great looking collectible item. 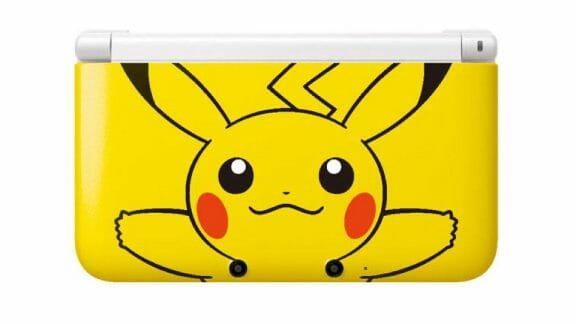 The  image of Pikachu is superimposed on the 3DS XL in such a way that the camera lenses make it look like Pikachu has nipples. Unfortunately, it is one of those things that cannot be unseen.

Unlike most Pokémon edition consoles, the Pikachu 3DS XL is available outside of Japan and retails for between R1999 and R2500 (US $239) and is set for release on the 15th September 2012.