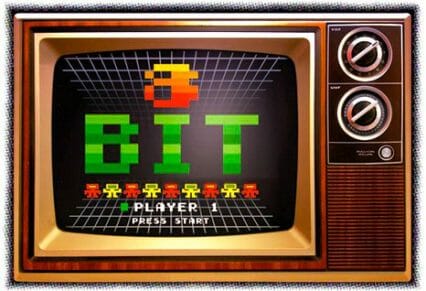 The 8-bit video games era is when video gaming started to go mainstream. From Pong through to Super Mario Brothers, the 70s and 80s were filled with blocky sprite filled mystery and adventure stories. In a way the 8-bit era could, arguably, be referred to as the ‘Golden Years’ of video gaming.

To pay homage to the era that defined video games, a group of artists at 72Pins have stylistically turned the latest gaming franchises into 8-bit NES cartridges. Each $20 cartridge has an image of a modern gaming title reworked into 8-bit goodness and contains a ‘random’ working NES game.

While on the topic of 8-bit video games, I also came across this interesting music video created by Patrick Jean and Aural Carnage about what it would be like if the 8-bit video games era invaded the 21st century.