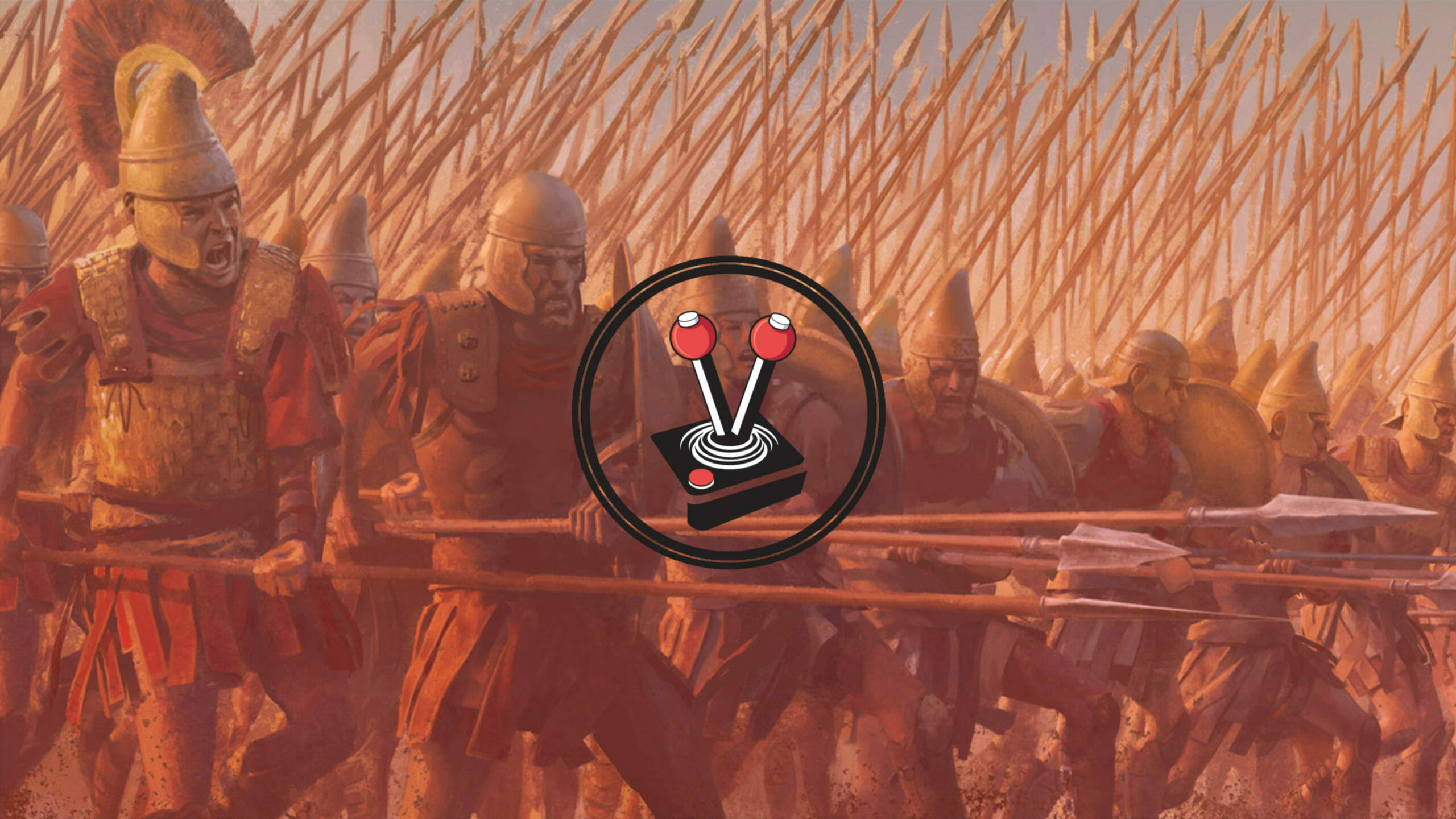 There is something peculiar about a video game attempting to subvert the overarching genre it should be classified in, while also nestling safely within its bosom. Disparities like these hardly, if ever result in good games. Games like Civilisations, Total War, and even Stellaris choose to rely on the most traditional concepts of the genre: to explore with basic units, expand territory as fast as possible, exploit groups of non-playable characters and/or resources, and ultimately, exterminate the opposition. With this in mind, Old World: Heroes of the Aegean plays much more deliberately in its execution than the aforementioned titles. It actively tries to be something that it clearly is not, while also comfortably giving players a 4X experience like no other. It is a slow burn on the surface, with very little 4X, or much of anything really, going on at first glance, and it is assuredly deliberately so.

While some variations have been released, the 4X genre still adamantly follows the same Explore, Expand, Exploit, and Exterminate rules. That is to say, the genre usually presents players with a vast top-down display of a planet/galaxy/very large piece of land, followed by requiring players to grow and expand their armies and kingdoms by means of using any and all resources available; before eventually crushing the opposition through sheer force or via the power of friendship. At times, however, some 4X titles try to ‘spice things up’, whether through offering unbelievable diplomacy option like those seen in Civilations, or massive and branching tech trees like those seen in Anno. Even with these little additions, 4X games have always stood firm — unchanging in overall design over the many decades, even after traditional tabletop 4X evolved into digitised video game art. The aforementioned Civilisations is one of the leading franchises in the genre, with millions of copies sold worldwide, and countless awards won. Hence why many video games follow its example. Occasionally, however, there is a 4X game release that offers a completely new set of rules, unlike any other. Old World is one such game. Birthed from the mind of Soren Johnson, co-creator of Civilizations IV, it acts as a true iconoclast of the historical subgenre of 4X titles. It feels and plays so differently compared to other 4X titles, while simultaneously drawing inspiration from all of the classics. Its expansion, Old World: Heroes of the Aegean, even more so.

The first instance of ”change” Old World offers comes directly by way of how matches are represented: other 4X games quickly push into the four main pillars the genre is known for. Old World, on the other hand, takes a step back. The rush from stone age to space-age dominance is non-existent. There are no massive-scale armies, and inter-racial superspy shenanigans. Instead, the game focusses on a couple of hundred years (if that) during the European Iron Ages. Culture was, arguably, at its peak during this time, and multiple peoples only just started their expansions through the continent – whether peaceful or otherwise. The game focuses on the main families in power during these times. Iconic heroes of both legend and history from Assyria, Babylon, Carthage, Egypt, Greece, Persia, and even Rome become actors for the main narrative, while gameplay slowly evolves to incorporate iconic battles and wars from these periods. Old World: Heroes of the Aegean has an even bigger focus on scenarios, with special focus on Aegean heroes and lore. This includes, but is not limited to, the famous Battle of Marathon, The war for Thermopylae, and subsequent battles for Salamis and Plataea (think 300), as well as the creation of the Macedonian Empire, and Alexander The Great’s many exploits.

Starting a match in Old World: Heroes of the Aegean always greets players with a tiled overworld, a dense fog of war, seemingly countless menus and tabs, and a plethora of on-screen information; all traditional (albeit modern) gameplay featured in every other 4X title. Where the game differs is in its presentation. The bread and butter for Old World: Heroes of the Aegean [and the base game] largely comes down to the main scenarios. These follow specific storyline’s, some of which even feature their own gameplay rules and tweaks; essentially replaying iconic moments from the history books. There are a number of surprising and unique mechanics at play at any given time. Of those, the relationship between whatever civilization leader players currently have focused, and their partners and kin. Story beats take place at certain steps during gameplay, where players need to read and interact with pop-ups involving important choices and decisions. Making a choice directly influences the game in a number of ways — sometimes more indirectly than many may realise.

More traditional 4X gameplay elements like technology trees, military power, diplomacy events, and geographic reach; do still exist in Old World. However, all of these are layered upon brand-new “Legitimacy” and “Orders” mechanics. Legitimacy is an overarching score influencing the number of Orders players have during each turn. Orders, on the other hand, are essentially actions players can take during each turn and are, unlike what players would expect, executed linearly. Orders can be used in various ways, such as giving units extra moves or to execute more diplomatic/militaristic actions. Every action requires a different number of Orders, and the number of Orders players get depends on their Legitimacy statistic, which in turn, is governed by whatever special story actions players have already taken, which decisions have been made, and how their civilisation has progressed. The mere inclusion of these governing gameplay features is a breath of fresh air for the 4X genre. While not innovative in the sense that it completely overhauls how the overarching 4X experience plays, it enhances traditional 4X gameplay in ways never before seen. In short, everything about it feels “better”.

A massive point of contention in Old World: Heroes of the Aegean is the game’s severe lack of tutorials. The user interface contains tutorial-like pop-up dialogue for just about every single interactable object, which is a great help, but ultimately does not really aid in teaching players the basics – especially if they just want to jump into the scenarios. It relies heavily on previous knowledge of 4X gameplay mechanics. This reliance on player knowledge, combined with the incredibly dense UI, never-before-seen gameplay mechanics, and visual clutter on screen; can heavily deter newer players. An easy solution would be a simple opt-in tutorial scenario featuring no more than a team of foot-soldiers who need to make their way across ancient Rome or something. As seen with Crusader Kings, however, tutorials can take literal hours to work through… and “ain’t nobody got time for that”.

Video game soundtracks are only worth mentioning if they actually do something for the gameplay experience. Fortunately for Old World: Heroes of the Aegean, the soundtrack truly does serve to enhance the immersive experience brought on by the character dialogue and story-based text. Epic moments such as the Persian advance on the Spartans, or the founding of Macedon, are accentuated with high swoops and orchestral numbers unlike anything heard before in 4X games! The music is almost Hollywood in its execution, deserving of a video game award.

Further enhancing the incredible immersion is none other than the game’s visual presentation. When not beset by a ridiculous amount of pop-up dialogue, menus, and other clutter; the softer tone of the overworld, which is contrasted by colourful unit art, icons, and character portraits; serves to aid in the game’s conceptualisation. Beams of sunlight shine down on levelling up units, and the greatest depth of field slowly fades into the distance of every scene. Even the menus feature a very soft dark grey and brown tint. It is definitely clear how developers Mohawk Games put a lot of heart and soul into what players will see for the next 200 hours of their Aegean journey.

Old World: Heroes of the Aegean marks the game’s debut on Steam, and it rightfully earns a spot on many favourites lists. It is truly unlike most 4X games currently available, and adequately serves to raise an already high bar. While the game can do with a bit more tutorialisation, there are enough pop-ups and explanations for adventurers to being their journey. Immersion is a massive focal point and the inclusion of supremely detailed stories and scenarios truly levels up the experience beyond what even the developers may have intended. It truly is an exceptional title, one worthy of taking the title as the king of 4X games.

Title reviewed on PC (via Steam) with code supplied by Hooded Horse.