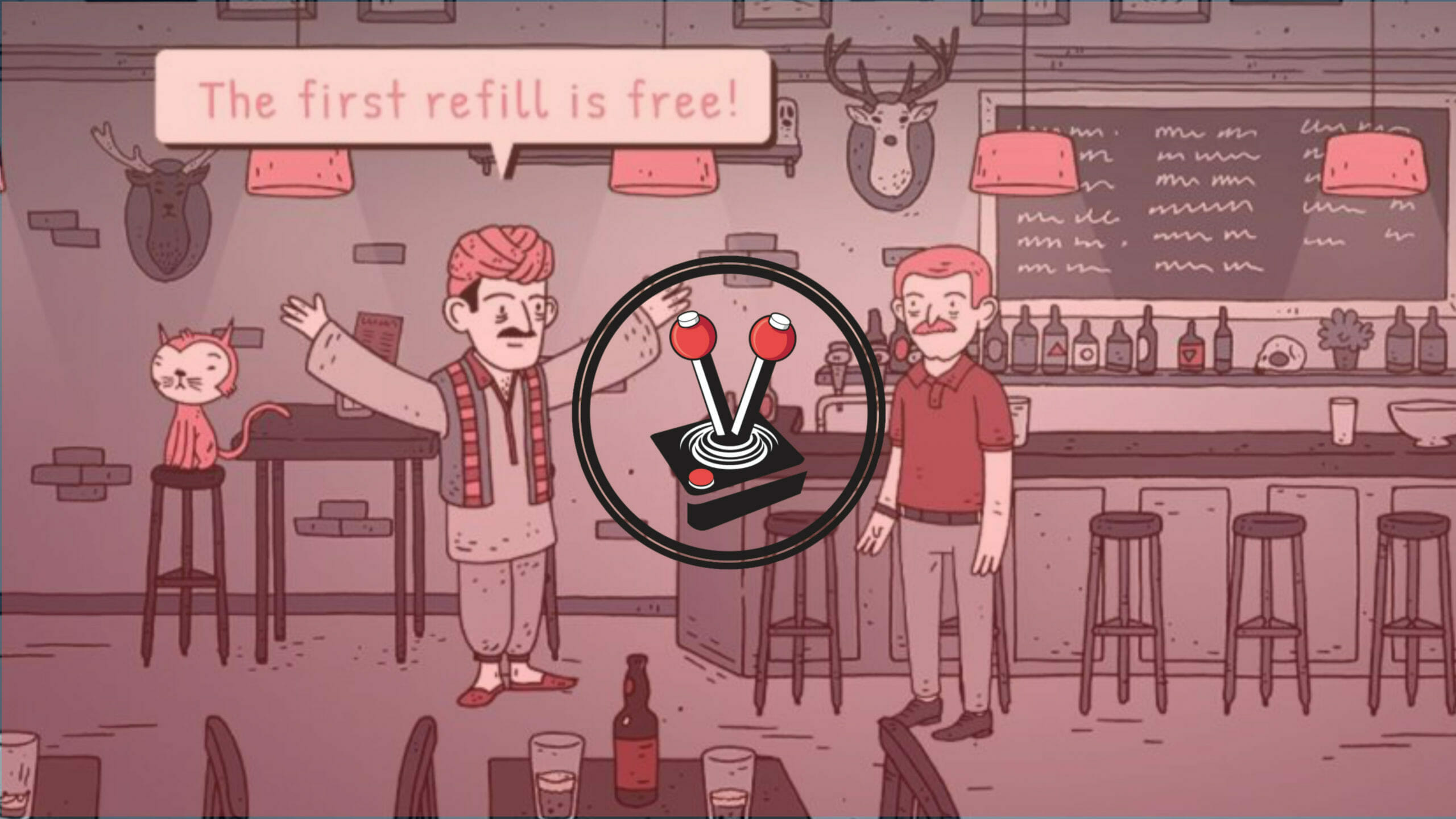 From Leisure Suit Larry, through to Escape From Monkey Island, point-and-click adventure titles have cemented themselves as reliable entries in gaming. While they have fallen in popularity over the years, there are still a fair number available to keep the torch lit. One of the newer titles to grace this genre is Dude, Where is my Beer? It offers a satirical take on the genre, and includes all sorts of wholesome references crammed into its quaint campaign, all while embracing a distinctly wonderful aesthetic.

Dude, Where is my Beer? is all about a travel-weary – and incredibly parched – dude who simply wants to quench his thirst with a decadent and refreshing pilsner. The problem, however, is that pilsners have pretty much been drowned out by an ever-growing list of craft brews! As such, it is up to this very thirsty guy to travel from bar to bar in an epic adventure to find his beloved pilsner. Dude, Where is my Beer? has a simple premise: dude wants beer, dude goes to get beer. It is a refreshing story about finding a simple and old-school beer in a world ruled by hipster trends.

Unlike classic point-and-click titles, Dude, Where is my Beer? is extremely linear in its design. The only real “combat” to be found are puzzles and a bunch of conversations. In this sense, whenever our guy bumps into a puzzle, players can be rest assured that this is the only puzzle available until it is solved. It is quite limiting in this sense, and is a feeling compounded by the lack of exploration available during puzzle segments.

After having played countless point-and-click titles, it is a bit of a bummer whenever Dude, Where is my Beer? forces players to backtrack after hitting a dead end. I appreciate that the game is small, but it does feel like it limits players unnecessarily. Point-and-click titles should be fairly open in design, and only limiting when the story permits. Chicken Police – Paint it Red! does a phenomenal job of capturing the openness games like these need to have, and I wish Dude, Where is my Beer? could take a page from that game’s book. With that said, Dude, Where is my Beer? was developed by only two people; therefore making this caveat forgivable.

What is not easy to forgive, however, is how easy it is to become “lost” in a sense. While exploration is limited, puzzle solutions are seldom clear. While I do not mind doing a bit of out-of-the-box thinking, it is quite an ask when the solution ends up being so far removed from the entire theme of the game that a walkthrough is needed to continue. Thankfully, the developers have one readily available for those who need it… for a few cents.

One of the gameplay elements players will need to take care of throughout Dude, Where is my Beer? is the appropriately called “drunkenness meter”. Depending on how intoxicated players make the dude, the bar raises or lowers. In order to get through a few puzzles in the game, this meter needs to be at a certain level! For the most part this works extremely well, but it does become an issue when players want to have a bit of fun and continue filling the meter to the brim. This also leads into the game’s extremely abrupt ending, which carries on to a little message promising some sort of continuation: the meter cannot be filled all the way until a later part of the game, a part which does not even seem to be in the game, to begin with.

One of the game’s best aspects, however, is the incredible art style. The cartoony look and feel go so well with the silly premise of the game, making it instantly memorable and recognisable. The colour palette is extremely minimalist and consists of earthy and autumn tones. This palette works beautifully in Artificer: Science of Magic, and works even better in Dude, Where is my Beer?. Another great facet is the wonderful sound design. All bars have their own music, making them feel unique; while ambient sound recorded at real-life bars around the world softly fill any silence. This makes dead air pretty much non-existent and serves to make the in-game world wonderfully lived-in.

Another facet helping with the sound and overall design is the inclusion of countless seemingly tongue-in-cheek references to other video game classics. There are so many, in fact, that it kind of removes from the initial “wow” factor the longer the game is played. With that said, it does not remove from the premise and instead helps to further the plot along in a few instances. While it is easy to nitpick at exploration being a little lacklustre, the sequel-baiting ending is perhaps the most disappointing part of the game. The reward is in the adventure, I guess?

Dude, Where is my Beer? serves as a quaint little adventure into the world of the hipster. It is about being a parched foreigner in an era of craft brews, and one who just wants another taste of a ‘nostalgic pilsner’. The game has a few odd, yet forgivable, design decisions; but offers a lot of enjoyment as compensation. It is also short and extremely beautiful, which helps a lot with the unique feel. Ultimately, guiding the dude around puzzles and unique bars is good fun and provides a solid experience for a small indie title.