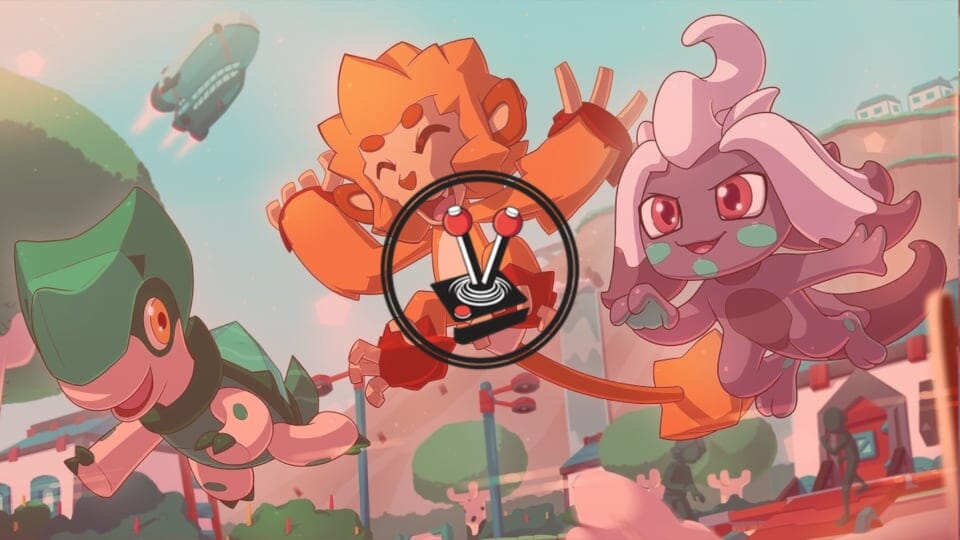 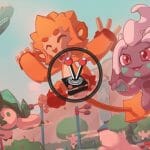 For the longest time, Pokemon has dominated the monster collection space. In the popular Japanese games, players go around from town to town as they battle and tame fierce [and sometimes incredibly cute] creatures in a bid to collect them all and become the region’s best trainer. One or two similar video games have come and gone – most notably in the mobile game space, but never has there been a big multiplatform release. That is set to change as Temtem gears up after an exceptional run in Early Access.

Temtem practically took the world by storm when its Kickstarter was successfully funded in 2018. The game, which touted a vast open-world where players could see and interact with one-another, promised gameplay and features only seen before in Pokemon. This then begged the question of whether the game would simply be a clone or something unique? In many respects the question is still apt, but in many others the game does indeed stand on its own. With the game releasing on PlayStation 5, we have had the opportunity to play the game in its early access console form.

As the game boots up and loads the world of Temtem, one thing is abundantly clear: developer Crema most assuredly found a lot of inspiration in Game Freak’s pocket monster hit. From the open-world shenanigans and rival tamers, all the way down to the old man professor who gives players their first creature; and the long-time friend who turns into a rival cartoonishly fast. It may even have pulled a few pages out of the newest pair of Pokemon titles, but all in an aid to create something unique. At its core, Temtem follows the same tenets from Pokemon. Players wake up in their bed and are quickly sent on their way to become the best Temtem tamer the world has ever seen. Before all of this, however, the game guides players through a character creator.

The character creator in Temtem is quite robust and incredibly detailed for something still in Early Access. A plethora of options awaits anyone who plays the game. It may not have The Sims levels of customisation, but it does feature just enough for players to feel like they have a distinctively unique avatar. All hair, for instance, can be coloured in two layers, while all clothing has different bits and pieces that can be coloured differently as well. From there the game lets players choose between two simple backpacks and sets them on their way into a much bigger world with a heck of a lot of character.

As alluded to before, players wake up in their bedrooms, complete with their mom standing there ready to send them on their way. As similar to Pokemon as this is, I find it hard to find faults with it because this is actually a very common Role-playing game trope. With that said, it must be noted how every single Pokemon game I have played starts this way, and how similar Temtem aims to be to Pokemon. Therefore, the start is no mere coincidence. Similarly, Temtem also introduces the “knowledgeable old man” pretty much instantaneously, as well as the so-called “long-time friend” and friendly rival. As soon as the basics have been explained, the game gives players the choice of their basic starter Temtem and sets them loose to explore all the wonderful things that sets the game apart from the others.

Anyone familiar with Pokemon will instantly recognise many of the systems in place here – especially when it comes to the game’s bread and butter: battles. Players start with up to two of their Temtem out on the battlefield right from the get-go. Thereafter, sides take turns choosing from their pool of abilities, after which the Temtem executes them. Some abilities need to charge up before they can be used. These are dictated by the number of lines or coloured accents they feature in their respective tabs. Other abilities can be used seemingly forever… but there is a catch.

One of the most original and creative ideas Temtem introduces to this genre is a stamina meter. Instead of an established number of times an ability can be used before a Temtem’s ability run dry, the game features a little blue bar below every Temtem’s health, which decreases and increases dynamically as a battle unfolds. With the passing of a turn, every Temtem gains a bit of stamina, while using abilities actively decreases their stamina. Some abilities also use much more stamina than others. Wild Temtem, who use all of their stamina, tends to faint and leave the battle, while tamed Temtem, who use their stamina, tend to damage themselves due to overexertion. This creates a fun and exciting new way to strategically play around with how often you use fancy and more powerful abilities. At first, running out of stamina was a huge issue for me. It may seem simple, but it is such a radically new subject for a Pokemon-like game that stamina felt like a chore every time my Temtem would damage themselves in the middle of a battle. The moment I fought one of the bosses; it finally clicked how I could use one of my Temtem’s abilities to my advantage. However, it was an eye-opening experience. Stamina makes the idea of finite ability uses seem truly dated.

Another unique addition is how moves taught to Temtem do not need to be forgotten one the ability spots are full. Rather, they move into a kind of ‘pool’ whereby they can be swapped out before battles. This is a really great means of ensuring the Temtem are always relevant, regardless of the situation. It is also vastly different to every single other Pokemon game currently available, and is a feature that needs to implemented across the board.

Another massive way Temtem differs from its biggest inspiration is how it requires a constant connection to the internet. This feature lets players interact, battle and trade with each other. There is a co-op feature as well, but I think this is nothing more than a gimmick. In all my hours with the game, I had no reason to team up with any live person or interact with them at all. I did end up battling a few, and apart from some people taking longer than most, it felt like normal battles with Non-playable characters at most, and battles that went nowhere at worst. With that said, I have seen some people play in co-op, and I can genuinely see the value in it for those who are interested in teaming up with friends.

Beyond newer features Temtem brings to the table, I would be remiss to not mention its amazing setting. Say what you will about Pokemon, but at least its regions are all easily remembered and legible. I can not, for the life of me, pronounce half of the towns featured in Temtem. However, while their names are almost impossible for me to pronounce, they are the stuff of legends in terms of aesthetics. From the starting area, Zadar, with its tropical themes, through to Kupeleleza and its beautiful pink and blue hues, Temtem truly features pretty locales. I will admit I think Pokemon Sword & Shield hit it out of the ballpark with overall aesthetics. So much so that I honestly feel Temtem still has a bit of work to do. With that said, the overall feel is wonderful and pretty.

“Work to do” seems to be the theme with Temtem. While the game has been “out” for quite some time, it is still very much in early access. So much so, the version I played for this review was labelled “0.6”. Fortunately, Crema seems to be fully aware of this. The game had one major update and a few hotfixes in the little time I had with it, and I am 100% certain that many more updates are on the way. As it stands, Temtem features around 30 hours of content and a wonderfully lush world teeming with virtual monsters to catch. However, there is simply no getting around the fact that it still feels distinctly like a Pokemon game, and for that, I simply cannot say that it is worth it… for now. Fortunately, this is an Early Access review, and what is said here may be vastly outdated in another year or so. I sincerely hope it will be.

Temtem is a wonderful game that is trying to carve its own unique niche in the monster collection world, but also wears its inspiration on its sleeve for all to see. It is easy to say “gotta catch ’em all” in a world saturated with low-effort video games and clones. Fortunately, Temtem is not one of those. With that said, it does bring a few new things to the table to make it feel somewhat unique, and it boasts a cool 30-hours of content for an Early Access video game. Pokemon fans may like the game, but anyone who has had their fill might want to give this one a skip… at least until it gets updated to completion.