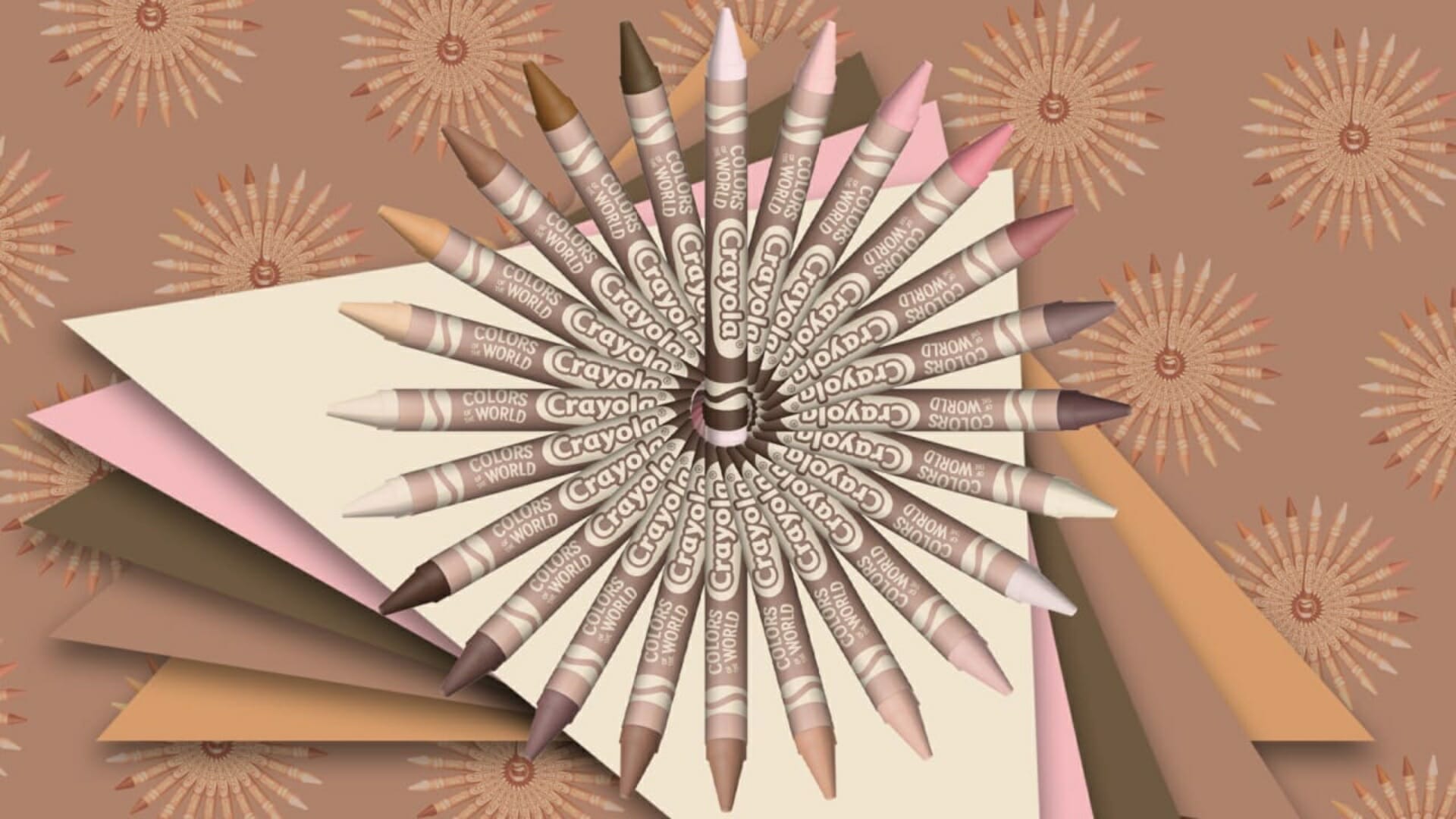 I used to love colouring in things as a child. My mom often brought new colouring books home as I went through multiple pages a day. Throughout all this time, I would always default to calling beige “skin colour” or “flesh colour” – something I never realised could potentially be damaging to other people. Especially during high school when I started making more friends of different skin colours. Since then, I made a point of calling the colours by their true names [which is evidently how I learned of colours like cerulean blue and carnation pink]. Crayola, however, now wants all children to have their own skin colour represented with a brand new box set called Colours of the World.

Crayola’s Colours of the World is a 24-crayon box set that includes new “specially formulated” colours designed to mirror and represent as many skin tones as possible. The aim of the box set is to cultivate a more inclusive world, where children of all ages can colour their favourite objects, heroes, and more any colour they deem perfect.

Naturally, this is not an all-new concept. Crayola has dabbled with different skin colours in the past. This is, however, the first time Crayola (or any other crayon company for that matter) has released a 24-crayon-strong set representing as wide of an array of skin tones as possible. This is thanks in large part to cosmetics expert and former MAC Cosmetics Chief Chemist and Managing Director, Victor Casale. Casale, who also co-founded and became the Chief Innovation Officer of Cover FX, and currently practices as CEO of MOB Beauty, partnered up with the crayon giant to formulate crayons that would closely resemble up to 40 different skin colours. The Colours of the World box set comes in 24- and 32 variants, and will be on sale as early as July 2020. The box set includes all hues in the global shade palette, but the larger box also contains 8 classic colours Crayola has deemed perfect for “eyes and hair”. Hues children can expect to see include the likes of “light almond”, “light-medium rose”, “deep rose”, and even “medium golden” among others.

According to Crayola, formulating the hues and getting it to market took more than eight months to get “just right”. They managed to get it to where it is by using the same scientific process Casale uses to create accurate colours for foundation makeup.

As someone who grew up with a Crayola box pretty much always at my disposal, I really dig the Colours of the World box set. It is not only a means for new generations of children to connect to their own skin colours, but also finally a means for me to figure out that my own skin colour has been “lightly golden” all this time!