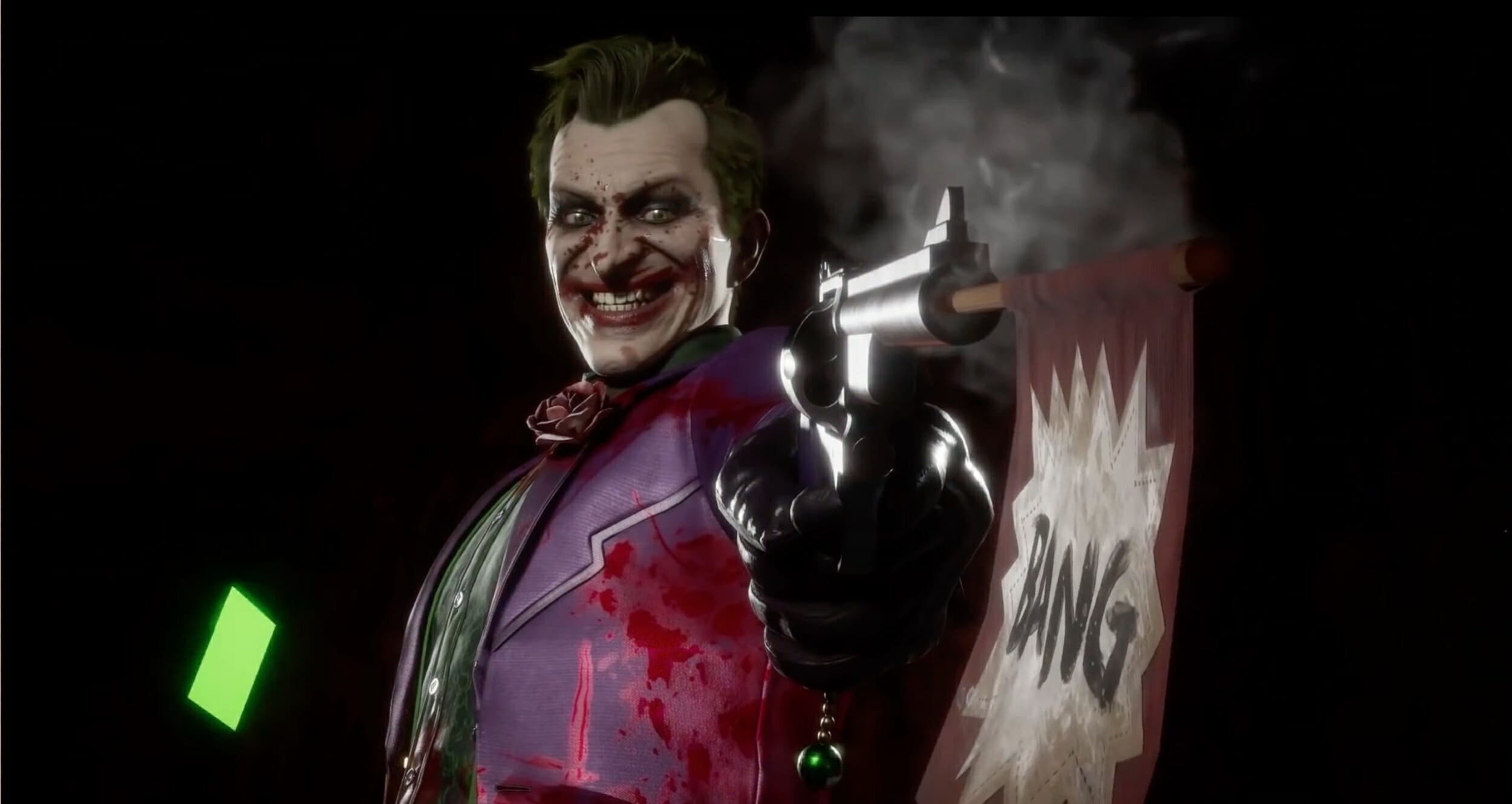 As Mortal Kombat 11 enters its second year of content, NetherRealm Studios have decided to return to one of their other beloved Intellectual Properties (IPs), Injustice. The studio has been teasing how DC’s most prominent villain will soon enter the fight for Earth Realm. However, it was not until the reveal of the latest trailer that the studio was hiding a surprise Mortal Kombat 11 DC Elseworlds Skin Pack!

Throughout the fairly long gameplay trailer, NetherRealm showcases exactly what Batman’s arch nemesis is capable of when the kiddy gloves come off. However, as you make your way through the video, you will notice something strange: all characters he is beating up, look suspiciously like characters featured in the DC Comics! As it turns out, NetherRealm is not only bringing Joker into the fold as a full-fledged character, but key characters from the already-massive Mortal Kombat 11 roster will be getting skins based on DC‘s Elseworlds comics.

While the exact skins included in the pack are still unconfirmed, both the trailer and tidbits from the Mortal Kombat 11 Steam page have revealed what fans can expect! Simply put, Mortal Kombat 11 will soon have access to Killer Croc, Catwoman, The Batman Who Laughs, and Darkseid. These skins are for Baraka, Kitana, Noob Saibot, and Geras respectively.

While awesome news for many geeks out there, we thought that not everyone may have come across the DC Comics characters featured above. As such, we figured we would compile a list explaining the new Mortal Kombat 11 DC Elseworlds Skin Pack.

In what is likely the most appropriate downloadable skin ever, fans of the DC Comics will get to rip Earth Realm’s protectors’ heads off as Killer Croc! This exceptionally violent killer was the result of a rare genetic condition that turned Waylon Jones’ skin to scales and gave him a crocodile-like appearance. In his most recent DC Rebirth, Killer Croc was a member of the Suicide Squad who has been discharged and is now living in Monstertown.

Kitana is a fan favourite kombatant in pretty much every way. She is quick, fast, and an exceptional fighter when you manage to master all her moves. Who better to cosplay as DC‘s illustrious cat burglar than Kitana! With her Catwoman skin, Kitana will look exactly the same as she always does, save for a mask and beautiful long hair. While there are many iterations, the most well-known version of Catwoman comes from a near-death experience (Selina Kyle got a second lease for life when the spirit of an Egyptian queen entered her body).

Noob Saibot – The Batman Who Laughs

Noob Saibot is a strange character, and The Batman Who Laughs even more so. In the Mortal Kombat 11 DC Elseworlds Skin Pack, fans will finally be able to play as one of the strangest versions of the Dark Knight. The Batman Who Laughs came about when Bruce became infected by the Joker toxin. The result was a Batman who still dearly wanted to fight crime, but could not resist the urges to do so using Joker’s brutal and heinous means. This combination makes total sense for a character both living and dead, such as Noob Saibot.

Darkseid is one of the most powerful villains in the DC Comics catalogue. He is pretty much the equivalent of Marvel‘s Thanos – an intergalactic supervillain hellbent on bringing order to the universe, and tyrannic ruler of Apokolips. Darkseid is often pitted against the Justice League as he invades earth with his forces. Geras may not be exactly the same level of supervillain as Darkseid, but he has the perfect look and moves to do the character justice!

The pack is a great little throwback to one of NetherRealm Studios‘ strongest Intellectual Properties. Could it also be some hint of what they are working on next? Injustice 3, perhaps? A new title with the name of Elseworlds? Only time will tell, I suppose!

The DC Elseworlds Skin Pack is only part of the Mortal Kombat 11 Kombat Pack at the moment, but will likely become available as a standalone Skin Pack in the near future. All owners of the Ultimate Edition (on all platforms) should get the pack for free in an update soon.