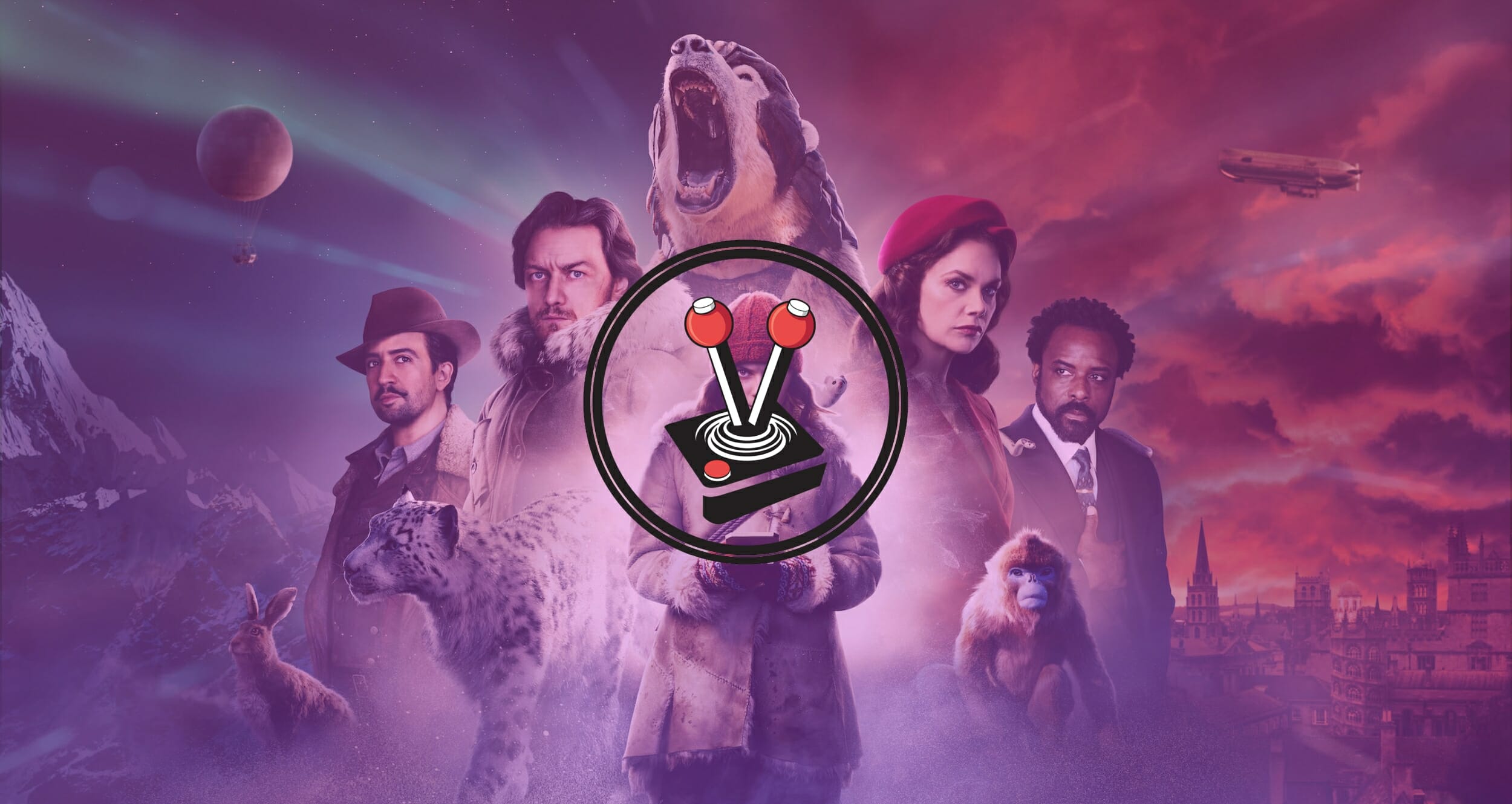 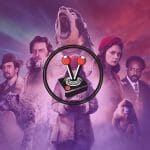 As a 90s child whose formative years took place in the 00s, I was exposed to a unique era of truly unforgettable young adult novels. Of the countless books I read, the most memorable have always been: J.K. Rowling’s Harry Potter, Garth Nix’s Old Kingdom, Christopher Paolini’s The Inheritance Cycle, Stephenie Meyer’s Twilight Saga, and Philip Pullman’s His Dark Materials. Interestingly, each of these unique stories has been adapted from print to screen courtesy of Hollywood.

Unfortunately, the adapted works of Paolini and Pullman were not as well received by the public. In part, this was due to their film adaptations cutting a lot of what made the books great in the first place. Often truncating complex storylines into mere minutes on screen. A natural, yet unfortunate, consequence of attempting to condense over 400 pages of narrative into two hours or less. However, what if producers had more time to tell the story? This is where HBO and The BBC’s adaptation of Pullman’s His Dark Materials begins to shine.

The first season of His Dark Materials is an eight episode adaptation of The Golden Compass (also knows as Northern Lights in the United Kingdom). It follows the story of 11 year old orphan Lyra Belacqua (Dafne Keen), a precocious and intelligent child who is brought up by the Masters of Jordan College in Oxford, England. She spends her days defying authority and getting into trouble. True marks of a heroine who is destined for a better and greater future.

The world of His Dark Materials is much like our own, yet different in the slightest of ways. Like looking at a mirror with the corner of one’s eye and glimpsing something familiar, yet seemingly dissimilar, at the same time. Unlike our world, Lyra’s Oxford has more inline with the victorian era; with the clothing, architectural design and transport to match. It is also governed by the mysterious, oppressive and authoritarian religious body known as the Magisterium. Of all the irregularities, however, the most defining characteristic is how every single person in Lyra’s world has a daemon.

Daemons are physical and very real animal representations of a person’s inner consciousness or soul. Before puberty, daemons can morph and change at will. Eventually they will settle into an animal that best represents a person’s inner character. Lyra’s deamon in His Dark Materials is known as Pantalaimon (Pan for short), and he often favours looking like a stoat/ermine. It must be noted how the computer generated imagery in the show is superb. Although the deamons are clearly not ‘real’, they do look the part with movie quality imagery featuring on the whole.

Lyra’s story begins quickly in the pilot, when the enigmatic adventurer Lord Azriel (James McEvoy) returns for a surprise visit and she prevents his untimely death by poisoning. As a result of her actions, Azriel is able to present his findings from the arctic to the scholars of Jordan College. Simply put, he has found evidence of Dust – a strange and unique elementary particle associated with consciousness (I cannot say more, other than it is a major plot point in the series). The news he brings is considered severely heretical by the Magisterium. To put a stop to Azriel’s heresy, the Magisterium sends forth the beautiful and powerful Mrs Coulter (Ruth Wilson) to deal with the situation. She also ends up becoming a mentor to Lyra. All the while there is a secretive organisation known as the ‘Gobblers’ who are kidnapping children for nefarious purposes, and Lyra is given possession of an alethiometer – a unique and magical instrument with the ability to “tell the truth”.

There is a lot more plot and narrative exposition over and above what has already been discussed (some of which has been brought over from the second book in the series). However, all of this is unsurprising. Phillip Pullman’s His Dark Materials is an incredibly complex work. As much as it serves as an allegory for atheism, it also deals with the loss of innocence, love, and betrayal. All of which have been neatly tied together with a science fiction bow pandering the discovery of the Higgs Boson “God” particle. As such, there is a lot of narrative to unpack. Most of which appears to take place within the first four episodes of His Dark Materials. Needless to say, it is a slow burn akin to the first season of Game of Throne. However, with a majority of the main narrative in place, His Dark Materials begins to unravel into a beautifully choreographed series of events, drawing viewers into an intriguing plot of deception, betrayal, death and self-discovery.

Amidst the absolutely gorgeous scenery and visuals, there are moments of profound emotion and introspection. One such scene occurs when Lyra is travelling to the north with the Gypsies – who have rallied together to try and save children from the Gobblers. During the travel, Lyra and Pan form a distinct and personable relationship with Fadar Coram – much like a granddaughter and grandfather. Given how Lyra has yet to reach puberty, Pan is still able to change form at will. Naturally, she wonders what would happen if a daemon settles into a form a person dislikes?

Fadar Coram carefully explains how some people might want a lion, but end up with a poodle. Although he thoroughly loves his big and beautiful cat of a daemon, and he feels he would never want her to change, he does admit “that is not to say that sometimes I don’t dream her different”. It is an interesting acknowledgement to make, given how daemons are meant to be representations of the soul. Thus it begs the question: if you could see your soul, would you be happy with what you see? This quandary helps put into perspective the complexity of bringing His Dark Materials to the small screen.

Transforming the minutiae of a novel’s inner dialogue into an easy to follow narrative, without losing its complexity, is no easy feat. Although the show runners have done a great job in this regard, there is room for improvement. Much of Lyra’s inner monologue and view on the world, for example, has been lost in translation when compared directly to the books. Despite Dafne Keen being absolutely stellar in the role, the lack of a narrator (either her voice or that of another) means the subtle nuance of a child’s changing outlook on the world is somewhat lacking. Perhaps the issue stems from needing to explore, introduce and flesh out so many other prominent characters? Regardless, the digitally rendered daemons assist substantially in this regard, and I feel Lyra’s character will grow accordingly as the series matures. With that said, Ruth Wilson’s portrayal of Marisa Coulter benefits greatly from this arrangement.

Characters in His Dark Materials are wonderfully complex. The series does a great job of showcasing how multifaceted some of the more prominent ones can be. A stellar example is Marisa Coulter. Unlike many of the other daemons in the series, her golden monkey does not speak. Therefore, it communicates solely using expressions. The end result is an incredibly choreographed dance between actor and daemon, whereby brutality and tenderness ebb and flow with nuance. Much of this is credited to Wilson, who does a terrifyingly good job of humanising a person who is acutely aware of how monstrous she is; making her performance spine-tinglingly good.

His Dark Materials is a supremely complex coming of age story about the universe, relationships, religion, love, and death. As a fan of the books, the way the story has been crafted for the small screen is wonderful. The first season carefully sows the seeds of plot elements integral to the future of the story, and it is done so expertly. Book readers will be even more adept at seeing these hints, whereas everyone else will simply be entranced by the subtlety of the writing and imagery – both of which are incredibly well done. The first season of His Dark Materials serves as a clear showcase of how both HBO and The BBC are treating Pullman’s work with care, creating an epic, sprawling and soul defining new series to binge.