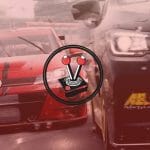 Codemasters is no stranger to racing titles. After all, their official tagline is “Racing Ahead”. With that said, the studio has not touched the Grid series in roughly five years. The studio seemingly decided to put their 2014 arcade racer on the back-burner to focus on simulation titles. In the wake of stellar simulation titles such as F1 2019 and Dirt Rally 2.0), however, Codemasters is once again diving head first into the arcade racing genre.

Sometimes giving things a break is the best solution to a tired formula. This is most definitely true with the latest instalment in the Grid franchise. While the series has seen several reinventions over the years, this “reboot” – simply titled Grid – acts as a fresh start for the franchise altogether. It features new tracks, new game modes, and surprising additions that tip the hat to Codemasters’ recent successes. In this Vamers Grid Review, I go over why this arcade racer is worth the investment.

Many of the previous Grid games could be regarded as direct rivals to the popular Electronic Arts franchise, Need for Speed. This time around the newest title feels a lot more like Forza Horizon, especially in the reinvented career mode.

Career Mode in Grid is quite a surprising affair, with a huge selection of racing disciplines to delve into at any given time. The addition of the F1000 World Championship showcases the leaps Codemasters has taken in recent years with other titles. Similarly, players will also get to race Touring Cars, Stock and Muscle cars, Tuners, GT Sports Cars in Nascar-style races; and even Invitational one-off events.

There is no actual structure to the Career Mode except for the requirement to dip your toes into a certain number of the aforementioned racing disciplines. Completing four of these will unlock the first rounds of the Grid World Championship, with more events within the disciplines needing completion as you progress. There really is no story structure to the game at all, which only reinforces the arcade nature of the title. Choosing from the different disciplines is also just a matter of whichever your favourites are. While you will have to play them all eventually, you need not worry about it until your favourite choices run dry.

Fortunately, all disciplines feel markedly different and unique. Racing through the modified streets of Italy in F1000 is quick and adrenaline pumping. Whereas the streets of Miami offers a much slower (by comparison) experience with big and weighty muscle cars. Similarly, touring the stadiums with your tuner feels nothing like hitting the dirt banks with a classic Mini Cooper. It also helps that all cars feel unique and different, which could make the jump between disciplines quite jarring. Thankfully, the arcade nature of the game removes from the stresses of readjusting to new vehicles. The physics are forgiving and all cars are easy to corner with – after five minutes or so of practice.

As with most racing titles, simulation or otherwise, Grid is a robust title that has a lot to offer in terms of gameplay. Although racing disciplines make up the brunt of the game’s Career Mode, it is also largely true for the rest of the gameplay experience.

Whether you jump into Quick Play, repeat the Grid World Championship, or even quick join a multiplayer match or two, you will have a choice of which kind of discipline you want to race in, and which vehicles to use. As with any arcade racer, player choice is king, and this is no different in Grid.

Handling, for instance, is an exaggerated form of its subtler and more grounded counterparts in other games, while physics is extremely forgiving. How Codemasters did it baffles me, but somehow this helps to make the differences in the various vehicles feel unique. You will always feel like you are some speed god in the F1000 vehicles, while GT Sports Cars will have you race around circular stadiums in a much more grounded fashion.

The Artificial Intelligence (AI) in the game is wonderfully challenging too. AI not only race for pole position, but they also work together with their teammates to ensure that you never get past them. Opponents in Grid play dirty, and you are encouraged to do so as well.

While it is not outright stated, you will eventually learn how your D-Pad controls both your feedback indicators, and acts as a hot bar where you can request certain things from your teammate. Pressing left and right has your manager radio you about your teammate’s position in the race, how far you are from your rival, and how much damage has been done to your vehicle. Pressing up or down, on the other hand, will have your manager request to either have your teammate actively attack the opponents in front, in favour of securing a better position or defending their current position.

Although the AI is great, it can tend to be a bit too aggressive at times. As soon as you accidentally hit someone during a tight corner, the Nemesis system comes into play. Once you have a nemesis, they will go out of their way to make sure your driving experience means nothing more than playing bumper cars with the barriers. While this is a great system that sets Grid apart from other racing titles, I would prefer for it to be toned down a bit. After all, there is no logical reason for opponents to want to crash into you if it means they will be giving up their superior position in any given race.

As with most racing games, Grid also features a rewind system called Flashbacks. By tapping Y, you can evoke an immediate replay where the entire race will start to reverse and rewind. The bar is a nice and long one that allows you to return to a much earlier stage of the race and give you a second wind – an especially great feature when you do not want the Nemesis System to activate.

Players who like simulation titles (such as myself), and those who would rather not have a rewind system, are all catered for in Grid. The game features advanced options and difficulty sliders where you can disable some of the more forgiving physics and handicaps. Similarly, you can also remove flashbacks from events altogether. While the latter seems like a no-brainer for players who want a challenge, tweaking the physics and the various difficulties makes no sense in Grid.

While they are nice to have, options to “simify” an arcade racer are somewhat redundant. Especially given how the game was not designed to be a simulation title. If you do want a more challenging experience, however, I implore you to only play around with the damage and AI difficulty sliders – leave the rest alone. Grid is a much better arcade game than one which attempts to be a bit of both.

As you progress through races, you will receive the funds owed to your character and that of your teammate. These go directly into your wallet, where you can spend it on new vehicles or liveries. You can also use the cash to hire new staff and replace your teammate, should you be unhappy with their performance.

Grid features a bevvy of racing disciplines, all of which feature their own vehicles and rulesets, with some even boasting their own unique tracks. While I still think Dirt Rally 2.0 features some of the most detailed tracks I have seen in a racing title, those featured in Grid are good-looking in their own right. When the rain is pouring, and you are racing against the backdrop of a setting sun, the track highlights in beautiful ways. Similarly, road bump-maps are largely non-existent. Instead, the game favours straightforward, flat roads, with the only bump-maps being those of the side streets and obvious material changes.

Codemasters are brilliant at making any and all vehicles feel unique and different from their counterparts. Every car is full of detail, both inside and out. In cockpit view (my preferred way of playing), you can see your driver switch gears, shift their feet as you accelerate and brake, and even appreciate the handiwork of the engineering teams as you explore the welded roll cage in your GT Sportscar, or look at the heads-up display and millions of little steering wheel buttons in an F1000 car. It is these small details that really sell the title.

Whether you appreciate a good-looking ride, a pretty race track with beautiful backdrops, or even just straight-forward arcade racing, Grid has it all. While the game is by no means a simulation racing title, it helps to take a step back from the trials of real-life simulation. Grid allows you to just that – choose a car that fits with your favourite racing discipline, be it Touring, Classical rally, or even Formula 1000, and race ahead with no care in the world (except to earn a medal).

I am not a big fan of arcade racing games, but I appreciate how games like Forza Horizon 4 and Grid, go out of their way to make it as easy as possible to appreciate the beauty of vehicular engineering whilst being fun in the process. There is no denying that Grid will go down as one of the best arcade racers of 2019, and for good reason: it simply does what it is meant to, and it does so with aplomb.