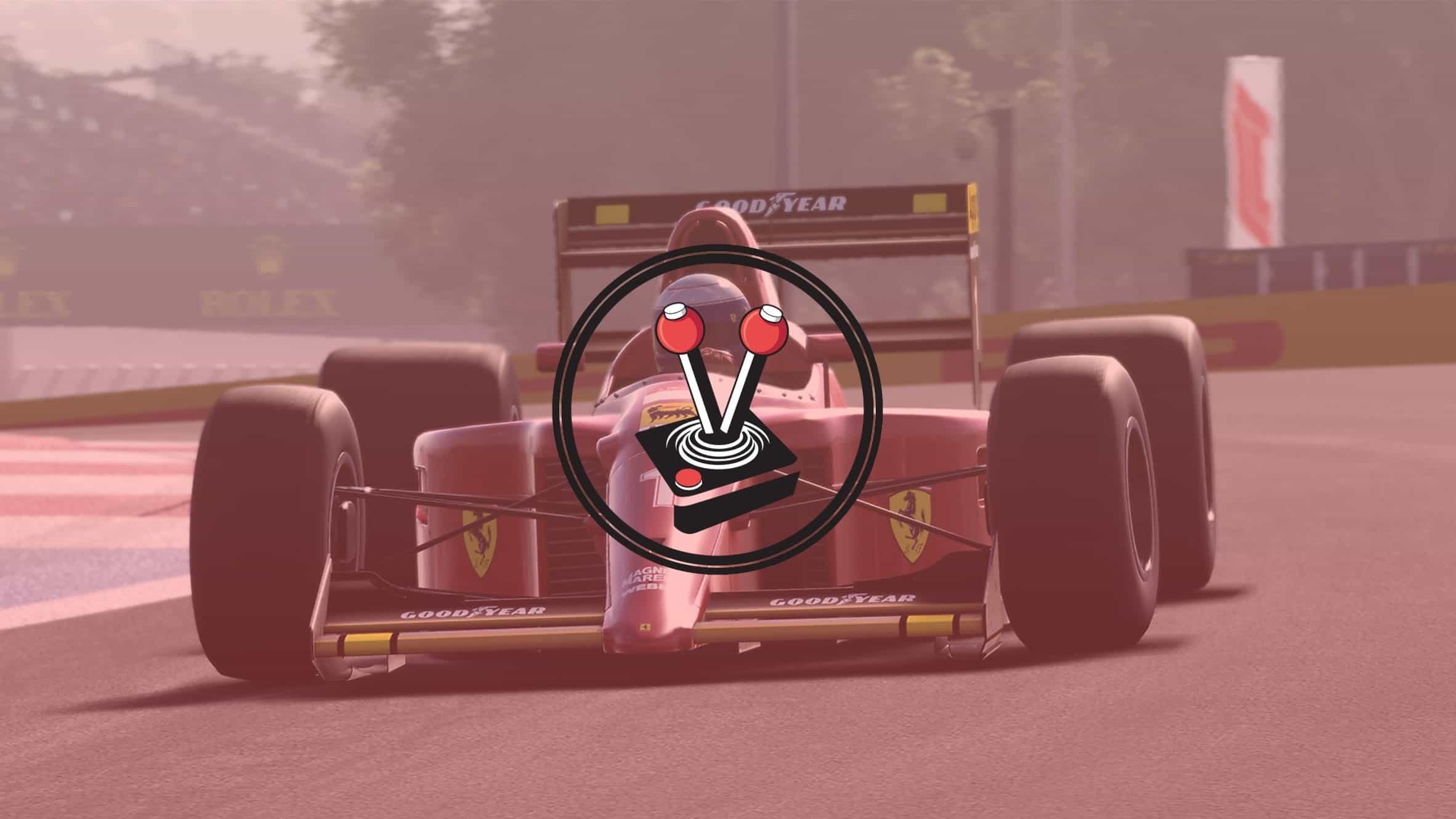 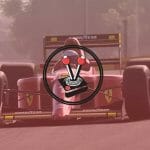 Formula One (F1) has a spectacular legacy. From the roaring 50s, when the sport entered the scene to an unsuspecting world, right through to the marvels of the 21st century and now F1 2019. The latter era being the subject of a major “engine revision” controversy, effectively turning F1 into one of the most “boring” and “predictable” racing genres in the world, but I digress.

Similar controversies that surround F1 in real life, are oftentimes attributed to sports games in general. However, this is not without merit. Many sports video game franchises release annually with nothing more than rehashed gameplay and slightly improved textures. Thankfully, this does not seem to be the case with F1 2019.

F1 2019 is, for all intents and purpose, a worthy addition to the franchise. It is Codemasters’ tenth anniversary in the Formula One franchise, after all. In this Vamers F1 2019 Review, I go over why the game (and the sport) is worthy of a second chance.

I’m Gonna Be The Very Best

When it comes to stories, the F1 video games have never really featured solid narratives. Rather, the F1 franchise has always focused on things such as vehicle details and physics, which are amazing in their own right (more on that below).

With that said, F1 2019 does feature quite a robust career mode. Better still, it seems that Codemasters finally listened to fans. Unlike previous entries, F1 2019 includes a brand-new mode for F2 fans, by way of the official FIA Formula 2 Championship. In a way, the inclusion of F2 lets the game feel like a totally new video game – a game unlike what Formula One fans have ever seen.

In the F2 career mode, players get to experience the story of an epic rivalry between two fictional drivers, both of whom your player character knows personally. It works similarly to The Journey career mode from the FIFA series. It features dramatic sequences strewn throughout normal tournament gameplay, as you and both of your friends try to make it to the top of the F2 ranks. I quite like the inclusion of F2. While it is naturally not the standard Formula One experience, it is a nice addition to the game. It also lets you play around with the vehicles featured in Formula Two.

The F2 section of the career mode is also rather simple compared to the series mainstay. There are minimal requirements that need to be met as you progress, and management is not as strict. Whether you want to play F2 or not, is also up to you. While the game officially starts there, it does let you skip the entire F2 bit altogether. This will let players skip the entire section and just head straight into the Formula One season.

As with previous instalments, there is a pretty robust career mode. For one, you will be playing through ten huge seasons of Formula One goodness. Throughout these seasons, the game will require you to manage things such as backroom staff, press conferences, contract negotiations, and your team. You do all of those things, while also managing your vehicle and ensuring that said vehicle is driven to perfection while out on the tarmac. This is not a question of balancing things either – in many games, you can be good at one thing, while you allow Artificial Intelligence to take care of the others. While this is technically true in F1 2019 too, it is best if you take the time to learn how to become the very best at every aspect of the game. These play into your reputation (sportsmanship vs showmanship), and your team skill (ability). These also directly affect contracts that you are offered and what you choose to sign.

After all of those things have been dealt with, and you finally do manage to make it onto the racetrack; your team will be with you every single step of the way. Seriously. I thought that Dirt 2.0 had an incredible system where your navigator assisted you during rallies, but F1 2019 shoots that out of the water with an immensely realistic take. Throughout each race, your team will relay damage taken, offer possible new strategies, give you race statistics, and even offer advice on what to do next, based on weather, fuel, and a host of other factors.

Career mode in F1 2019 is fantastic. It serves to satisfy the wildest dreams of Formula One – and evidently, Formula Two – fans. It is a robust, nuanced and extremely detailed game mode that does the game, and franchise, justice.

F1 2019 is, by and large, one of the most hardcore simulation titles I have ever played. Sure, there are others that do the job just as well – Forza Motorsport, Project Cars, and MotoGP spring to mind as excellent simulation contenders. However, F1 2019 is now right there at the top with the best!

Throughout the game, you will make all kinds of decisions that will play into how well you perform both on the track, and off. This includes tweaking the engine, managing your vehicle as a whole, your team, the backroom staff, and a heck of a lot more. Do you want to implement DRS and ERS (drag reduction systems), or would you rather let your engine brute force straights and shoot you into pole positions? How will all of that play into the contracts that you signed? Do they require you to be incredible at press conferences, or can you focus solely on racing, with the promise made to actually win a fair few races during the active season?

With that said, it is not all hardcore fun and realistic games. If you are a more casual player and prefer to breeze through racing games, there are options that you can make use of to alleviate some of the pain. The game features toggles to tone down Artificial Intelligence (AI) difficulty, while you can activate assists for breaking and turning. There is also a flashback feature that lets you rewind the race a little bit and undo mistakes.

The nice thing about simulation titles is that they usually offer other game modes beyond the standard career modes, and F1 2019 is no exception. Whether you are a full-blown simulation maniac, or just a casual gamer looking for some Formula One fun, the game offers time trail and online game modes. Time Trial comes in three different flavours: Classic, F1 2019, and F2 2018. There is an additional Grand Prix mode where you get to create your own series of events as well. As for F1 2019’s online offerings, players can expect to see a whole lot of options that mimic real-life tournament rules. In addition, gamers can also compete in both ranked and unranked game modes.

A hot new selling point for F1 2019 (besides the inclusion of the FIA Formula 2 Championship) is the introduction of the Legends: Senna vs Prost mode. In this mode, players get the chance to experience the famous rivalry between these two F1 champions in a series of challenges. There are eight challenges in total, of which players only need to win three in order to earn the two vehicles on offer. Ultimately, the Legends: Senna vs Prost game mode seems a little bit underwhelming. While the vehicles in question, the classic 1990 McLaren MPP4/58 and the 1990 Ferrari F1-90, are incredible to have, the incentive to carry on with the challenges drops off immensely after winning the three challenges and getting the grand prize. This is a rather big bummer considering this opportunity only comes with the Legends Edition of the game.

With that said, I have to mention that the game must have one of the best, most solid and incredible-feeling physics systems that I have ever experienced in a simulation game. Dirt 2.0 really hit the nail on the head in terms of physics, but F1 2019 takes the cake. Mastering gear shifts might be a bit daunting at first, but the most challenging result of a good physics engine is always getting those nasty corners right. Once you do get used to everything, however, it all falls into place like a beautiful puzzle.

AI is also a wonderful addition. Getting around opponents is actually quite challenging, and unpredictable – not something that you get to experience every day. While it may not seem like it, Formula One is a very dangerous sport. Corners are taken at impossible speeds, in vehicles that weigh less than 800 kilograms, with even fewer roll cages and support.

Beyond the AI, the incredibly nuanced simulation, and the inclusion of all the game modes you would expect from a racing title, F1 2019 continues to surprise with the inclusion of vehicle customisation! While Formula One vehicles have to adhere to very strict rules, you can customise colours, patterns, and even numbers to your heart’s content.

Codemasters are masters at what they do. Dirt 2.0 was an incredibly beautiful game. It quite literally set the bar for simulation video games in terms of looks and gameplay. It only makes sense then, that F1 2019 would follow suit.

F1 2019 features some of the most detailed vehicles that I have ever seen in a video game. Textures are incredibly detailed and clear, while models are rendered perfectly to what you would expect. Even when drivers are inside the vehicles, they look great – something very difficult to muster, regardless of what kind of game you are developing.

Similarly, Codemasters seems to have implemented the same incredibly detailed bump mapping and visual changes they had in Dirt 2.0, into F1 2019. Weather is dramatic and lighting adapts beautifully as the weather changes. Players are encouraged to manage their vehicles as their team informs them about impending rain or thundershowers because things can get really tricky, very quickly!

Loading and performance in F1 2019 is also a huge improvement over what even Dirt 2.0 offered. While it is nothing to write home about, it is very scarce scenario that allows for simulation titles to have loading times that are faster than fighting game titles. It is an immense thrill to know that I can jump into a few races, score a few points, and maybe even win a season and sign a new contract, all in the time that it would take me to load into the story mode of competing games.

Wonderful prospect of the next ten years to come

There is no denying that Codemasters do continually improve on their titles. It is quite surprising, however, when said titles are released within months of one another! Going into this game, I might have been admittedly biased – Formula One does have a rather special spot in my heart, after all. However, the facts simply speak for themselves.

F1 2019 has it all: the ability for casual gamers to turn on all features and skip fine-tuning, while hardcore simulation gamers can tune the game to their liking and customise every single little aspect of their games to their heart’s content. Above the wonderfully realistic gameplay, the beautiful vehicles and exceptional weather system, your enjoyment will only come down to how well you can manage every other aspect of the game. Codemasters pulled out all the stops for the tenth anniversary of their annual franchise, and it shows. F1 2019 is an incredible title and a wonderful prospect of the next ten years to come.