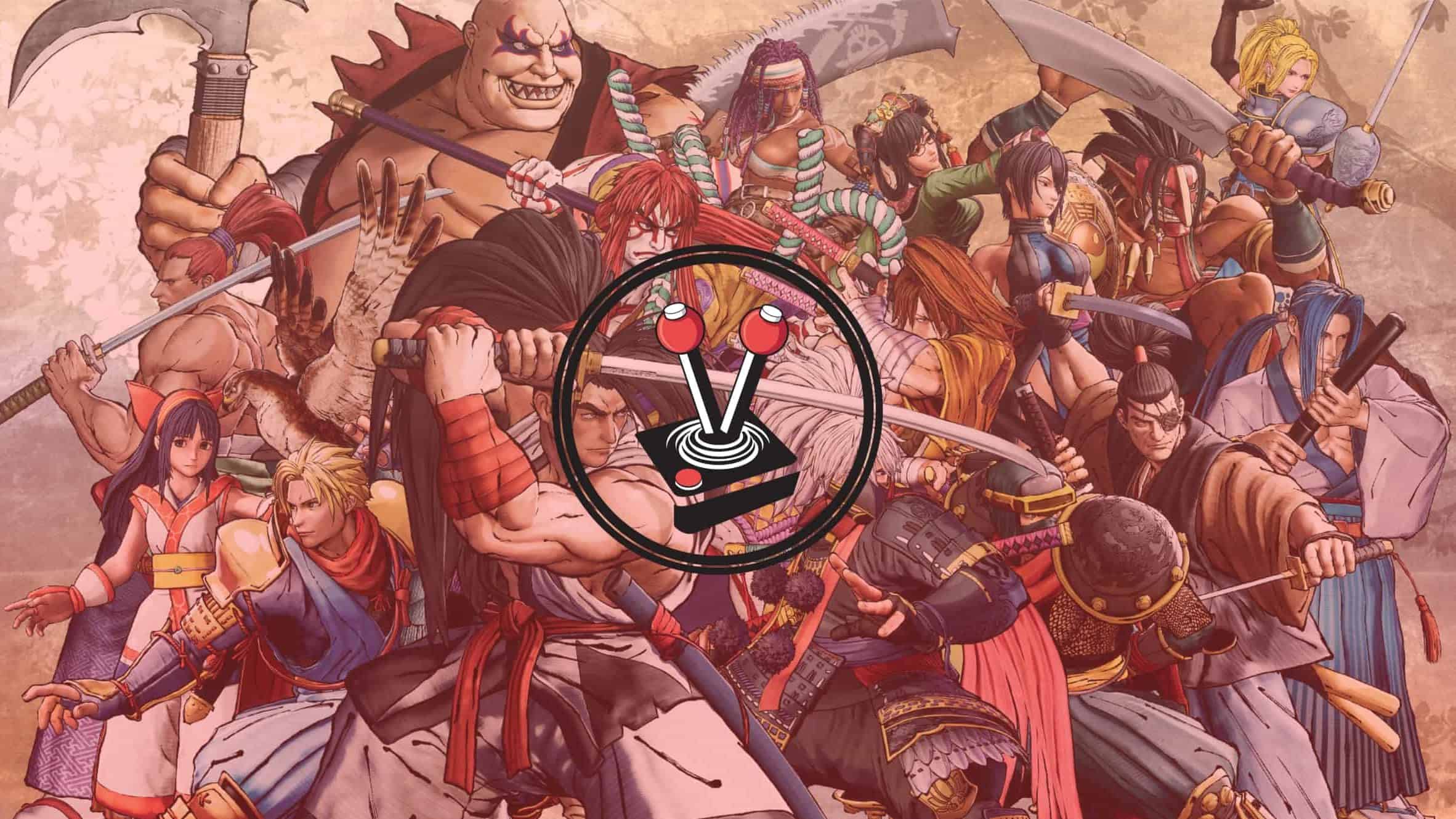 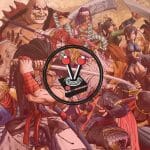 It is easy to say that there are too many fighting games, and for good reason: the genre is saturated with titles. Given the difficulty of breaking into this genre – many games have come and gone without much fan fair (especially in the last few years). Most of those titles, however, were entirely new franchises. What about returning favourites? Samurai Shodown, in particular, is making a huge comeback, and it is actually doing a really good job at it!

The last few years have been filled with great fighting games, like Soul Calibur, Mortal Kombat 11, Killer Instinct, Dragon Ball FighterZ and Injustice 2. There have also been a few that got more wrong than people give them credit for (looking at you, Tekken 7). With that said, most of the aforementioned games are either steeped in deep-pocketed franchises or comic book gold. Samurai Shodown, however, stands above the rest for one main reason alone: it is its own master (source material or licensed brands be damned). In this Vamers Samurai Shodown review, I go over why Samurai Showdown might be one of the best fighting games of the year.

SNK’s return to its admittedly ancient fighting game series, Samurai Shodown, is a spectacular affair. While the game is advertised as a reboot, and while it technically does act as one, it also takes place between the events of Samurai Shodown V and the original. As someone who will always play or watch something in the correct chronological order (as opposed to the intended release order), this seemed daunting at first. What if I miss a reference from previous games? What if there are things that I need to know before embarking on Samurai Shodown?! Fortunately, this did not pose as an issue.

Samurai Shodown acts as a return to the franchise in the best way possible: it is practically standalone. If you do not know the franchise, you can jump into Samurai Shodown and enjoy it for what it is: a great fighting game. Likewise, this means that veterans of the franchise can boot up the game and immediately feel at home. This is particularly great, considering that it feels remarkably like the game it follows on from.

The year is 1787. The Tenmei Era is smackdab in the middle of its tenure and the entire country is in the process of being overwhelmed by war and strife. The game wants you to know that fire, famine, and ruin prevail, all while an astoundingly evil spirit called Shizuka Gozen is running amok. Warriors from all over the world come together in order to investigate the turmoil. Naturally, their investigation is hindered by the evil forces, as characters become possessed and loyalties are tried.

The narrative is pretty sparse beyond the aforementioned plot line (sans a few major spoilers). What I can say, however, is that it is beautifully pulpy. By that, I mean that it is unapologetically cheesy and brutishly slapstick. Cinematics leave a lot to be desired, but ultimately serve their purpose. They are also equally as cheesy and brash as the story, and it is a beautiful aspect to behold (especially if you enjoy campy stories). Also, Darli Dagger and her comically large saw blade, called Libertalia, is bae.

While Samurai Shodown sounds and acts like a cheesy 80s martial arts comedy, its gameplay is as solid as ever. Interestingly, it feels remarkably like the game it is meant to follow up on: Samurai Showdown V.

Although the last mainline entry to be released was Samurai Shodown Sen, that game was a trainwreck. In the eleven years since, I have surmised that SNK went back to the franchise’s drawing board while drawing inspiration from Samurai Showdown V. I suppose this is why it feels so remarkably similar to that title.

There is no denying that Samurai Shodown features solid gameplay. It has a strong and easy to understand control scheme that balances perfectly with a classic combo system. One that is easy to perform, but challenging to master. Like most fighting games, Samurai Shodown features light attacks, medium attacks, and heavy attacks. Each of which is linked to a single button on the controller. It is up to the player to figure out the correct combination button presses, directional input, and the shoulder buttons and triggers in order to grab, pull, throw, and punch and kick opponents into oblivion.

With that said, pulling off great combos is challenging, but oh-so-satisfying. The game knows this, which is why it comes with a neat little tutorial that will get you kicking and punching in no time. The tutorial covers the basics exceptionally well; while neglecting to mention that different characters play in wholly different ways. Personally, I love this aspect of the game – mastering different characters and finding the ones that you prefer. However, I do get how this is a subjective matter that most players will find jarring or possibly even consider as a negative.

Given how every character plays differently, gamers will be pleased to learn that the game has a 16-character roster. So there is a lot to enjoy, and much trial and error to determine favourite characters. From the story mode, all the way through to Battle, Dojo and Practice modes; players will be kept busy for a long time. Even if these game modes become stagnant, online multiplayer will liven it up in quick succession.

With that said, most of the game modes offer a lot of replay-ability. In the Battle mode, there is an AI mechanic to keep gamers playing. Battles are literally just a basic Player vs player, or player vs CPU mode where each player selects a character and a stage, and then they continue to duke it out. It also features a gauntlet mode where the player selects a character, and then proceeds to fight against every other character in the roster. A survival mode pits players against an endless bout of enemies; and a self-explanatory time trial mode is also present.

The Dojo, on the other hand, is something rather unique. It is an online-only game mode where players go up against other players using their ghost data. Ghosts are artificial intelligent entities within the Dojo that players teach through fighting in the game. Ghosts can be trained by fighting any match while online. Once a ghost has learned how to fight like the player, players can upload them to the Dojo where they will fight against other ghosts. Ghost Matches are essentially basic fights, while the Ironman Challenge pits players against ghosts in an onslaught of 10, 50, or 100 opponents.

Beyond the battle modes and the dojo, players can also join in ranked matches, or swim by any chosen stage to practice with their favourite characters. While the game modes are admittedly nothing to write home about, there are enough reasons to keep players engaged long after finishing the campaign.

It helps that the incredible roster of characters keeps things from getting old really quickly. From the onset, there are 16 playable characters, with an additional three unlockable; and a bunch more coming in future content releases. To SNK’s credit, all characters are also incredibly well thought out. So much so, in fact, that none of them ever felt like rehashed characters based on fighting game tropes.

In terms of characters, Darli Dagger is easily my favourite character. This is not because she is a badass pirate chick with purple dreads and a huge saw blade at her side. Rather, it is mainly because she, along with every single other character, has been designed with incredible love and attention. It is clear that Samurai Shodown is a passion project for SNK, and it shows.

One of the most striking aspects about the game is not its incredibly brash audio presentation or character designs. Rather, it is its unusual visual representation. The game looks eerily similar to games such as Tekken and Street Fighter, while seemingly managing to stand out from the pack.

Colours are not afraid to pop, and the animations are surprisingly smooth. This is especially evident when looking at the various stages made available to players, many of which are tied directly to characters. Hanzo’s stage, for instance, is Kumanokodo, a dark forest featuring trees, a shrine, lamps and statues with a lot of vegetation. There are even life-like deer and bears on Nakoruru’s stage, Kamui Kotan! On the other hand, you get the Hall of Minerva, Charlotte’s stage, which features portraits of all the characters in the game. It also has a big vase filled with roses.

I mention these seemingly trivial things because they do nothing more than pop out. In so doing, however, they make the stages memorable and interesting.

I will say, however, that loading times need a lot of work. While they are not particularly lengthy, they are everywhere! I can not attest to the various updates that the game is said to get in the near future, but the pre-release version that I played had noticeable hiccups. These not only broke the game’s immersion, but they also served to frustrate quite a bit. There is nothing worse than sitting through a loading screen after every two-to-three minute match.

RETURN OF A LEGEND

It is bold of SNK to state that Samurai Shodown is the “return of a legend” in marketing materials. All before it has even managed to gauge popular opinion. Fortunately, the statement has truth to it.

Samurai Shodown not only brings the franchise back after more than a decade of dormant waiting; but it also manages to bring the franchise back to form. Gameplay mechanics are insanely solid, and characters and stages are presented in the wackiest and pulpiest of ways. The franchise does not take itself too seriously, which is a breath of fresh air in a world where games tend to get too serious.

The game is not perfect, however, and there is definitely still room for improvement. This includes the insane amount of loading that the game lets players sit through; as well as the lack of game modes. With games like Mortal Kombat 11 and its tower mode, or even Dragon Ball: FighterZ with its tournament modes, I am a tiny bit spoiled on game modes and loading times (or lack thereof).

Samurai Shodown is an incredible game – a fact that I definitely did not expect when the code arrived in the mail. It has a few things that bar it from being outstanding, but it does a fine job of shaking off any ill feeling with the amount of good it possesses. This really is the return of a legend.