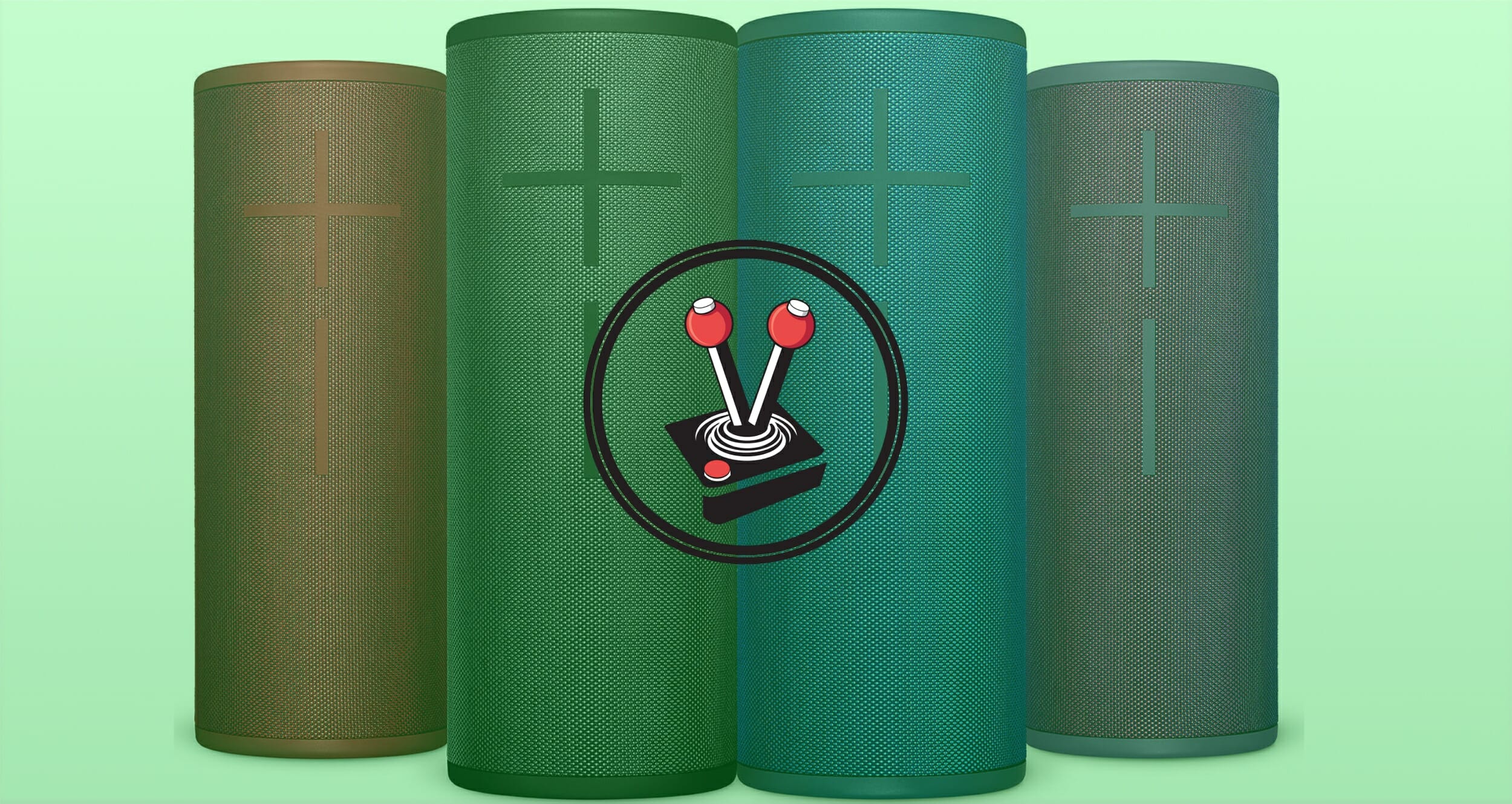 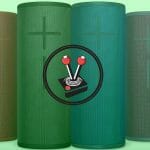 There are currently a plethora of Bluetooth speakers available in stores. They range from fairly well priced, to extremely expensive. This makes it challenging to find a speaker to suit your needs. However, this is where Ultimate Ears comes in. The Logitech born company wants to create high quality speakers that are both affordable and feature packed. With this in mind, the company has released the Ultimate Ears Boom 3 and Megaboom 3 – two of the best portable speakers on the market today.

Portable speakers are wonderful companions when family and friends are over; when you are out-and-about (hiking or camping), and even when you want to chill to some relaxing beats while working at the office. In this regard, the tiny Sony SRS-XB21 completely blew me away. However, I do believe that there are two new kings in town with claims to the throne.

The Ultimate Ears Boom and Megaboom speakers are currently in their third generation. The original hexagonal, yet somewhat cylindrical designs, have become iconic. They have always stood out amongst the masses of round and pill-shaped speakers. In 2019, Ultimate Ears has updated both of its cylindrical speakers with a new, fresh, and completely round pillar design. Much like previous generations of the speakers, the Boom and Megaboom are identical when it comes to the feature sets. The only area in which they differ is size. The Boom 3 is smaller and more portable, whereas the Megaboom 3 is larger and louder.

By default, you can pick up the Megaboom 3 in Lagoon Blue, Nightblack, Sunset Red, and Ultraviolet Purple. The Boom 3 comes in the same colours, but also has the addition of Cloud, Denim, and Storm. If these colours do not tickle your fancy, then you could also try out myBoom. A new service that allows customers to customise their Boom 3 to their own tastes. Want a stormtrooper-inspired look? That is certainly possible! As cool as myBoom is, it is only available via the Ultimate Ears website (international), and it sadly does not ship to South Africa (yet).

In my opinion, it is clear how Ultimate Ears wants to unify their entire range with the Boom 3 and Megaboom 3. These new speakers clearly take design cues from the Blast and Megablast – UE’s more expensive range of speakers. This much is evident by how much more cylindrical the new speakers are. Featuring a full-mesh design wrapping around the entire unit, except for where it is broken by a solid rubber line. I think it looks great.

According to Ultimate Ears, the new Boom 3 and Megaboom 3 support the Ultimate Ears Power Up charging dock accessory – one of the most popular accessories from the Blast line of portable speakers. Courtesy of this new addition, the Power Up dock completely takes over the bottom of the speaker. This modification has moved the USB charge port to the side of the device. This is a great change as it allows the Boom 3 and Megaboom 3 to remain standing when charging. Something Boom 2 owners could never do, often having to place their speakers on their side or flip them over to charge them.

One of the best features of the UE Boom 3 and Megaboom 3 is that they have a pair of big volume buttons running down their sides. While they are nowhere near as accessible (and obvious) as the previous model, they are still nice and easy to spot, but can be a tad difficult to press. As such, I almost always had to wrap my entire hand around both units when I wanted to change the volume using the buttons. The reason for this is because the speakers have to stand by themselves when not connected to the Power Up accessory – and the force needed to push the buttons often resulted in the units moving. A quick and easy solution is to simply control the volume from the Bluetooth device currently connected to it – such as your phone.

I am of the opinion that the Ultimate Ears Boom 3 has gone largely unchanged on the inside. This is by no means a slight, as the speaker performs very well. Its bigger brother, however, has received quite the upgrade. According to Ultimate Ears, the new UE Megaboom 3 now packs a passive radiator offering an improved bass response. Both units, however, still feature seemingly undying batteries. The rechargeable lithium-ion batteries last for up to 15 hours in the Boom 3, and 20 hours in the Megaboom 3. More than ideal battery life.

Weirdly enough, people who purchase the Megaboom 3 will be fortunate enough to receive both a cable and a power adaptor in the box. The tinier Boom 3, however, only includes a charging cable. I am uncertain why the tinier model does not include a power adapter. Despite this, I assume most homes would have a USB charger of some kind, so it should not be a major issue. On another note, both devices charge well enough with any iPad or Android fast charger.

From its cool-new cylindrical design, all the way through to the Megaboom 3’s fancy radiator, both units sound great at almost all enjoyable ranges – both distance and volume. What I found interesting about the Boom 3 is how its audio clarity remained solid, despite the sound resounded off the walls in my living room. While my space is a tiny one, I have noticed how the smallest of speakers would often cause a very bad distortion (possibly from poor bass management). This is something the Boom 3 almost never did. The Megaboom 3, on the other hand, is incredible. It features a high level of clarity with some exceptional bass management. With that said, both speakers do tend to distort a bit at 100% volume. As such, I would recommend keeping the volume around 70%-80%, which should be more than enough for most outdoor and office space scenarios.

Editors note: What surprises most about these speakers is how Ultimate Ears have crammed great audio quality into a build that is sturdy, strong, shock proof, dust proof and water proof (IP67 rated – depth of 1 metre of water for up to 30 minutes). It makes them ideal for basically any scenario. Not once did we feel like we needed to be overly protective of these speakers. If they were bumped over or dropped accidentally, we knew they would be fine. Something that cannot often be said for modern technological devices.

Beyond the normal Bluetooth capabilities, the Ultimate Ears Boom 3 and Megaboom 3 can both be controlled and tweaked via the Boom & Megaboom app. This app, which is available on both the Apple AppStore and Google Play Store, unlocks the full potential of the Boom range.

The Ultimate Ears app is a pretty robust affair for what these seemingly straightforward portable speakers. The new “Magic Button” – a recent addition that just became available as our review unit arrived – lets you play, pause and skip tracks, and it also lets you set up one-touch playlists from Apple Music and Deezer. Thus allowing you to play your favourite playlists from those services, with a single touch of a button.

Furthermore, the app also lets you change the equalisation (EQ) of the speakers to fit better with both the space it is in and the kind of media streaming through it. As such, I had my Boom 3 set up for “cramped spaces” when listening to podcasts, and flat when listening to music (since I do not like songs with artificially inflated bass). The app also lets you link up a maximum of 150 Boom speakers, and have them all play the same track in sync. That is a heck of a lot of Boom speakers! If you are reading this Ultimate Ears, reach out to us as we are keen to test it out and possibly make a video of it.

Beyond the Ultimate Ears app, the speakers themselves will hold onto most Bluetooth devices for up to 45 meters. They can pair with up to eight devices, and connect to two active devices at the same time. Especially good for when you and your partner are sharing one speaker.

The Ultimate Ears Boom 3 and Megaboom 3 may not be the cheapest Bluetooth speakers out there (starting at R2 699 on Takealot), but they almost certainly are the most well-rounded of the lot. I loved the Sony SRS-XB21, and I still do. However, the reason I never picked it up as a daily driver is simple: it is sporty and the strange stubby design simply never fit into my lifestyle. In contrast, the Boom 3 (my preferred model) fit like a fat water bottle in my hand. I could grab it whenever I needed, and take it with me wherever I wanted. Its cylindrical design made it easy to drop next to my towel at the pool, and even easier to change the volume whenever I left my phone inside the house.

As great as these speakers are, there are a couple of things I wish were better. For a start, I wish I could just tap on the volume buttons instead of pressing them as hard as is currently needed – but I get why this is the case. The Ultimate Ears Boom 3 and Megaboom 3 are water- and dustproof, as well as resistant to drops. As such, it needs to be robust. They more than fulfil that promise. Secondly, I do think the omission of a power adapter in the box for the Boom 3 is silly. It would be nice to have, and ensures the speaker can be charged – just in case someone does not have any extra USB chargers lying around.

To my benefit, I ended up using the Ultimate Ears Boom 3 pretty much every single day since receiving it for review. Now that it is time to give it back, I have to say: I will likely be saving up and getting myself one just like this (I beautiful purple one). The Megaboom 3, on the other hand, is perfect for people who want proper room filing audio and the added benefit of super long battery life. Both models sound incredible, fit in everywhere you go, and can connect to a seemingly unlimited number of other Booms for the ultimate party experience. You know, for those of us with more than three friends.