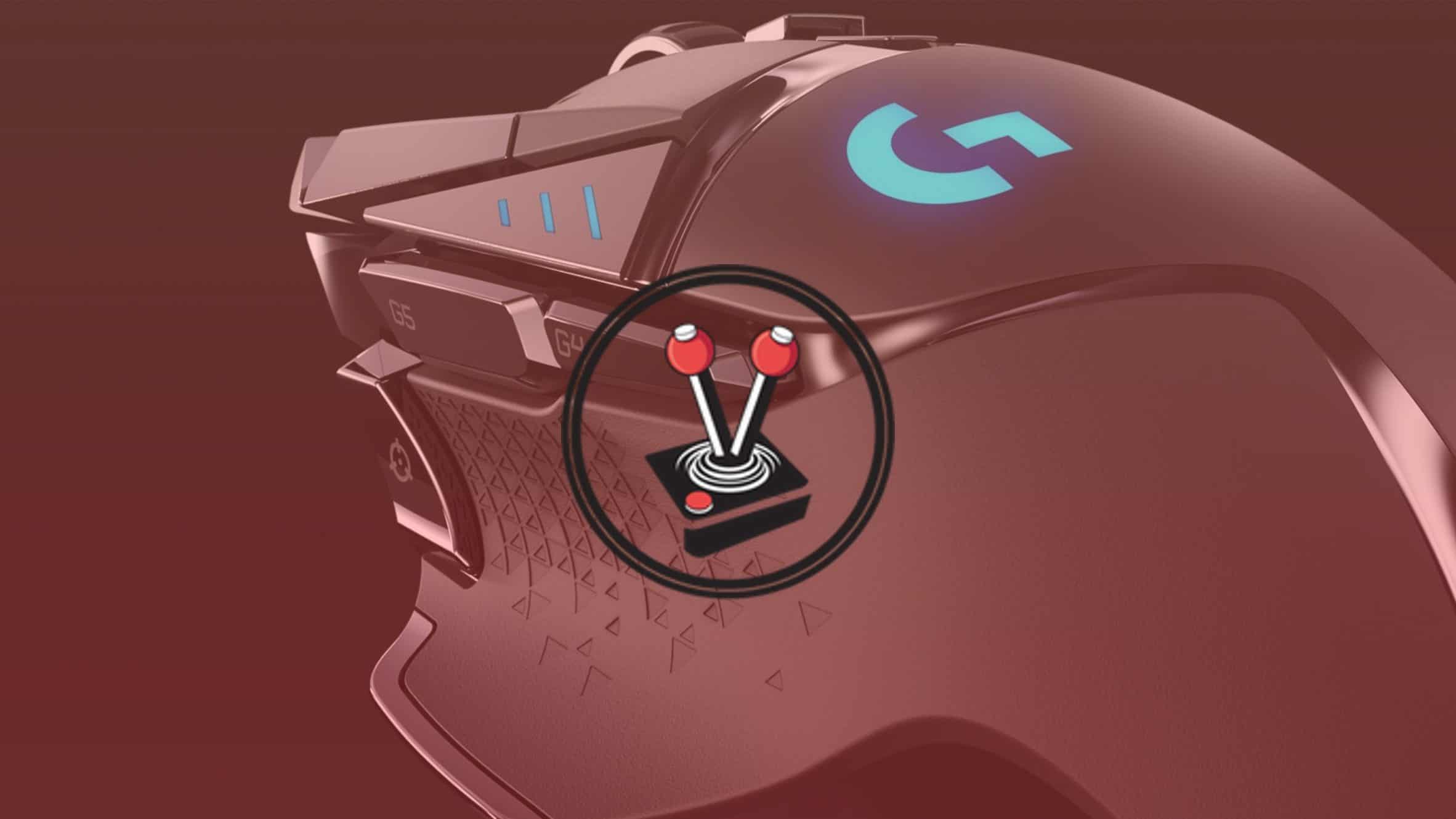 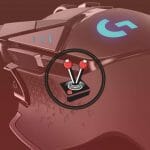 Get it Here (not available in SA yet)

Logitech is arguably one of the leaders in computer hardware peripherals. While the company may have initially been reserved in hardware design and innovation, they have grown increasing more confident over the years. They now manufacture, what I consider to be, some of the world’s best hardware. A point driven home by the Logitech G502 Lightspeed.

I have had my Logitech G502 Proteus Core since the mouse became available locally, and I have not felt the need to replace it in the four to five years that I have had it. Sure, the Proteus Spectrum introduced RGB lighting, while the HERO introduced a brand-new sensor and reworked weights. Even so, the draw to upgrade was missing. At least, that was until my hands on time with the Logitech G502 Lightspeed.

The G502 Lightspeed builds upon what made the original G502 great, and cuts the chord at the same time. It truly is an exceptional device. In this Vamers G502 Lightspeed review, I go over why I would consider making it my new daily driver.

If you pair them side-by-side, there is no denying that the G502 Lightspeed is a dead ringer for the G502 Proteus Spectrum. It looks exactly like the mouse we all know and love, sans cable, and it is perfection.

According to Logitech G, the entirety of the insides of the mouse has been redesigned from the ground up, in order to make the transition into a wireless peripheral possible. This means that the company painstakingly engineered the world’s best gaming mouse, to look exactly like the world wants it to, while still giving it the upgrade it desperately needed. What a very Porsche way to go about it. However, gamers do not really care about the painstaking engineering feats needed to pull this off. Rather, they care about RGB and buttons. So let me get that out of the way real quick: it has RGB, and it has buttons – controllable ones, in fact. As per G502 custom, it also has weights (more on that below)!

The core of the G502 Lightspeed is its new 16 000 CPI HERO sensor (the same one from the G502 HERO). It is rated at 400 IPS (tracking speed), which means that it will hardly ever drop tracking or stutter when lint or dust comes between the mouse and mat. Likewise, the HERO sensor ensures that it tracks at a maximum of 16 000 CPI (counts per inch) for those of you who want to move your hands as little as humanly possible; while also taking up as little power as possible.

The G502 also boasts several mechanical buttons all around its chassis. The Lightspeed’s buttons, in particular, are clicky, and not too sensitive to the touch. They also remain where they were on previous iterations of the model, ensuring that their spacing is perfectly familiar. All in all, you can expect two thumb buttons right above where you would rest your thumb; a single button before the thumb rest that dictates the G-Shift profile (more on that below); two DPI buttons above the thumb button, and two buttons in the middle of the mouse, right behind the wheel – one for unlocking the wheel, and another for profile switching. Furthermore, the hard anodised scroll wheel boasts its own three functions: click it for middle mouse button, or tap it left or right to scroll in those respective directions. If you unlock the wheel, it goes into a freeform scrolling mode that seemingly feels weightless; while it has hardware steps built into it when locked.

Unique to the G502 Lightspeed is that it takes the design of the G502 and cuts the cord (making it wireless). The good news is that Logitech managed to do it expertly. In terms of battery life, the mouse charges quickly and painlessly thanks to an included braided cable. While not scientifically accurate in the least, I counted around 90 minutes from around 2% empty, to full. Beyond that, the battery boasts around 60 hours of continuous use, or around 48 when RGB is factored into it.

As with the G502 Proteus Core, Spectrum, and HERO before it, the G502 Lightspeed also boasts customisable weights. This ensures that, regardless of who you are, the G502 will always be perfectly weighted for you. Inside the box, you will get a nice little casing that holds optional 2 gram, and 4 gram weights. These can be added to the bottom of the Lightspeed chassis for ease of comfort. I have always liked weighty peripherals, and the mouse is no exception. As such, I added the entire extra 16 grams to the mouse, and it makes a world of a difference.

Despite being a brand-new mouse, the G502 Lightspeed keeps the fan favourite G502 design and changes it up in the best way possible. It has never been Logitech G’s fanciest, speediest, or even its most inclusive (thanks to its right-handed design) mouse, but it has been one of the company’s best. This has not changed in its new hardware.

Hardware aside, and since the G502 Lightspeed is a new product (released after 2018), users will have to download a brand-new software suite to get the most out of the mouse, and this is where things get a little iffy.

Some time ago, Logitech G announced a new software suite called Logitech G Hub. The aim is to bring all of the latest Logitech G products together in one easy to use platform. While the company managed this, for the most part, G Hub is not without its issues. From random crashing, to devices not being recognised, and profiles being forgotten by said devices; Logitech G essentially released early access software into the world, and forces anyone who buys a new product to use this software. Especially if they care about profiles, RGB, or CPI changing.

My qualms with the software aside, the G502 Lightspeed is a rockstar of a gaming mouse. By pairing it up to your computer and downloading the necessary files via G Hub, you can change pretty much every aspect of the mouse. This includes switching any number of mechanical buttons with functions that you would much rather use, as opposed to their default functions. Tired of using the thumb buttons for forwarding and backward functionality? Make them copy and paste instead.

Alternatively, the mouse also boasts a G-Shift button right before the thumb rest. This button, when held, will automatically shift the CPI down to a much slower rate, effectively making it a “sniping button” as many gamers have dubbed it. However, it also comes with the added functionality of acting as a function or an alternative key. This allows you to switch any of the button functionalities with what you wish, only while the G-Shift button is held. Keep the default forward and back, but G-Shift and they temporarily turn into copy and paste.

Another neat feature of the G502 Lightspeed is its ability to work with Logitech G’s fancy Powerplay charging mat. This allows you to charge the mouse while you use it, effectively ensuring that you never need to plug it into a computer to charge. I could not test these features in my time with the device, but it is quite a selling point!

While I did not appreciate the long wait, it was all worth it. Logitech G managed to bring back the mouse that everyone loves, in the best way possible. Whether you want it light or heavy, it feels good in your hand; it boasts complete programmability and can be adjusted to any scenario using the Logitech G Hub suite; with the G Hub being its only downside until Logitech gets that figured out.

The Logitech G502 series of gaming mice have always been reliable, fairly well-featured, and robust. The G502 Lightspeed builds from a well-supported base that has slowly been refined over five years. From the Core design, through to the RGB functionality adding a Spectrum of colour, and even with the inclusion of the excellent HERO sensor; it is now the only mouse I would recommend for gamers. The wireless features of the G502 Lightspeed are simply the cherry on the top of a fantastic product.