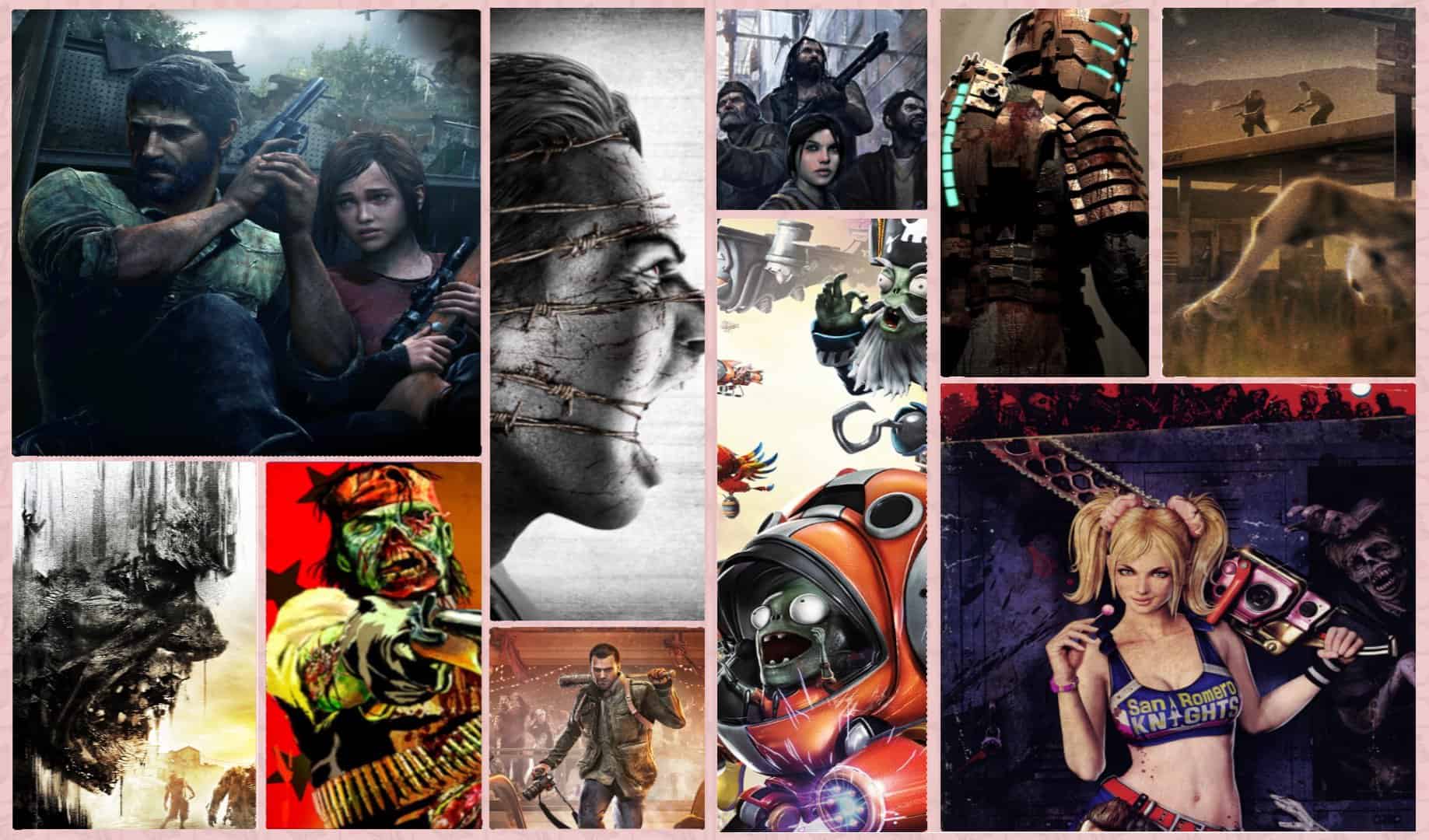 It is no secret that zombie games are a dime a dozen. Whether they include actual George A. Romero style zombies or just some plant and pandemic variation thereof, it usually makes no difference concerning whether they are good or not. Zombies want to eat your brains, and most of us will die fighting them off. I know I probably would, and I did in Sony Bend Studio’s newest Days Gone. An open-world zombie action-adventure title that, sadly, does not have a place in this list of 10 Zombie Games To Play. Let me tell you why.

In Days Gone, you play as Deacon St. John. A man who rides as a bounty hunter and mercenary with his friend, Boozer. Before the events of the game begin, a pandemic decimated most of the populace of the world. Those who became ill and survived were turned into freakers. I recently reviewed the game, and I explain why it leaves a heck of a lot to be desired. I was honestly glad to be rid of the game, but something curious happened afterwards: I still wanted to stick a knife into some zombie faces!

As such, I took to memory, to sift through a list of 10 Zombie Games to play instead of Days Gone. You know, because they are likely cheaper and guaranteed to be better. In this list, I take a look at a bunch of titles that will prove to be just as entertaining as the hot new (albeit stinky) kid on the block. 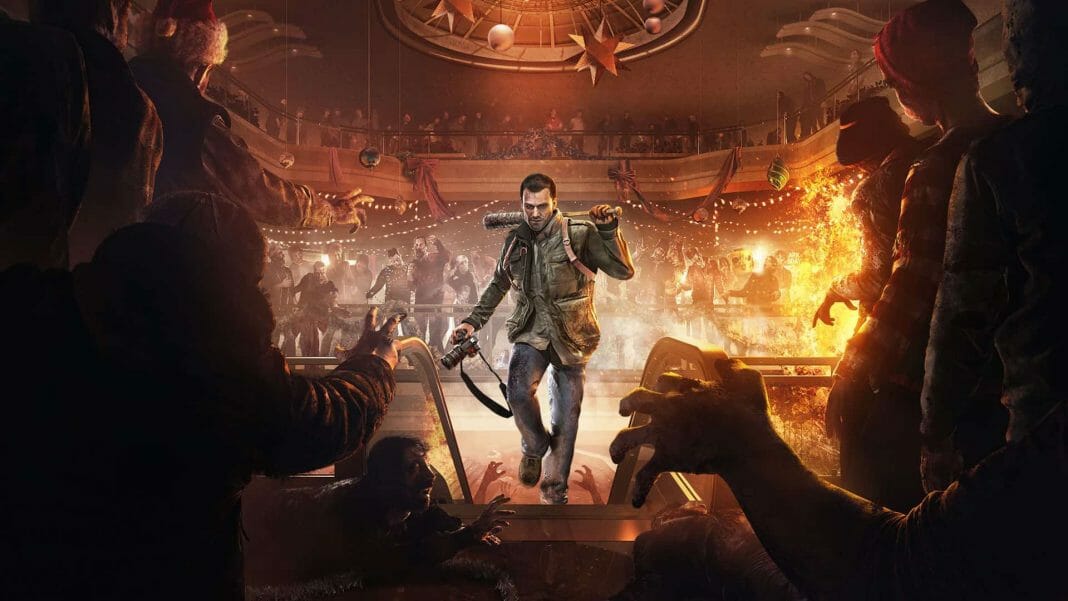 I will be the first to admit that Dead Rising is an overrated series that once showed promise, before devolving into a murder and gore fest. However, I will also admit that it is admittedly way better than the latest zombie game to hit the market, by far.

Dead Rising 4, in particular, goes back to the roots of the series while also bearing the same nonsensical fare that made the other games in the series fun to play. Hence why it deserves a spot in this list of 10 Zombie Games. It takes place in a pseudo-open world, where you play as Dead Rising protagonist, Frank West. He is as lovable as he is relatable, in an asshole sort of way. He is also a master at do-it-yourself weaponry and zombie killing. Name a more iconic duo, I shall wait. 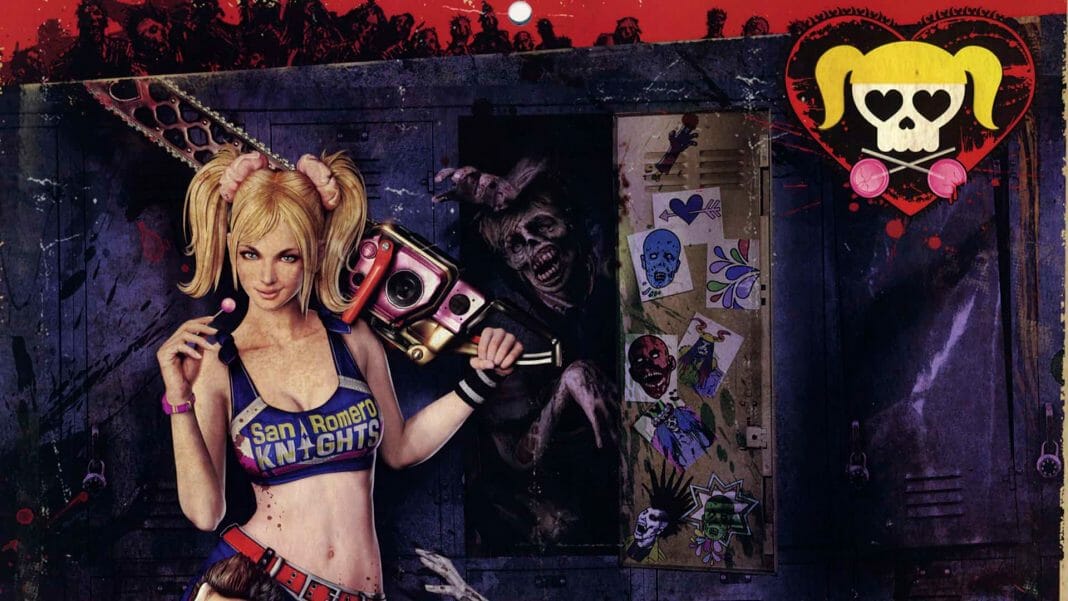 A true hack and slash that any gamer must experience at least once in their life! Lollipop Chainsaw is a wonderful little title that released all the way back in 2012 for PlayStation 3 and Xbox 360. It may be old by today’s standards, but the game’s campy nature and incredible gameplay still remain as an excellent example of controls and voice over that I wish more modern games had. I am specifically looking at you, Days Gone!

Lollipop Chainsaw officially classifies itself as an action game, but it really plays way more than a hack and slashes with visual novel elements. Truth be told, however, it actually features a whole lot of mixed media design – something that changes as the need arises and does not overstay its welcome. In it, you play Juliet, a high school cheerleader who must rid the school of zombies and get to the bottom of the evil uprising. A must play addition to this list of 10 Zombie Games to play. 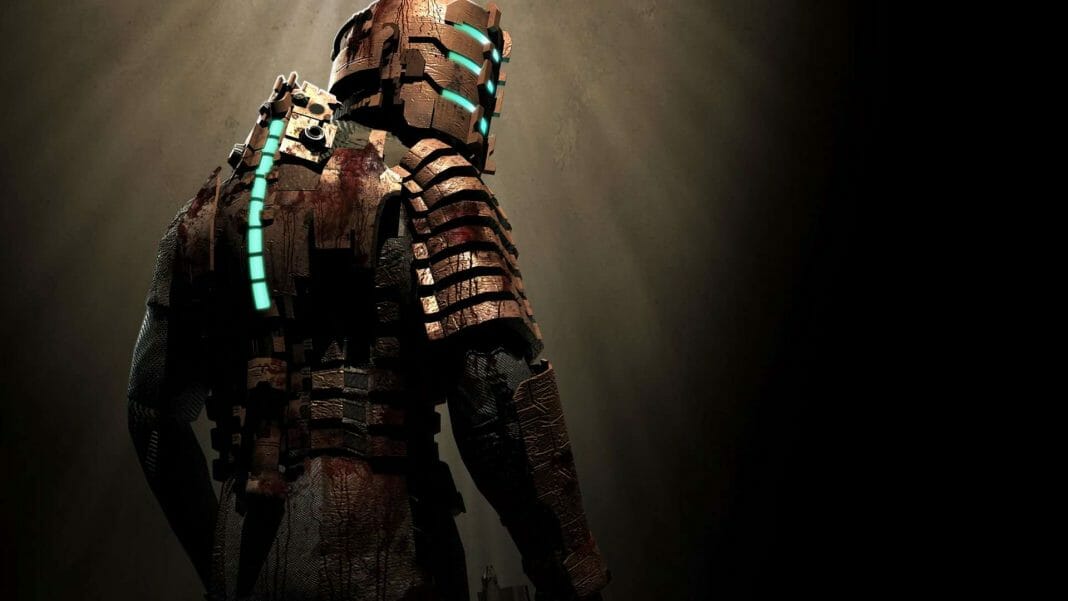 If you like undead creatures, thrilling narratives, and a heart-wrenching and scary atmosphere, Dead Space is the franchise for you. Not only is the franchise an absolute marvel in terms of third-person horror, but it also delivers incredible gameplay that fits with the protagonist, and the world he is thrust into.

The first Dead Space, in particular, is an absolute marvel. In it, you play as Isaac Clarke. A systems engineer who is part of a rescue team called to check on the USG Ishimura – a massive planet-cracker class mining vessel. Not long after you and your crew have boarded the Ishimura, everything goes wrong, and you are left to fend for yourself as you figure out what caused the mess in the first place. Dead Space has the best atmosphere you will find on this list of 10 Zombie Games to play, hands down. 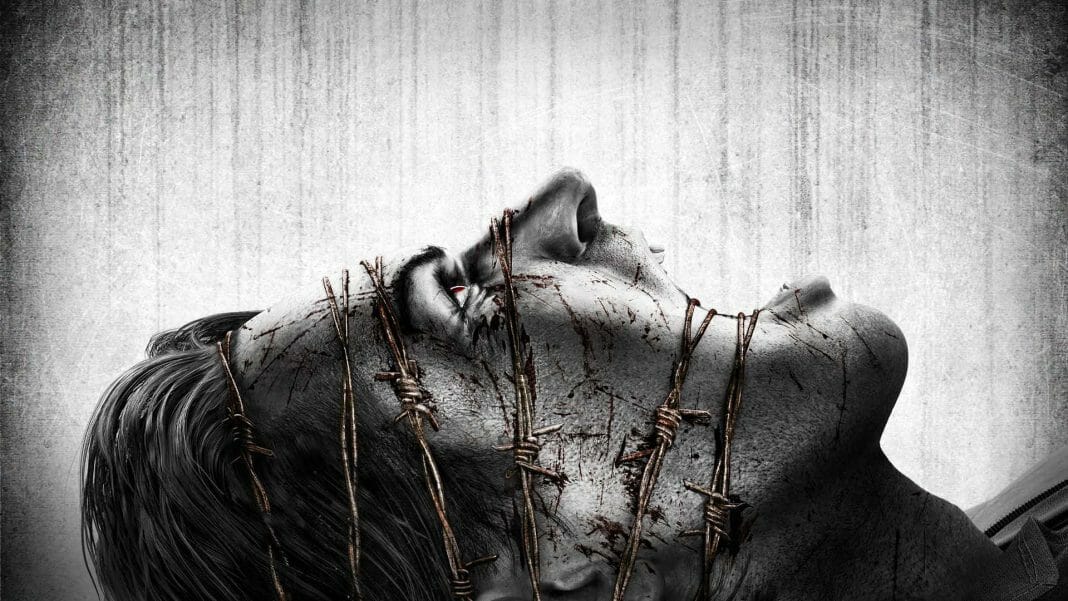 Where Dead Space is as western as you can get in terms of narrative horror, The Evil Within is arguably very Japanese. Especially in this list of 10 Zombie Games to play. The game is a third-person action title that focuses on world building and combat. It also has its fair share of puzzle solving and tense boss encounters that are truly out of this world.

The protagonist of The Evil Within is Sebastian Castellanos. He is a detective who is pulled into a disturbing nightmarish world where dimensions become blurry and the question of whether it is all just in his head, takes centre stage. It may not be as horror-centric as some of the other games on this list, but it relies heavily on tense beats built up by atmospheric chase scenes; where a single wrong move can mean your death. 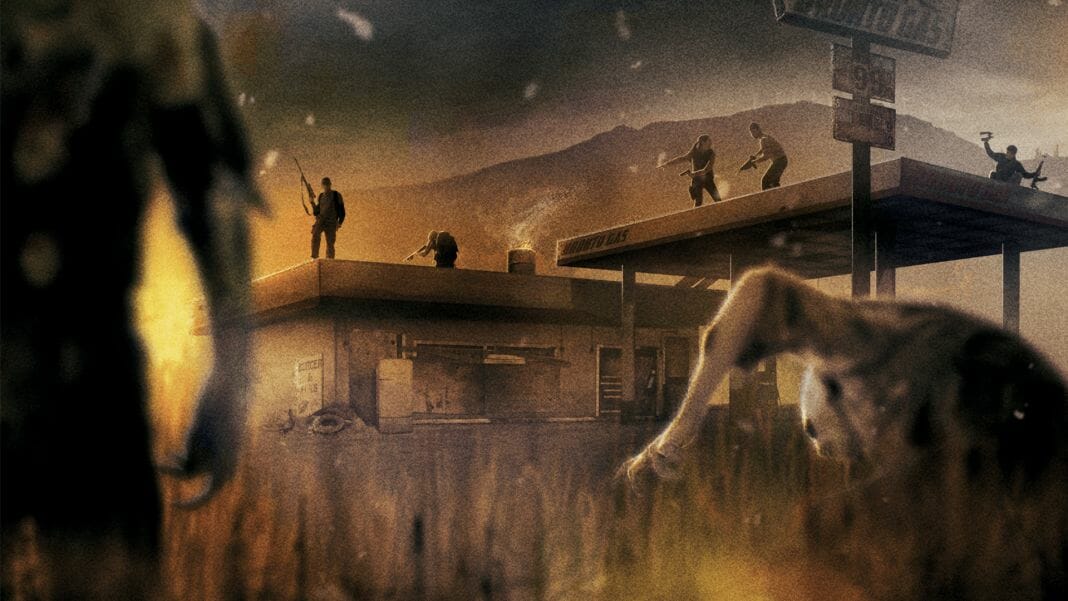 Look, I do not care what you say about survival elements in Days Gone. Simply put, they do not come close to the elements featured in State of Decay. Unlike other games on this list of 10 Zombie Games to play, State of Decay focuses solely on stealth, evasion, and resource management. Sure, it has combat, but that is not what the game is all about. It knows what it is good at, and does everything in its power to make the player experience that, instead of anything else.

In State of Decay, the whole point is to survive. In the game, you and the survivors that you find must scavenge for pretty much any and all kinds of resources. You use these to strengthen your base, which in turn strengthens the community’s collective chances of survival. The game also has a campaign, but it is an open-ended survival fest for the most part, and it is great. 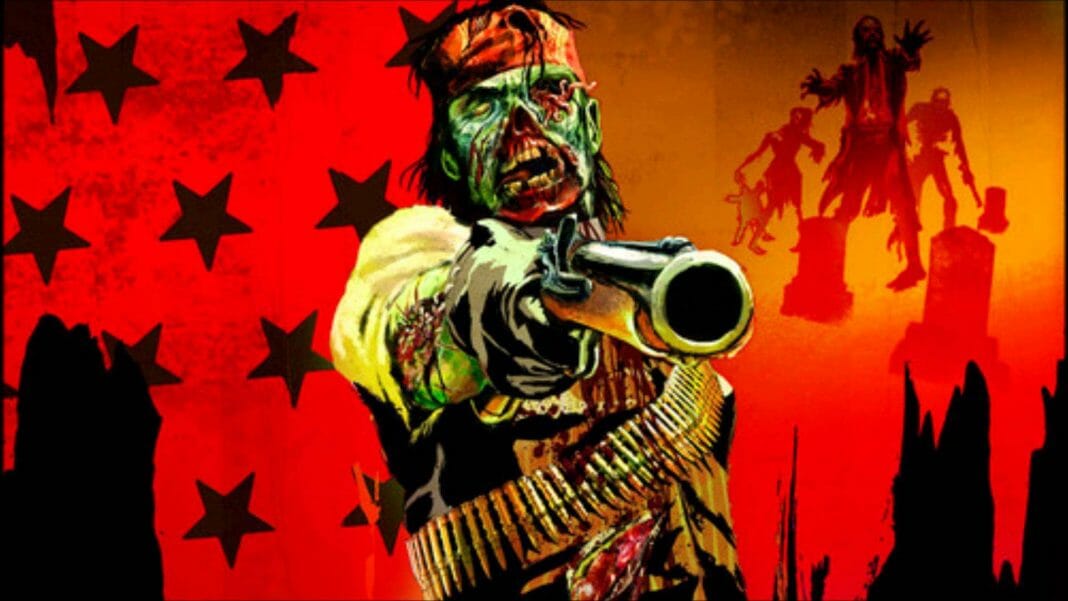 You know it is bad when your game is outclassed by downloadable content (DLC)! Undead Nightmare is a standalone expansion to the 2010 open-world western, Red Dead Redemption. Even then, it deserves a space on this list of 10 Zombie Games to play instead of Days Gone. The add-on introduces a brand-new zombie horror single player campaign, as well as two multiplayer modes to the already incredible title. The best part is how it does not take away from the main game at all. Rather, it just adds a zombie plague and story to an already well polished game.

Red Dead Redemption: Undead Nightmare puts players in an alternate timeline to the game’s main storyline. Here, the protagonist John Marston must seek out a cure for the deadly virus that has turned his wife and son into zombies. It features the same open-world elements of the base game, but now John must liberate towns from zombies, and complete hundreds of side missions as well. 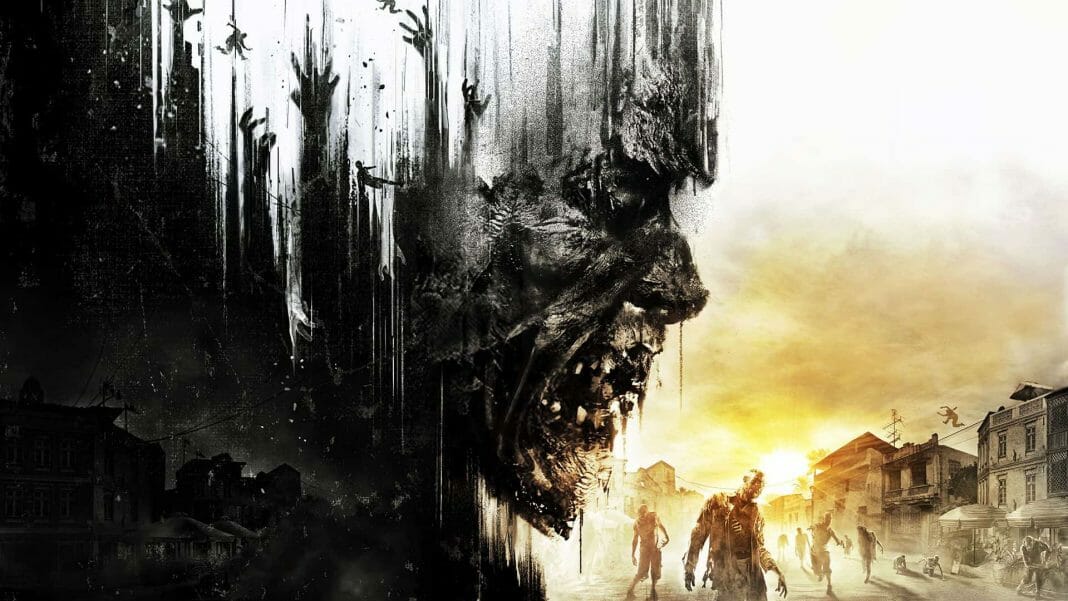 When it comes to parkour, open-world gameplay, and a heavy emphasis on freeform combat and first-person progression, Dying Light is the game for you. It is an open world first-person title where pretty much anything you see on the ground can be picked up and used as a weapon.

The story is pretty good as well. It revolves around an undercover agent named Kyle Crane, who the player controls. It is your job to infiltrate the city of Harran, where professional athletes and those who are strong-willed with good immune systems have taken to rule. It is an isolated city, cordoned off from the rest of the world by a strong military force. The story is pretty cool, and it offers interesting beats that emphasise the strong elements of the game and its inhabitants. Nothing far-fetched here, just good ol’ gameplay. 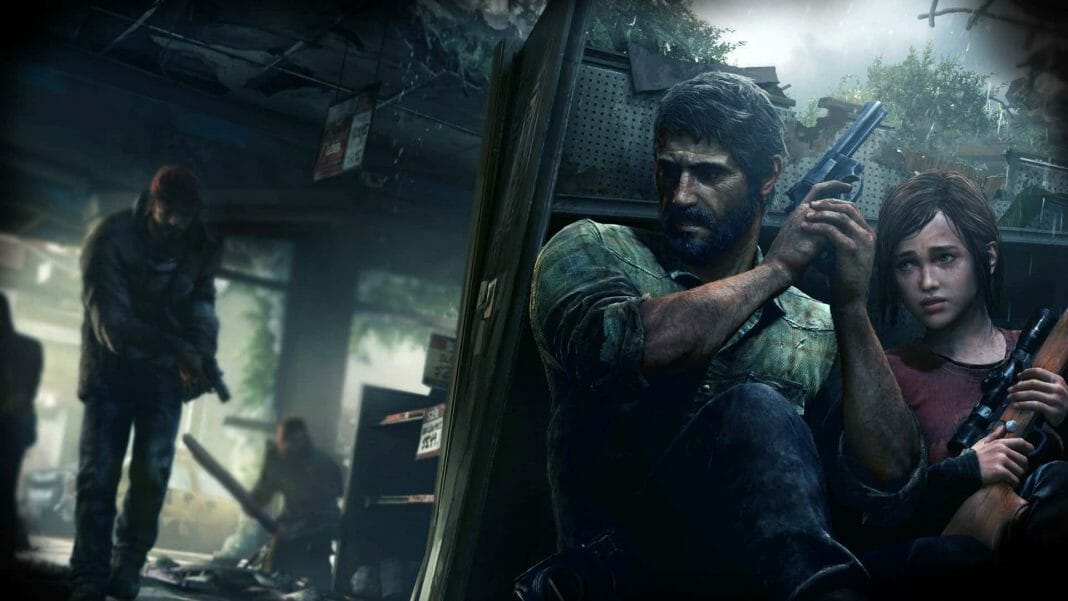 If a heartfelt feelings driven narrative is something that you are looking for, then this is the game for you. The Last of Us is an absolutely amazing narrative title that blends third-person action with an on-going story and intriguing plot that carries you all the way through to the end.

The game centres around Joel and a teenage girl named Ellie who must travel together across the post-apocalyptic United States. All in the hopes that Ellie’s blood may hold the cure to the plant-like infection that has overtaken the population. As the story progresses, you get the first-hand experience on how the relationship between the two protagonists start to strengthen, and how, by the end, it all goes down in spectacular fashion. Without a doubt, one of the best games on this list of 10 Zombie Games to play instead of Days Gone. 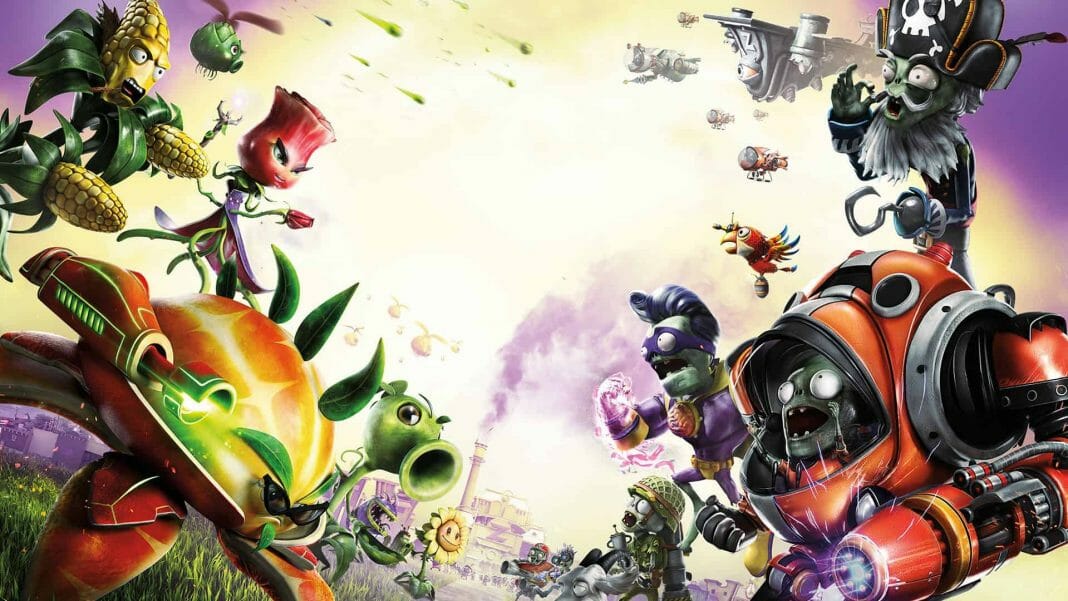 How could I not include this game on a list about 10 Zombie Games to play (instead of Days Gone)? Not only is it the sequel to the award-winning 2014 title of the same name (sans the number two), but it also features pretty dang cool third-person action.

Like its predecessor, Garden Warfare 2 focuses on third-person combat where the player must complete various objectives and defeat various enemies all in the name of coming out on top. The game is a weird take on what you could expect from games such as Call of Duty and Battlefield. To this day, it still receives additional free content and game updates that keep players returning for more cartoony action. 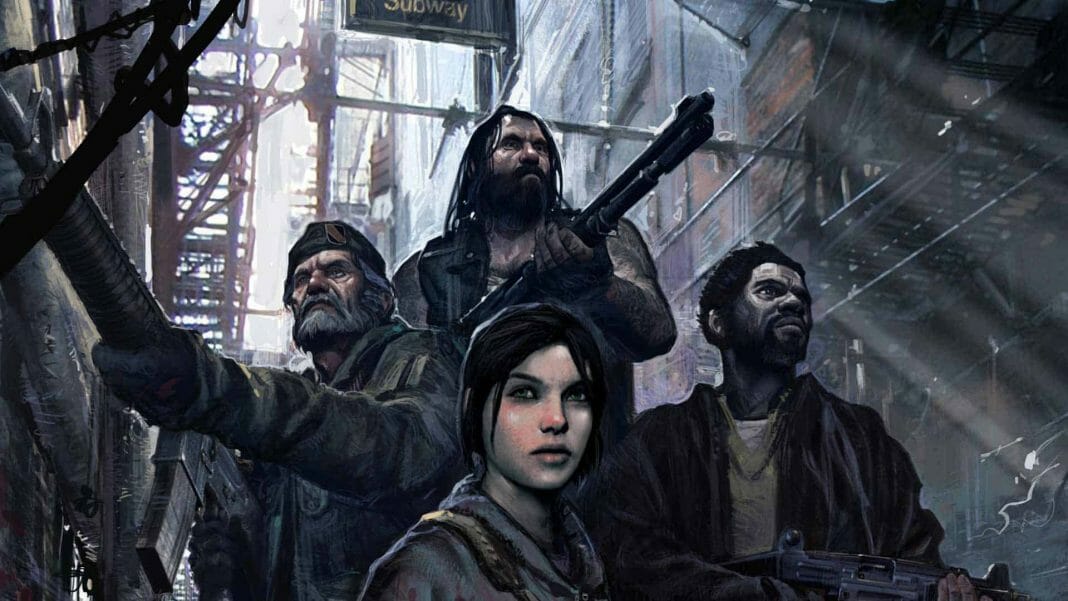 I typically hate to include entire series on a numbered list, but the two Left 4 Dead titles are so unique in their execution, that no other games have managed to mimic them since 2008. These are multiplayer-first titles, meaning that they are meant to be played with friends. However, you can happily play on your own, with a group of AI buddies to help you through each mission.

In Left 4 Dead, players take on the role of one of four characters. These characters all have their own unique pros and cons and must work together to survive the seemingly countless zombies that come their way. There is an emphasis on combat, with elements of survival and resource management thrown in for good measure. If you can safely make your way from the first safe house to the next, and complete the mandatory puzzle between the two, you are set to win all missions with ease.

I will admit that Days Gone is not as bad as this list may make it out to be. However, there is no denying that the game is fundamentally flawed. I feel that it needs to be reworked extensively or tweaked in ways that at least alleviates all the problems I came across during the review period.

Be that as it may, the games above are all great in their own way. Plus, all of them include zombies, so there is that. Do you agree with this list of 10 Zombie Games to play instead of Days Gone? If not, what other games would you have listed?