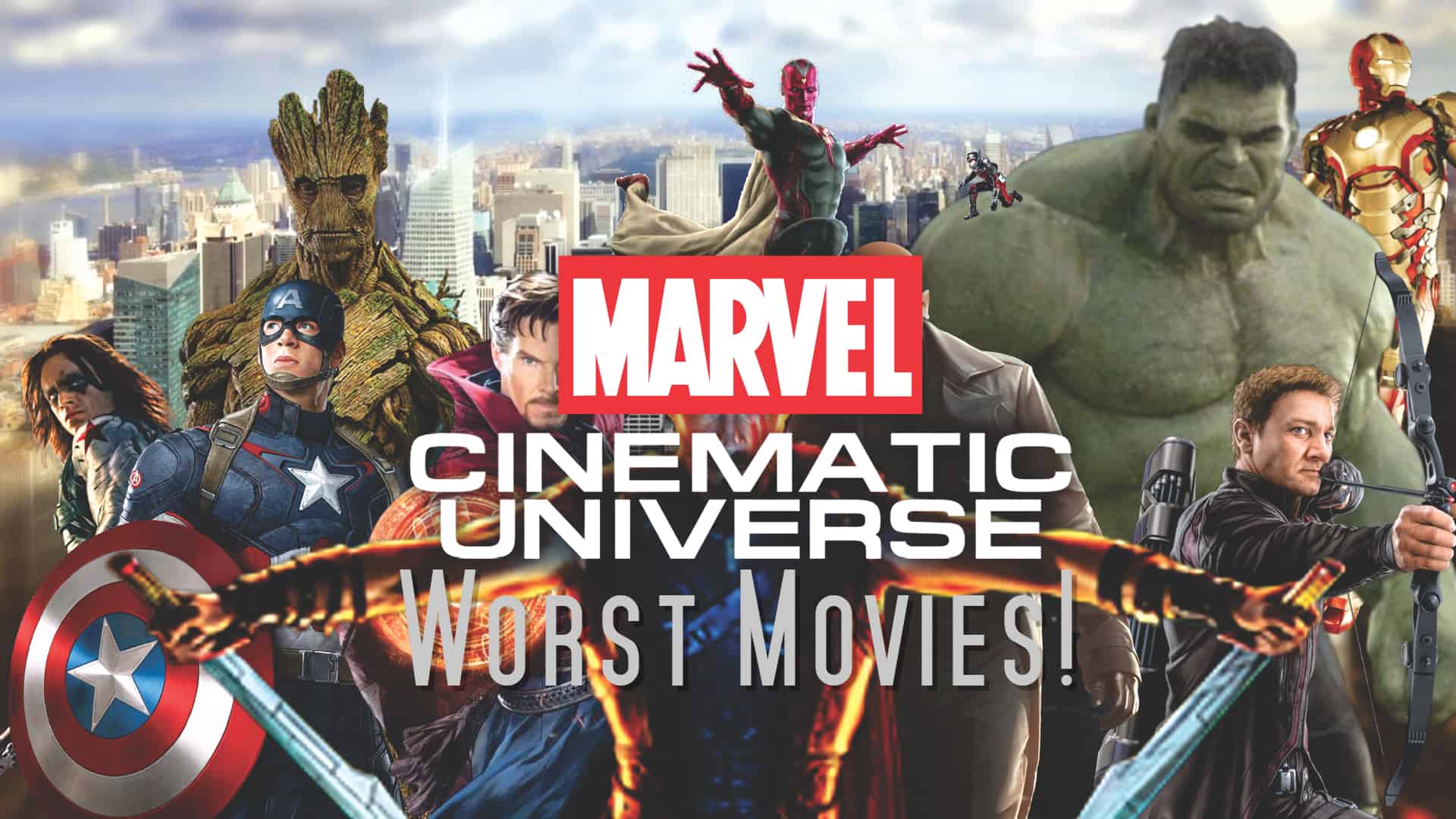 I never thought that I would say this, but Rotten Tomatoes is a wonderful thing! Ever since I wrote my Movies Like Sekiro post, I have been browsing the review aggregator extensively. The reason for this is mostly out of curiosity. I find it fascinating to see how either Rotten Tomatoes or its users have rated movies that I have either hated or loved over time. Well, now that the fourth phase of the Marvel Cinematic Universe (MCU) is coming to a close, I wondered about what Rotten Tomatoes might think about the MCU. As such, I have compiled a list of the 10 Worst Marvel Movies, according to Rotten Tomatoes.

It must be noted that “worst” for MCU does not equate to “actually bad”. As you will see, the movies on this list are rated quite high when compared to movies that are actually bad. Be that as it may, however, they still remain the 10 Worst Marvel Movies. The list contains entries that I believe to be pretty dang good! As such, it is safe to assume that you might not agree fully with this list either. There are also a few surprises on this list, as well as entries that most definitely fit the bill.

In particular, I have noticed that sequels seem to be the least liked films of all the MCU movies. Could this be because they could not live up to the hype generated by their predecessors? Could it be because Marvel forgot to be true to their characters and only pulled out the money-grubbers for the sequels? However you look at it, this list contains a few of those.

Here it is, a list of the 10 Worst Marvel Movies, in order from worst to best (best worst?): 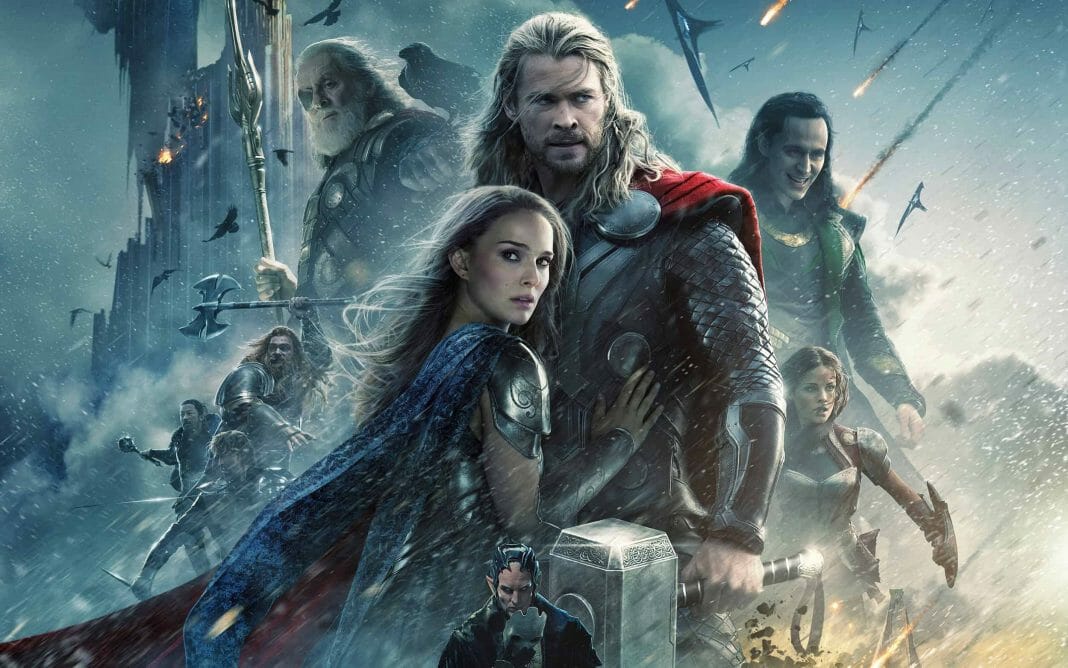 The God of Thunder’s second solo adventure in the MCU may be the poorest rated movie of the lot, but it is by no means bad. It just suffered as a result of being too broody.

The first Thor movie was great. While it felt admittedly farfetched compared to the grounded approach Iron Man featured, it still delivered on the perfect balance of humour, action, and hot people. The second movie, however, fell way short. I particularly liked the multi-layered plot featuring Loki and how the movie effectively set Loki up as a Marvel mainstay. However, the movie felt bland and boring everywhere else. 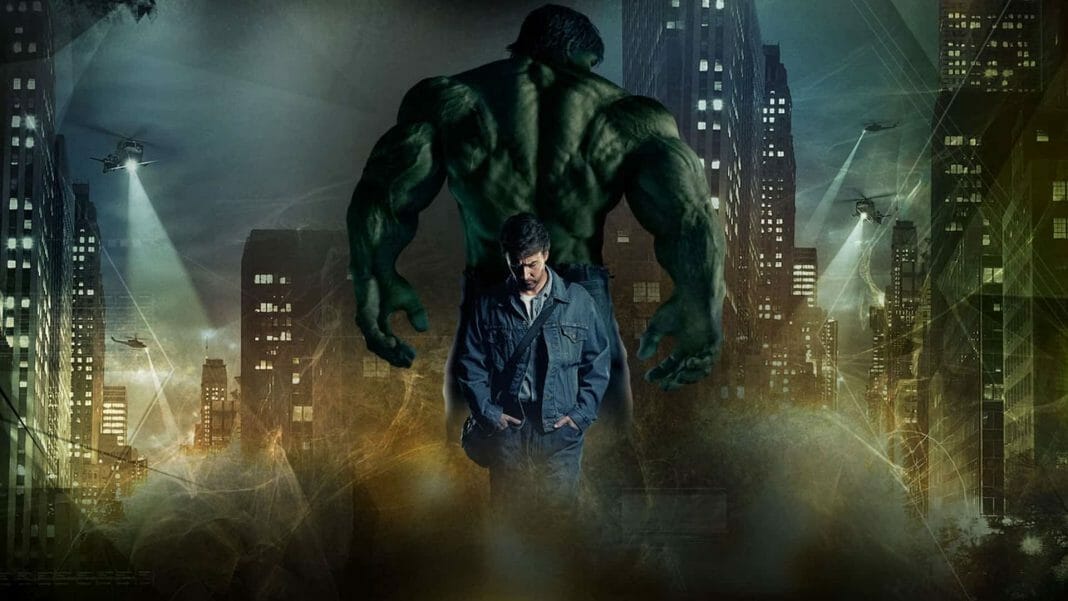 Good ol’ Bruce Banner has had his fair share of movies. The Incredible Hulk released well before the MCU was established, and no one thought that it was actually a part of the universe at all for quite some time. It was not until Marvel main man Kevin Feige came out and declared that The Incredible Hulk would act as Bruce Banner’s entry into the MCU. This effectively made the plot of this movie, spearheaded by Edward Norton, canon as part of Banner’s past and reason for him being in hiding when Black Widow approaches him in Avengers.

I liked this movie a lot. However, I could appreciate why some critics found an issue with both the direction the titular character had gone in, and the way the movie was structured. However, the inclusion of Abomination and Tim Roth’s vastly superior acting, ultimately sold the movie to me. 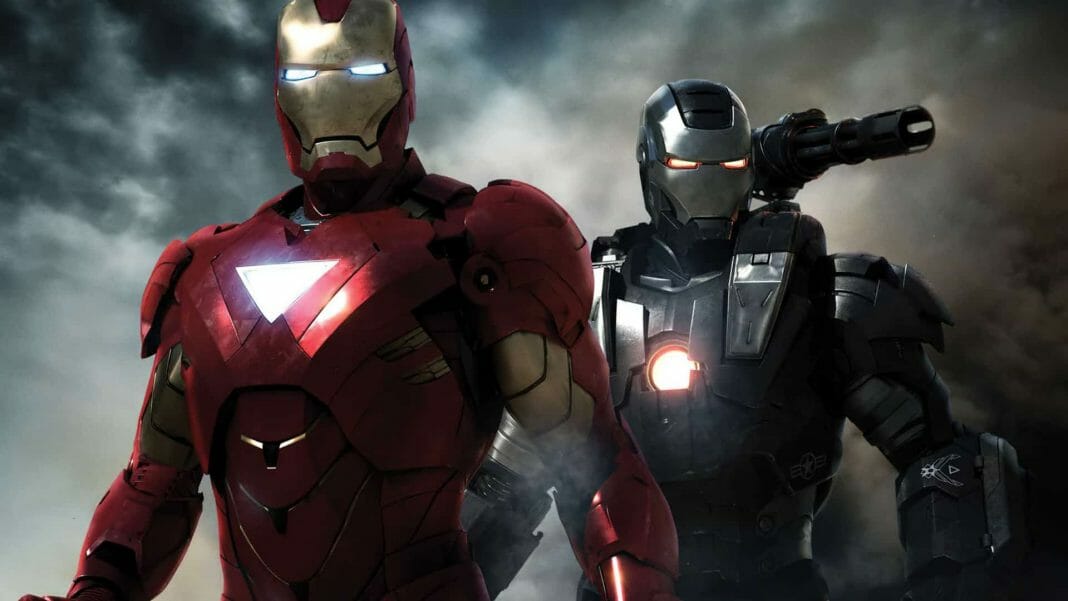 This one hurts! Iron Man 2 was the first Marvel movie that received a lot of flak from critics. Many critics, in particular, panned the film for its strange direction and villain mismanagement. It also fell into the trap of “more villains equals more problems” that many sequels do. Just because there is a ‘2’ in the title does not mean you need more than one villain, guys!

The reason that I love this movie, however, is because of the way it beautifully introduces Black Widow and Warmachine. I also think that introducing Whiplash as a villain was great! If only they had left Justin Hammer and the annoying government bloke out of it, this movie would have been a hit. 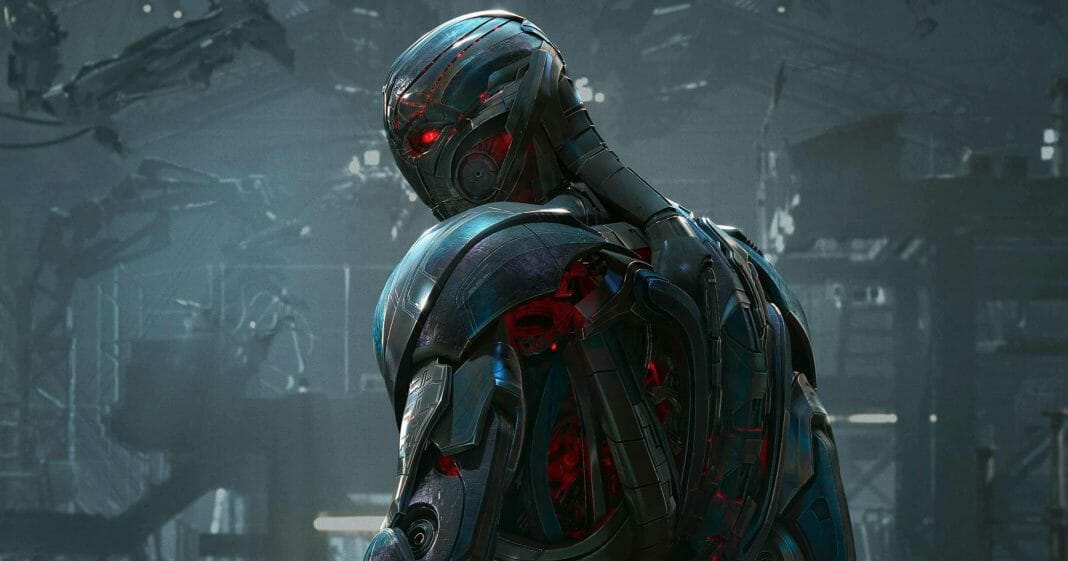 Ah yes, the ill-fated sequel curse strikes again! Avengers: Age of Ultron was just straight-up weird, despite serving as a good sequel. It featured more characters, bigger action scenes, and a lot of humour. The only issue the film seemed to have is that it relied too heavily on cross-over plotlines from both film and television.

Regardless of where it failed, the film really did have something going for it. I mean, it is not rated badly at all – it just so happens to be the fourth “worst” entry among the 10 Worst Marvel Movies. I really liked James Spader’s delivery. He is the perfect casting for Ultron. The issue, however, came by way of how the villain’s direction seemed boring. Also, no one has ever liked Erik Selvig, and his inclusion in this film was just weird and not at all what fans wanted. 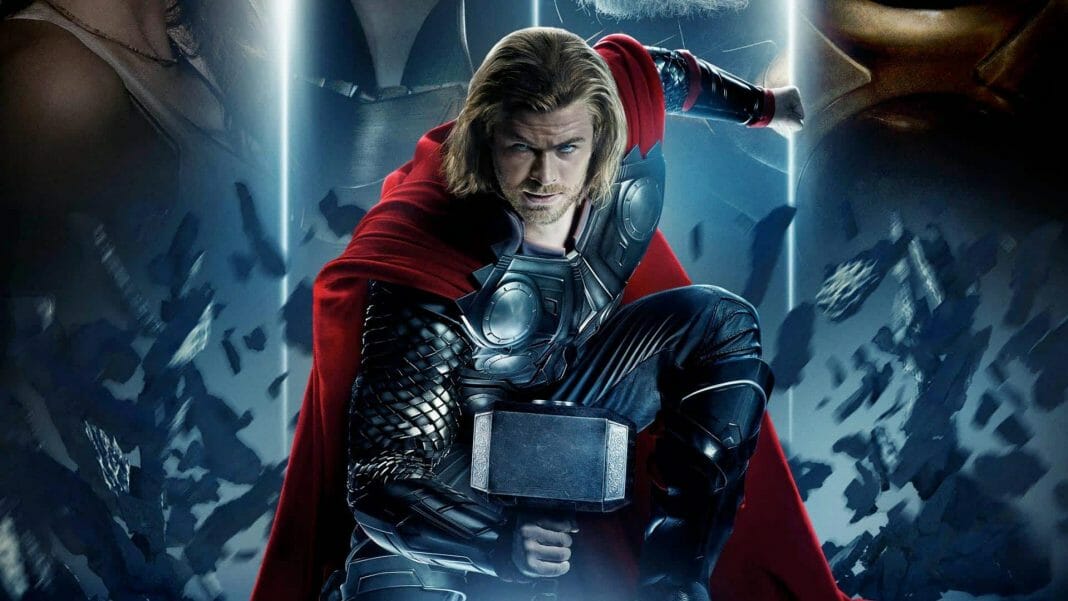 Yet another film that actually hurts to include! *Just remember that 77% is not bad, Edward. It is merely bad compared to other Marvel movies* Thor is arguably the most farfetched entry in the franchise – especially at the time that it was released. Before Thor, the MCU was grounded in wonky science and plot devices that actually made sense in terms of the human realm. Thor threw a lot of that out of the water by introducing a literal god, based in Norse mythology… and it was pretty good!

Loki being Evil All Along comes as no surprise to anyone familiar with the mythology the movie is based on. Yet it still delivered quite an impactful and meaningful narrative plot that proved how a universe of magic could expand the Marvel Cinematic Universe as a whole. 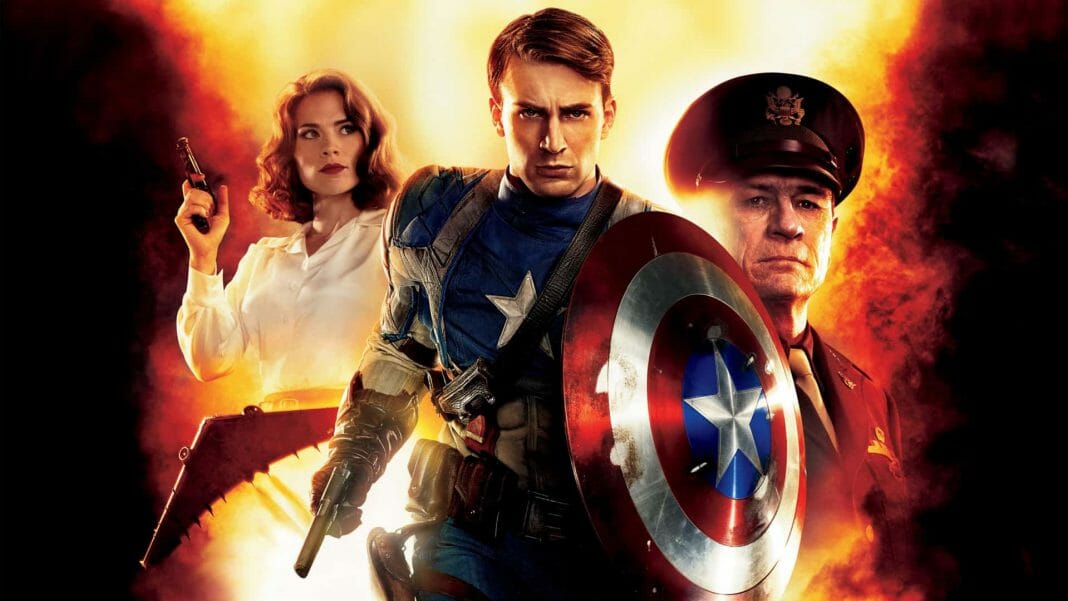 Okay, with an 80% it is easy to see how the Marvel Cinematic Universe actually sets the bar quite high. Steve Rogers’ first foray as a super-powered superhero was great, but still lacking in some ways! Remember, this is a list of the 10 Worst Marvel Movies, so the pool is small and brilliant!

I particularly liked how the movie set Chris Evans up as the Captain, and how Evans made the character his own. I also loved the little nods toward The Incredible Hulk (with the serum injectors and stock tubes being the same in both movies). What I did not like, however, was the weird gung-ho style of directing the movie adopted. It felt a lot like X-Men Origins: Wolverine in this regard… and that is not something I would want to see in any Marvel Movie. 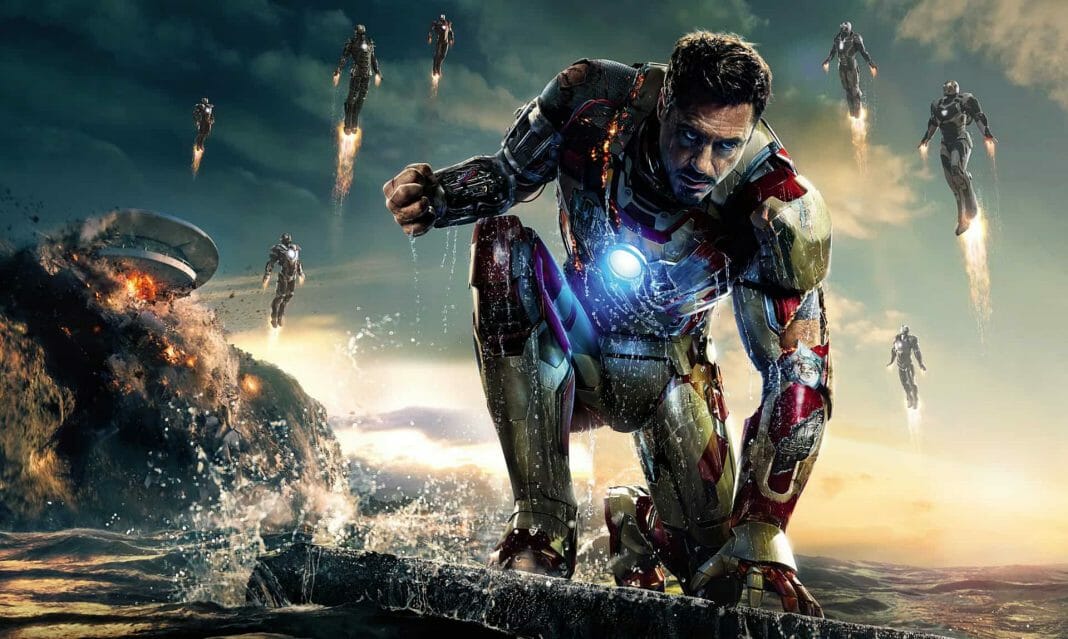 I never agreed with hardcore fans when they said that Iron Man 3 was the worst movie of the Tony Stark trilogy. I liked how the movie culminated in an all-out duel between all of Tony’s suits; and how the addition of Warmachine (now Iron-Patriot) resulted in humorous back-and-forth rhetoric that actually fit with the feel of the film.

Similarly, director Shane Black delivered beautifully with his own dark sense of humour and directing style. To me, the best part of the film was when The Mandarin ended up as nothing but a sham, and the real bad guy was revealed. Too bad this did not translate too well for others. 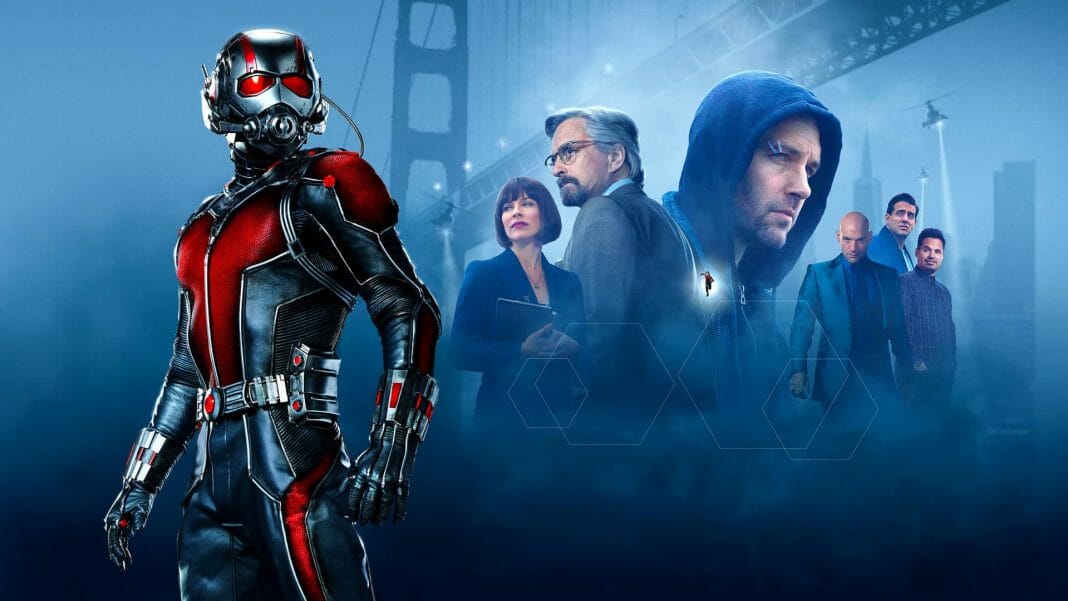 Ant-Man is another weird one. I honestly have no idea where I stand on this film, yet I have seen it numerous times, both in the cinema and at home. I do not like it… but I enjoy it. Is that weird? I figure that is why Ant-Man is on this 10 Worst Marvel Movies list in the first place!

My weird disposition about it aside, I will admit that Paul Rudd is an excellent casting choice for the character. Ant-man does not feel like a movie that is part of the MCU, yet the titular character may be the one thing to end Thanos once and for all. You know, because he can expand… and Thanos has a butt… okay, I will leave now. 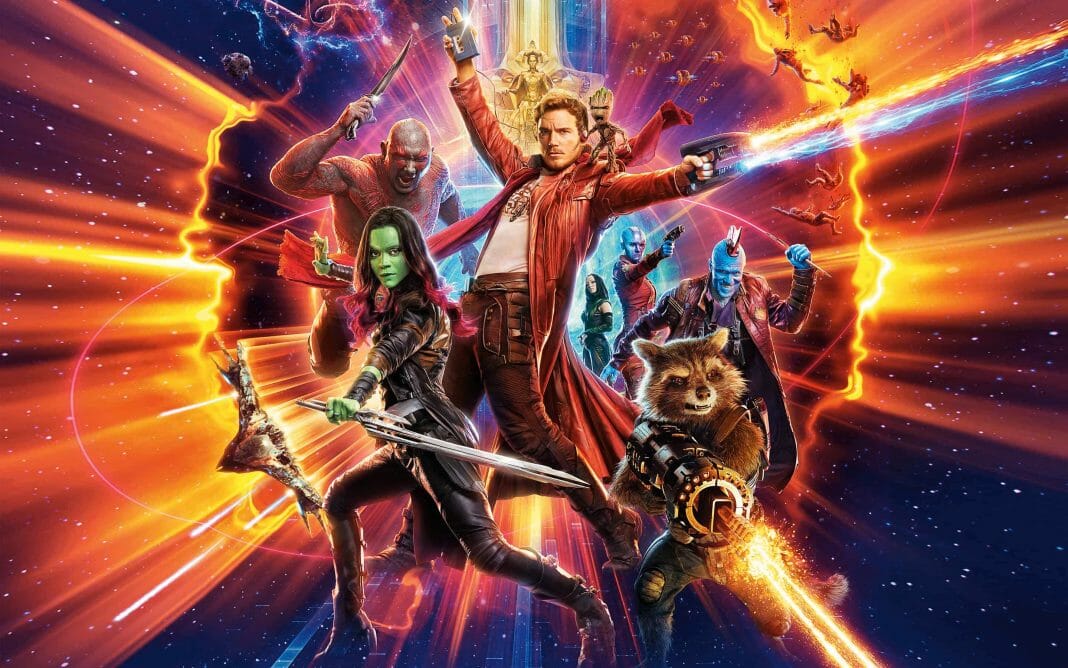 I hate it. Every second that I sat and watched this movie, I wished that something would whisk me away from the nightmare that is this mess. It deserves to be on this list of 10 Worst Marvel Movies. Many others, however, really liked it – hence its relatively high 84% score.

Peter Quill and his merry band of Guardians is an incredible addition to the MCU. I loved their first outing because it had a certain charm that no other movie has reproduced since. The sequel, however, fell flat because it was, quite literally, just “more of the same”. While that is not an issue in and of itself, the problem stems from the fact that Guardians of the Galaxy Vol. 1 already delivered so much. Too much of a good thing, then, became a bad thing. To me anyway. 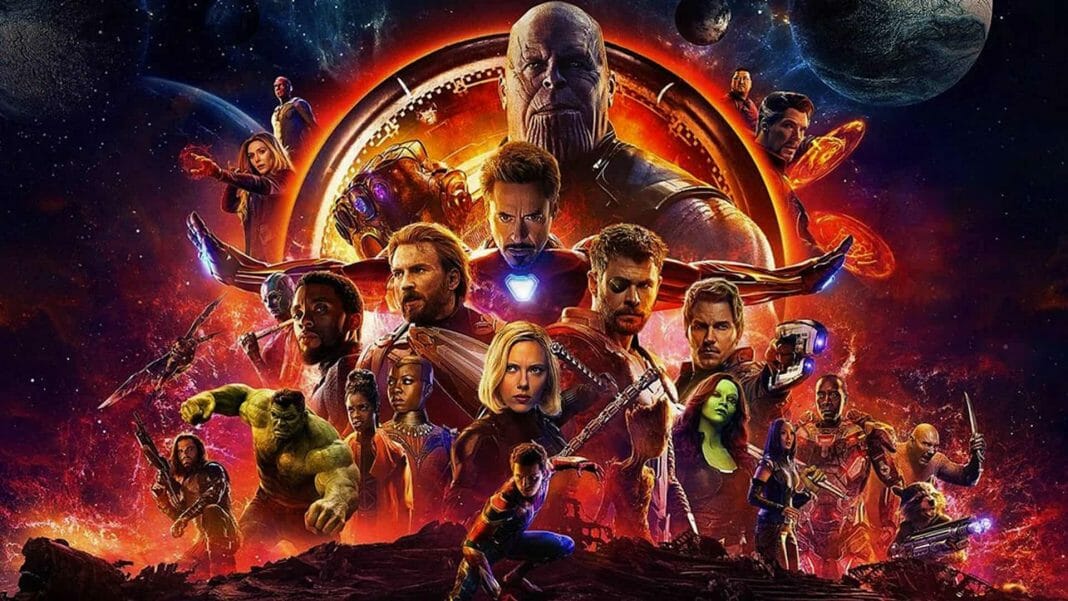 It seems fitting that this list ends on arguably the best Marvel movie that I have ever seen. Avengers: Infinity War came out in 2018, and received an amicable score of 85% on Rotten Tomatoes. It introduced Thanos to the universe as more than just a post-credit villain, and revealed that he was the one behind everything bad that has happened since the Avengers first assembled.

Seeing as Infinity War is literally on the cusp of the 10 Worst Marvel Movies, it seems perfectly balanced, in a way. Tipped only slightly toward the negative spectrum – the perfect comparison to the plotline of the film.

So there you have it. The “10 Worst Marvel Movies” are not that bad after all! Do you agree with this list? Which movies would you rather have listed here, had critic and viewer scores not mattered? Whatever the case may be, I have a funny feeling that Endgame is going to kill us all inside, in the best way possible.