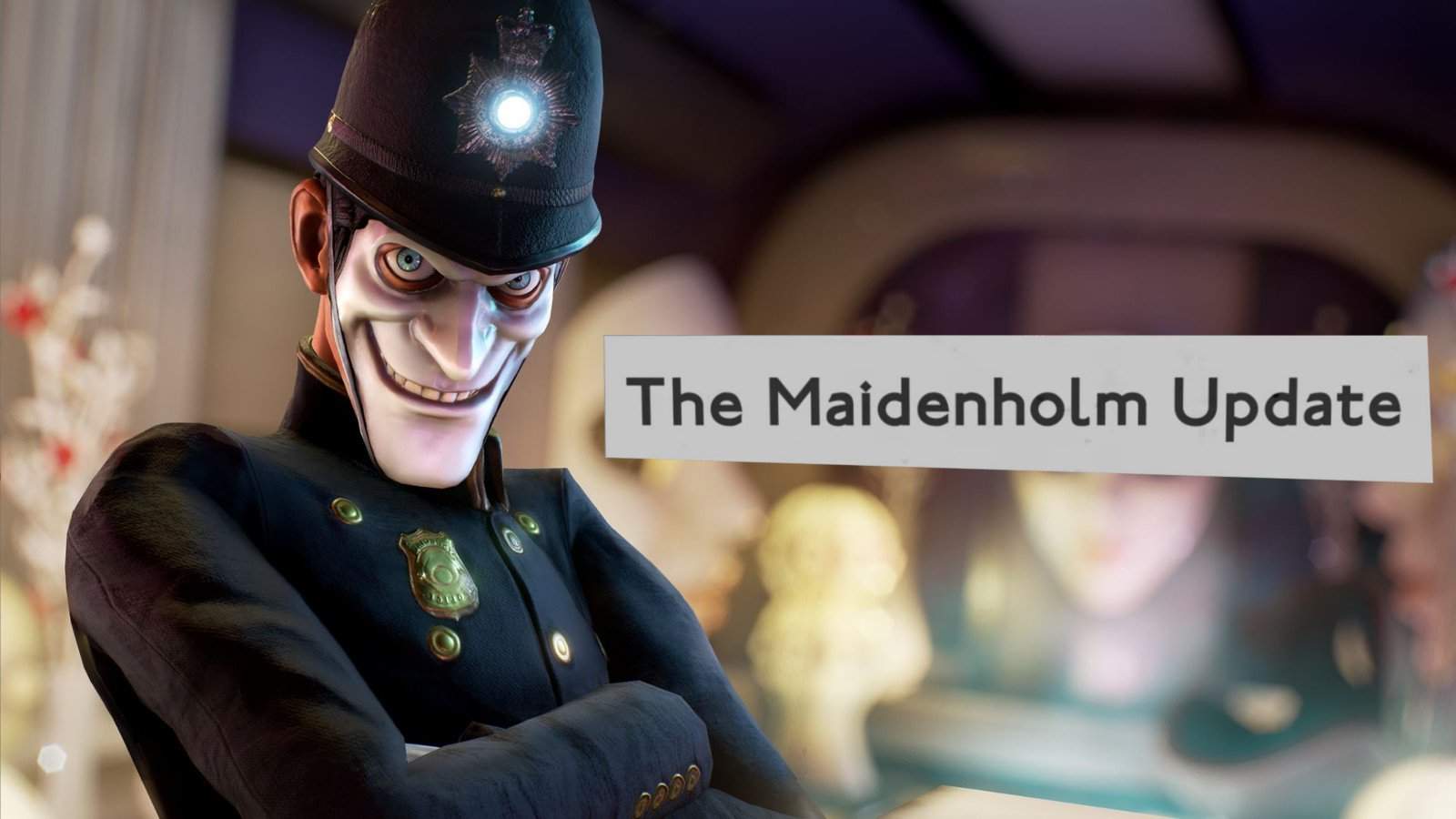 We Happy Few, the breakout Early Access alt-60s psychedelic survival game, has received a lot of buzz recently. In addition to a movie based on the game having been announced, Compulsion Games have also released ‘The Maidenholm Update’ – the second big update to the game.

In We Happy Few, you play as a Downer, a person who has stopped taking hallucinogenic pills called Joy. You must survive the wilderness and escape the town of Wellington Wells. The goal is to get away from the psychotic denizens therein. We Happy Few is a survival game through and through.

The game has seen its fair share of updates throughout its development cycle. However, the Maidenholm Update not only introduces a new island to the game, but it also “represents the biggest change to the meta gameplay” since the game’s early access debut. The island is a new addition to the Village of Hamlyn in, you guessed it, Maidenholm. This increases the explorable area two-fold, if not a heck of a lot more (since, you know, the game world is procedurally generated).

Along with the island, three new playstyles have also been added to the game: birdwatcher, vigilante and downer.

‘Birdwatcher‘ dials things down a tad. Non-playable characters (NPCs) are less of a threat, and survival aspects like hunger and thirst are virtually gone.

On the other side of the spectrum, ‘Vigilante’ ups things a wee bit. Here, NPCs are more dangerous, hunger and thirst deplete quicker, you tire earlier, and sickness pretty much has it out for you.

Lastly, especially for those of us who like to play games the “way they are meant to be played”, there is the ‘Downer’ mode. In the Downer playstyle, everything stays as it always has, with a bunch of balance changes to make it all nice and tidy.

Play styles aside, the Maidenholm Update update also includes pets for the Wellington Police in the form of a small robot drone that patrols the towns with them. Wastrels have been tweaked to be even more suspicious of you if you do not try to blend in, and Hooligans now roam freely. In addition, Hooligans now guard more water pumps, to make it a bit harder to quench that thirst of yours.

Quests and open-world dynamic events have also increased in addition to having been tweaked and fixed. More events have been added around all the islands currently in-game. Maps are divided between different areas now, and shelters have been revamped. Players will also have to work a little harder to get new shelters up and running.

We Happy Few is one of the better survival horror games I have seen in some time and the We Happy Few Maidenholm update only improves on that concept. The game is set to release sometime in 2017 on PC, Xbox One, and PlayStation 4.