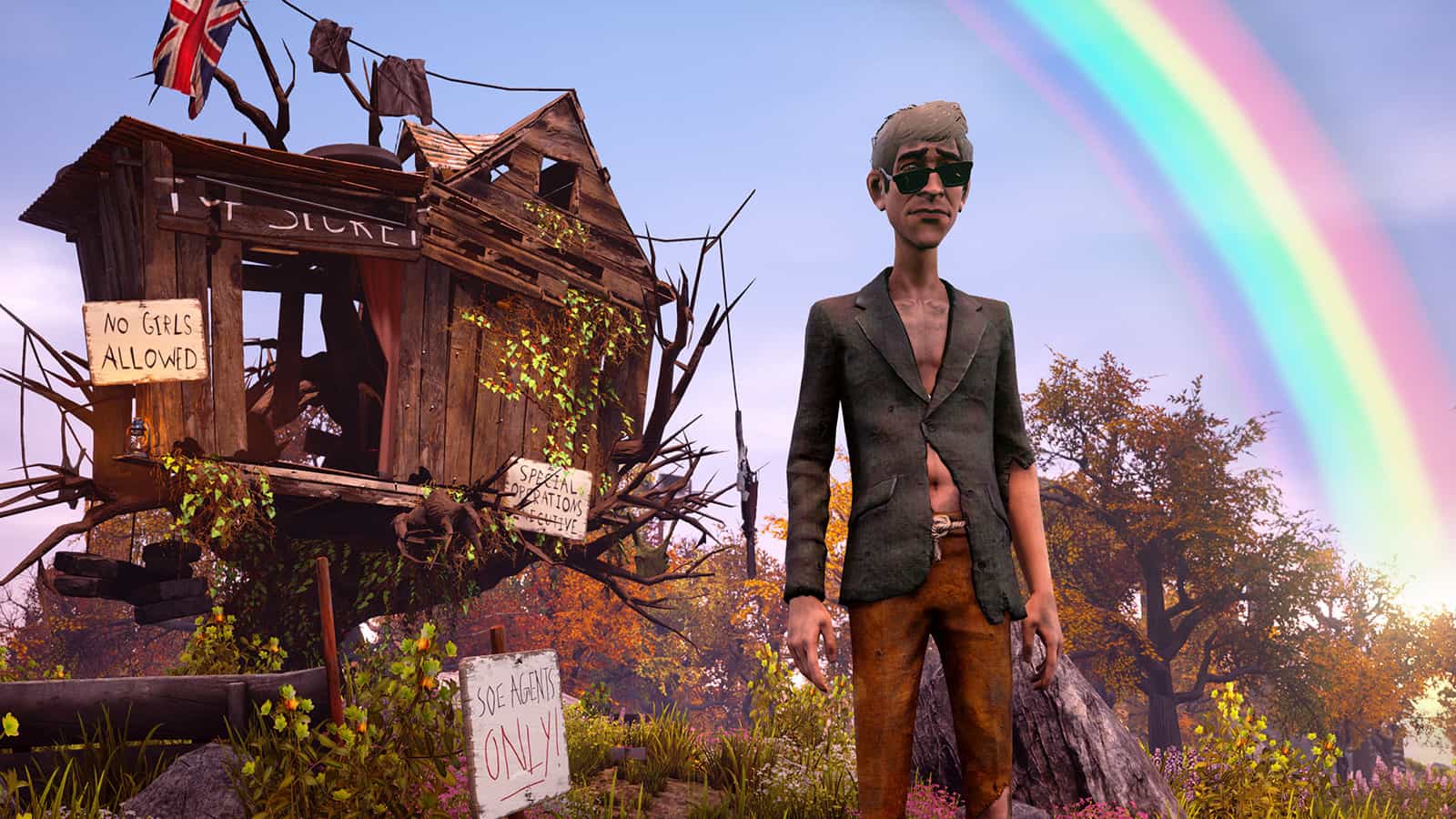 If you have read any of my previous articles on We Happy Few, you will undoubtedly know how hyped I am for the title. Now, developer Compulsion Games have partnered up with Gearbox Publishing to take the game to new heights via a We Happy Few retail edition!

Alongside the news of an official release date, the companies shared another bit of good news. The psychedelic survival game, which has been on Steam’s Early Access since 2016, will get a retail release when it launches next year. Even better, there will also be a glorious joy filled collector’s edition! Compulsion Games and Gearbox Publishing together announced that We Happy Few retail editions will release on PlayStation 4, Microsoft Windows, and Xbox One.

The current version of the game already includes a host of features that make it worth a lot more than its current price of just $30 USD (~R500 ZAR). It includes one playable character, Arthur, a huge chunk of Arthur’s starting story; two huge, constantly evolving, constantly changing islands; and an entire host of unique encounters.

When the final version releases, players will get three playable characters, each with their own unique story that spans all islands in the game, and more than “250 unique encounters”. The final game will also feature better and reworked artificial intelligence, better survival mechanics, and an even better user interface. Early Access and Xbox Game Preview players received a small taste of the final improvements with the Life in Technicolour update.

As a big and longtime fan of the Borderlands franchise, Compulsion Games studio head Guillaume Provost, expressed excitement to be part of a lineup of games that include Homeworld and Fortnite. He mentioned that the team at Compulsion Games was humbled by the initial public reception. He added that they are delighted to make it even bigger. Steve Gibson, head of Gearbox Publishing, stated that it is an honour to work with Compulsion. He commends the amazing ‘vision’ that Compulsion’s games have brought to the industry.

We Happy Few is a survival game first and foremost. In it, you play as one of three characters who go on a journey to figure out what is going on with psychedelic “happy pills” called Joy. The society is run by it, and anyone who does not take it sees the realities of the world around them.

The standard game will retail for $60 USD (~R800 ZAR), but currently costs $30 USD (~R500 ZAR). There is a planned price increase for the early access version as the game nears release. better still, there is a gorgeous collector’s edition that will also be made available.

Coming in at $149.99 USD (~R2200), the We Happy Few retail collector’s edition includes a ‘Bobby Mask’, vinyl soundtrack, propaganda posters, sticker set, game handbook, a lamp and even an alarm clock. Everything you need to survive the joy filled apocalypse. 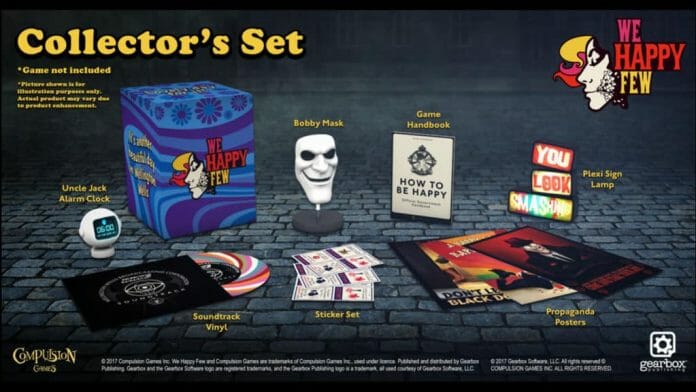