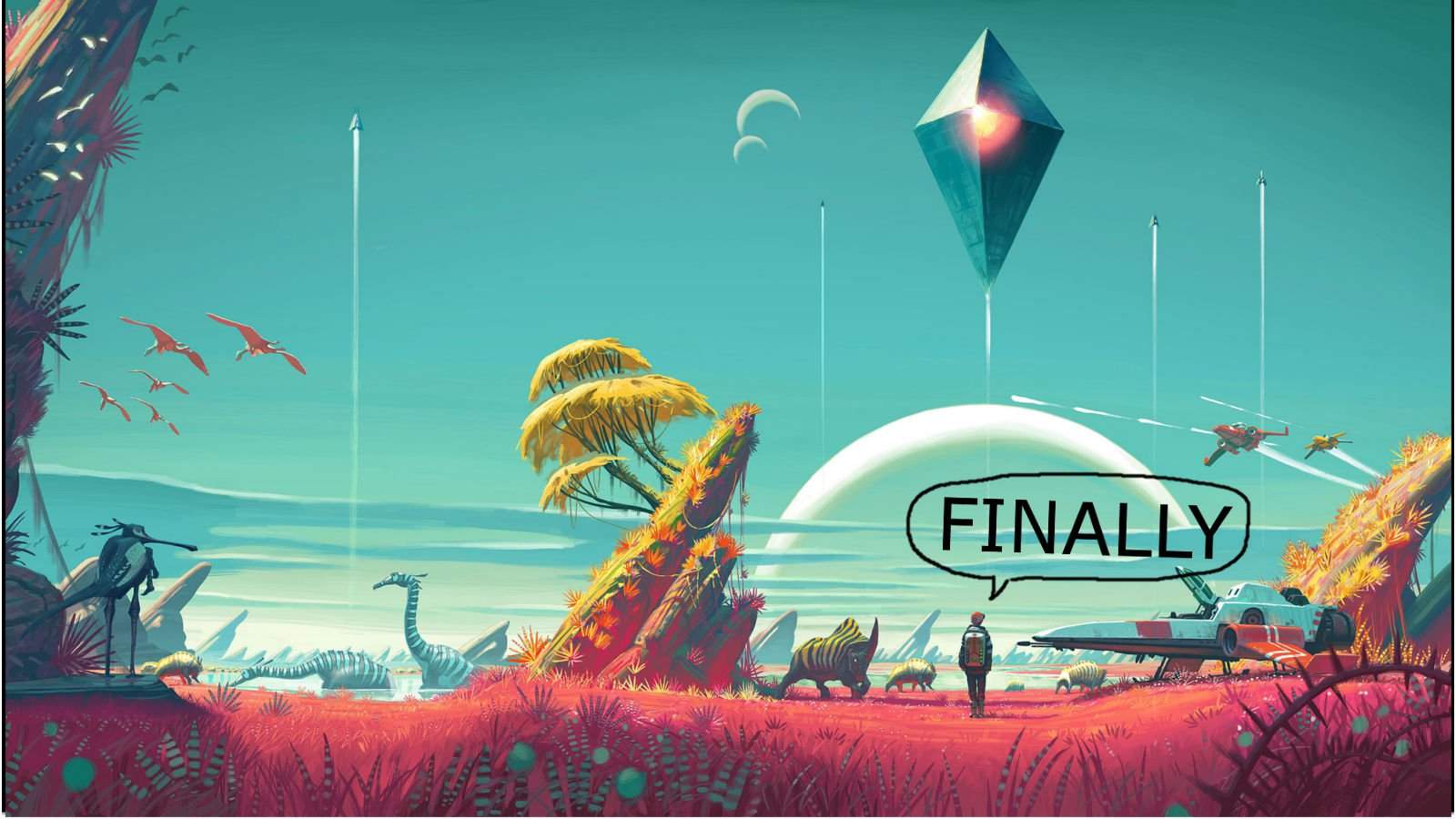 No Man’s Sky, the game we all absolutely adored from the moment we first saw it teased on the stage, to the moment the last trailers dropped before launch. The very same game that ended up disappointing practically its entire player base in the first 48 hours of going live. No Man’s Sky is in the news again, which can only mean bad things, right?

Well, maybe not. Hello Games, the developers behind No Man’s Sky, have finally broken their 90-day silence! A new post has surfaced on their blog detailing a rather peculiar thing: features that we all wanted when the game first released! That is correct. Hello Games are finally adding features into the game that were promised at launch.

The brand new update is called the Foundation Update. Hello Games has said that it will go live “soon”. The update will act as the foundation of what will reportedly be “more features in the near future”. The Foundation Update’s biggest feature is that it will allow players to build bases! Structures are built from resources that players acquire while travelling to and from various planets. Players can then choose a planet as a “Home Planet” and start constructing a massive base of their own. I must be honest, it really does look awesome.

Another big feature added to the game is a new Freighter system. Players who are rich enough can purchase their very own Freighter, which they can summon at will to orbit any planet they are on. In turn, this will allow players to teleport all resources gathered to it in order to make transporting valuable resources much easier. The game use to tease players with convoys of these freighters just hovering in random solar systems — now you can finally have one of your own. 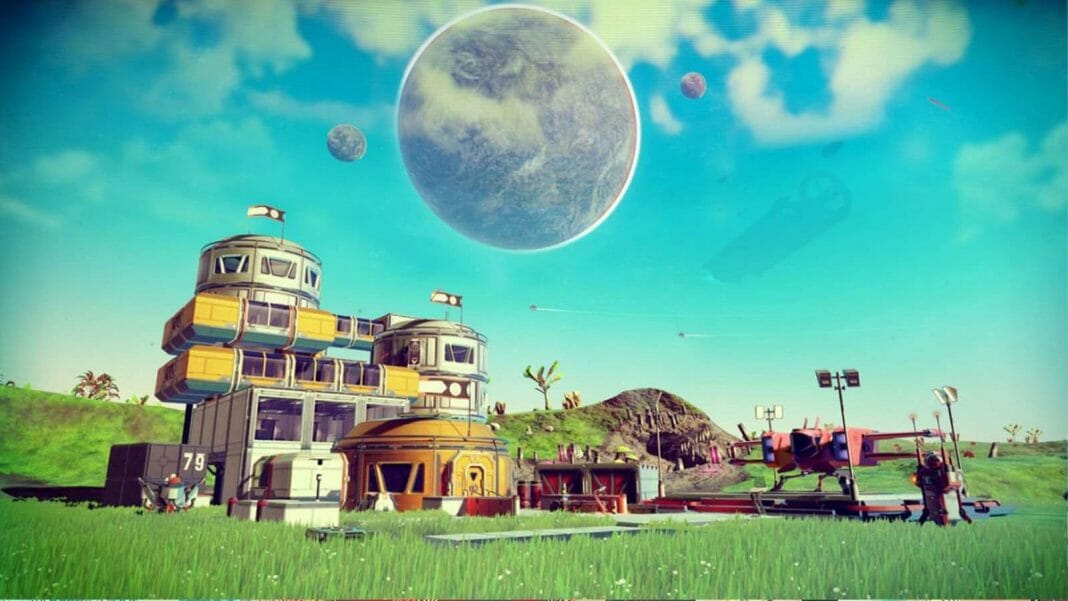 The Foundation Update will also add two brand new game modes to No Man’s Sky. Just like in Minecraft, players who choose to play a new game will have to make a choice between three options:

Normal mode is the vanilla “chilled” experience players are used to by now. In Normal, players can traverse various planets, find all kinds of aliens, and do what they would normally do. Normal mode is for players who want to have a sit-down and no-brainer session in No Man’s Sky.

Survival mode, on the other hand, is all about the survival of the fittest. It is tailored toward folks who prefer the smaller details and perfect for players who obsess over finding the perfect suit-upgrade before going to hazardous planets. It has a lot more hostile fauna and flora, and toxic and dangerous atmospheres on planets are definitely not scarce.

Then we have Creative. This is perfect for anyone who wants to explore without any limitations. It allows players to build a massive base of their liking without the hassle of worrying about resources. Much like Minecraft’s Creative mode, players hardly take damage and can spawn resources without a problem.

The Foundation Update will also improve on the basic mechanics of the game. The user interface (UI) is getting a number of quality of life improvements, and waypoint crafting has also been added. It also adds things like automated harvesters for resource nodes nearby player bases, and a bunch of technical improvements.

This is definitely the one update that should have been there from the very beginning. Now, if Hello Games can add some kind of cooperative multiplayer to the game, I might have to retract that Steam Awards nomination!

The No Man’s Sky Foundation Update is free to all players who own the game. It will be made available “soon”, but we suspect within the coming month.