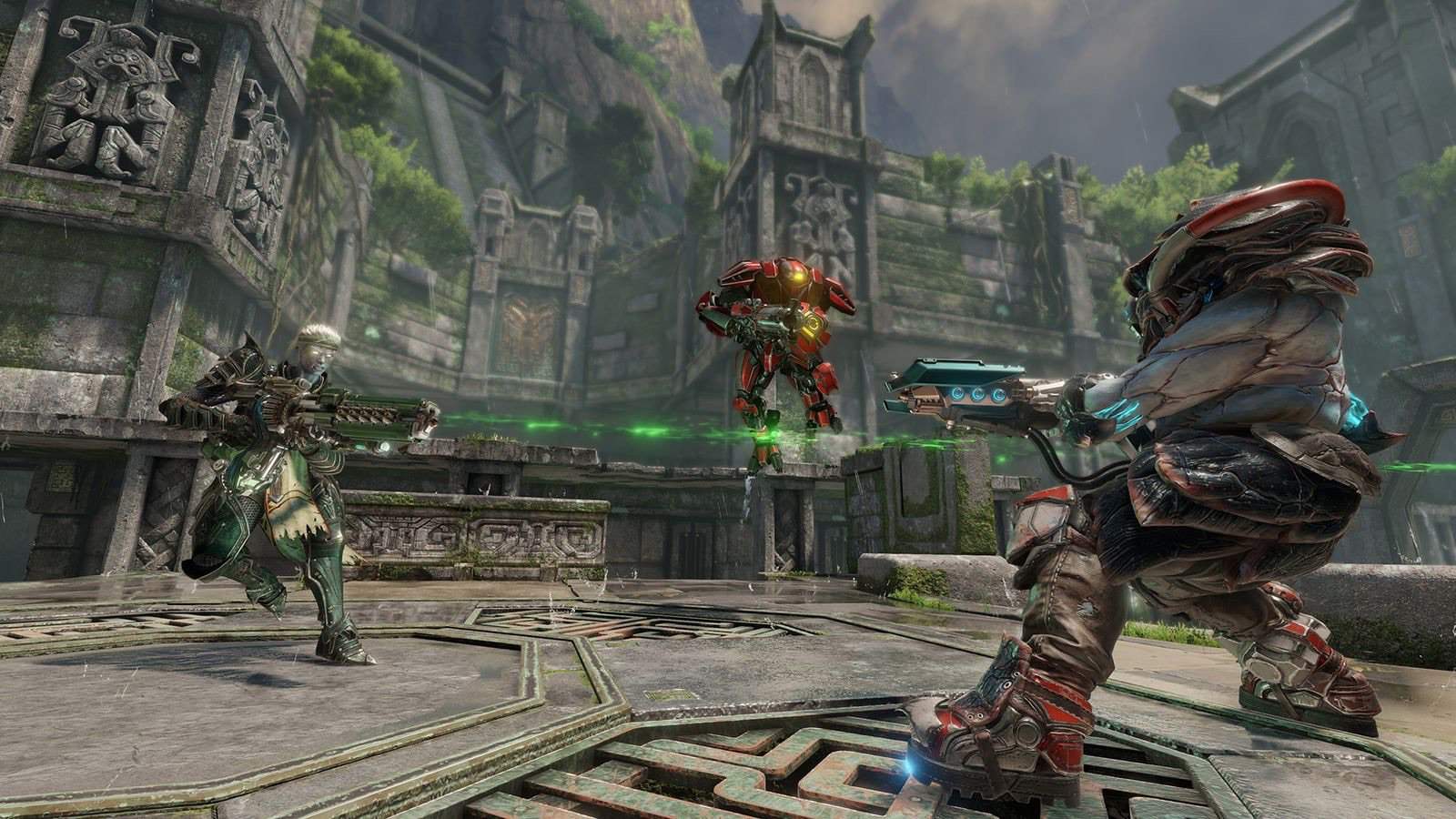 Bethesda is rebooting Quake Arena, one of the best First Person Shooters (FPS) from the glory days of Local Area Network (LAN) gaming. First teased at E3 2016, the new title is called Quake Champions and it is a wonderfully brutal looking Arena Shooter.

iD Software revealed a brand new gameplay trailer for Quake Champions at QuakeCon 2016. The rebooted game appears be similar to its 1999 counterpart, Quake 3 Arena, in that it is a super fast-paced shooter where every second will count toward either life or death.

Quake Champions has obviously been inspired by Quake Arena games of old. What is more intriguing, however, is the fact that it also seems to borrow aspects of speed and chaos from Unreal Tournament (which I desperately want rebooted), as well as the unique character power-ups and abilities from Blizzard’s hit-FPS, Overwatch.

During the QuakeCon 2016 panel, iD Software’s Tim Willits said that the company is focusing on a pure Quake experience. He added that one of the core tenets of Quake was the ability to pick new weapons up. “If you want a gun, you go pick it up” he exclaimed, “You time the pick-up right, or you kill an opponent and take it. That’s how you get a gun in a Quake game”. This is definitely a good thing — I long for old-school Arena Shooters like Unreal Tournament and Quake 3 Arena that are fast, uncomplicated and fun.

I for one am glad that Bethesda Softworks and iD Software are bringing all of these old-school games back from the dead. As much as I am loving the idea of Quake Champions being an arena shooter; I also want to see an actual single-player Quake experience in the near-future. Quake 3 Arena was an amazing shooter, but I ultimately fell into the Unreal Tournament camp. Quake 4 had an amazing story, on the other hand. Needless to say, this is a great turn of events, and the Quake Champions gameplay indicates that the game will be a lot of fun.

Quake Champions will be a PC-exclusive, but iD apparently has no idea whether it will be Free-to-Play or have a traditional retail cost.