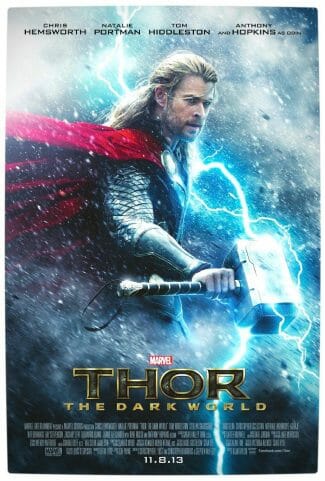 The official trailer for Thor: The Dark World is here!

After saving the world from his misguided brother Loki in The Avengers, Marvel Comics’ infamous god of thunder returns for another solo adventure in a new sequel to the 2011 smash hit Thor.

The trailer showcases a lot of fantasy action that depicts the harrowing rise of ancient Dark Elves bent on destroying the Nine Realms, including Earth, and Thor’s attempts to curb the Elvish threat with his mighty hammer, Mjolnir.

2013 appears to be a great year for superhero movies. Iron Man 3 releases next week, Man of Steel and The Wolverine are slated for mid-year releases and Thor: The Dark World will round the year off with a hammered bang.