After my reintroduction into the world of Magic: The Gathering thanks to Duels of the Planeswalkers 2012, I went out and bought myself some more Magic cards. I was very intrigued by the idea of Planeswalker cards that could be summoned into battle, and aid you in your quest by being an additional ‘player’ at the table. Some of the abilities are ridiculously powerful though and they leave a sour taste in your mouth when you get beaten by a single card.

Wizards of the Coast have always had a way to entice me into the worlds they create through their card sets and 2012 is no different, even if it isn’t a block set. I had taken a bit of a hiatus in gameplay and I was surprised to see the new card abilities that had been created and also the new style of cards. At first, being somewhat of a purist, I was disappointed at the almost about face from the classic look of the sets from the 90s. I was also a little bit perturbed with the notion of creatures now dying on the newly named battlefield, as opposed to the buried/destroyed in play. The new wording tends to make the game fresher although it does still reek of a middle finger to the long time players.

Another thing that irked me in the newer cards was the fact that ‘Wrath of God’ had been replaced with a more generically named ‘Day of Judgement’. Same colour, cost and feel to my favourite ‘Wrath’ card, but just completely renamed. I have my suspicions that this could have been a move to be more politically correct. 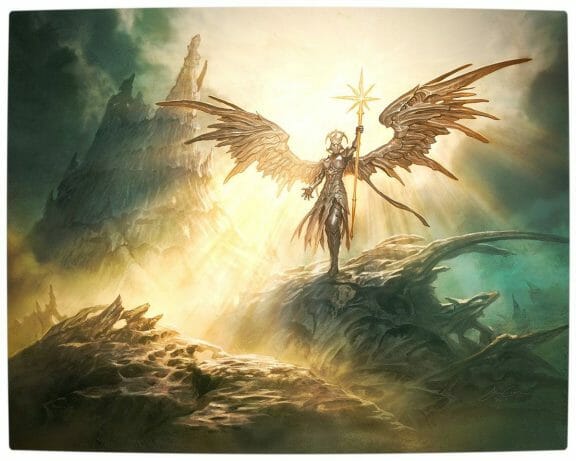 I have grabbed myself many booster packs of cards from the block to nabbing boxes of M10, M11 and M12 to fill up my collection with newer and fresher cards. The new cards have won me over and new abilities like ‘indestructible’ and ‘imprint’ make playing a lot more interesting and the deck ideas more numerous. I am glad to see that Lightning Bolt made it back into the game, even if it was only for a short while, but I was sad to see the Giant Growth had finally been given its marching orders out of the canon. The last surviving boon card had a good run though, and I still recall the days of my playing when four of the five boon cards were still legal in play.

The anticipated release of the new block ‘Innistrad‘ is slated for release on September 30th 2011 (full review here), but some of the new mechanics seem interesting although questionable. Given my past run with new game mechanics, I am going to give ‘Innistrad‘ the benefit of the doubt and see how the new set matches up to series. The exciting thing to note about ‘Innistrad‘ is that it will be introducing more classic horror characters into the world of Magic: The Gathering. These new character include, but are not limited to mad scientists, werewolves, vampires and witch hunters. This block also introduces a new mechanic that allows you to ‘transform’ your cards, which leaves me both a little excited and apprehensive. Nevertheless, I will be getting my boosters of ‘Innistrad‘ when the cards are released so that I can try my hand at controlling a pack of rabid werewolves.