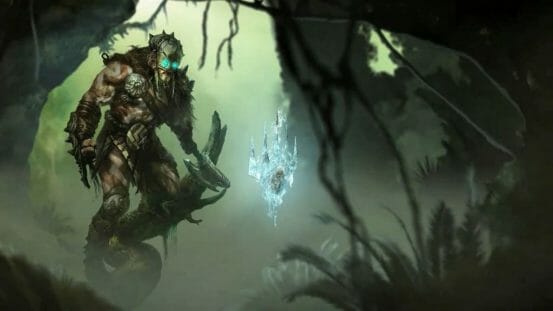 This review is about the Duels of the Planeswalkers 2012 game and the Ascend into Darkness expansion pack.

I have been playing Magic: The Gathering on and off since 1996 when I bought my first starter pack of Fourth Edition. Ever since then it has been a somewhat obsession of mine to build the ultimate deck and take on many opponents. I have yet to build that ultimate deck but luckily with Wizards of the Coast releasing Duels of the Planeswalker 2012 (D12) I am able to at least live out some of the fantasy. 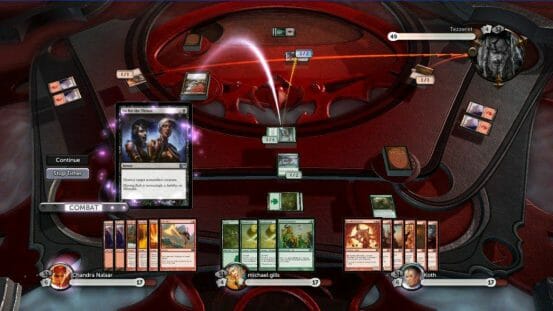 Following after the success of Duels of the Planeswalkers in 2010 (D10), the highly anticipated sequel did not disappoint. With the introduction of a more immersive story line and new ways to play (in multiplayer formats) this game has been keeping me busy for hours. Unlocking new decks along the way and fighting the same opponents in more difficult battles, keeps the gamer on their toes and leaves you wanting to unlock the full potential of the decks. The deck choices have been interesting in this release, although I would have liked to have seen more customisability for more advanced players like myself. The added benefit of removing unwanted cards and replacing them with cards won in-game is a good trade off though. Although I would love to see a remake of the 1997 MicroProse game of Magic: The Gathering where you could build original decks from cards from all the sets (prior to the game’s release). 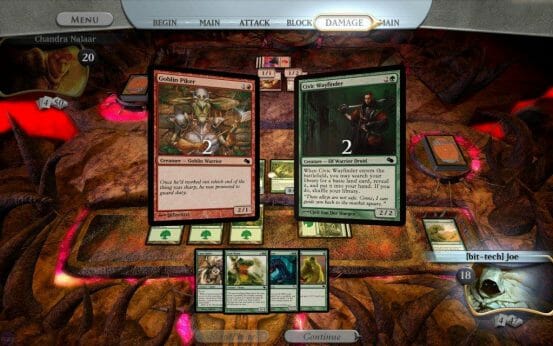 The expansion pack ‘Ascend into Darkness’ introduces new customization decks and also allows the player to play with cards from the recently released Innistrad block. If you love classic horror then you will love the Innistrad block. Wizards have outdone themselves with the release of cards mirroring the tales of old when vampires, werewolves and zombies reigned over our fears in a medieval time. I don’t think a set has come this close to popular fiction since the days of Arabian Nights when cards like Sindbad and Shahrazad were playable cards. Now you can cast creature spells that bear striking resemblances to Bram Stoker’s Dracula or Wells’ Invisible Man. 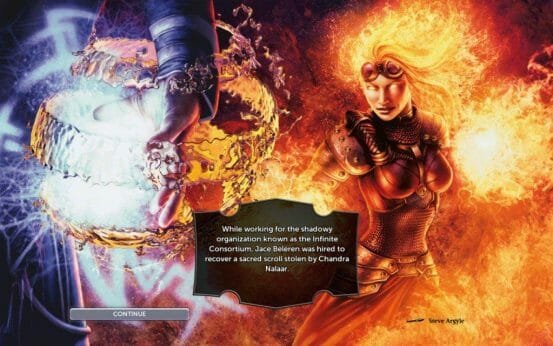 The graphics in the introductory story-line are amazing as they take images from cards and ‘animate’ them to bring the story to life. The Planeswalkers story-line is also creatively scattered throughout the loading screens.

Far from being perfect, the game has shown some flaws like the inability to assign combat damage manually, or being able to tap lands for mana without the AI doing it automatically. But the flaws aren’t enough to deter me from playing this game and also reigniting my love for the card game. Wizards of the Coast really hit the nail on the head with this marketing gimmick to get more interest into the card game by throwing in links to the official page that teaches (or should I say tempts) you to play the game. When the game first launched Wizards of the Coast was also handing out limited cards of some of the mythic rares available in the M12 cardset. Unfortunately this was a ‘first come first served’ promotion so it is quite unlikely that you can still get the cards. Needless to say, I have rushed back into my local card shops to buy cards from the new set of M12 cards, but that is for another post.

Verdict:      A marked improvement on the previous installment although more freedom in deck customization would be a great plus. 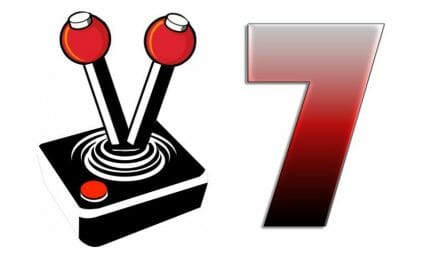 Title: Duels of the Planeswalkers 2012