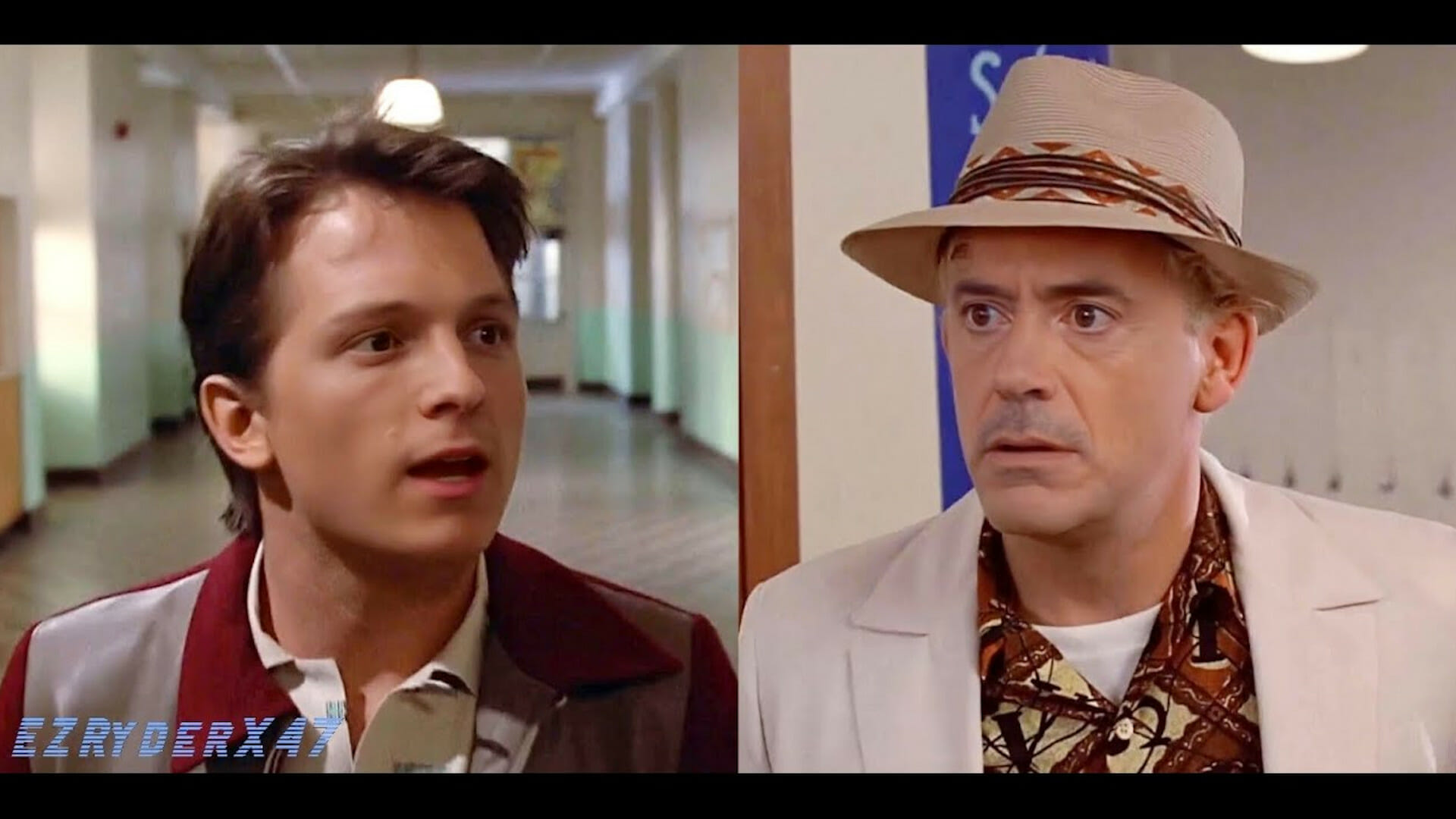 After the harrowing events of Avengers: Endgame, many Marvel fans had to say good bye to the man who started it all. Robert Downy Jr. ushered in a new age of comic book-like cinematic crossovers into the film industry, and managed to capture the hearts of millions worldwide while doing so. Since Tom Holland stepped onto the scene, he and Downy Jr. have become a strong duo both on-screen and off. The Iron Man/Spider-Man collaboration has been so well received, in fact, that fans have now resorted to bringing the two stars together as much as possible. This Back to the Future deepfake proves how much.

Thanks to the rise of deepfake technology, talented content creators, like YouTuber EZRyderX47, have managed to produce one of the best-looking Back to the Future deepfakes I have ever seen. The scene in question sees the two main characters (Doc Brown and Marty McFly) discussing love. More specifically, how Marty’s mom has fallen in love… with Marty himself! The movie is a Freudian masterpiece.

Honestly, I do not think the voice of Christopher Lloyd lends itself well to Robert Downy Jr.’s face. Tom Holland, on the other hand, fits perfectly with whatever it is Michael J Fox is saying in all of the shots. Regardless of how well they fit or not, however, this Back to the Future deepfake is testament to how much the world needs the duo to work together as much as possible.

This Back to the Future deepfake is one of many deepfakes that have been making waves in recent weeks. It is also, without question, the best I have seen (thus far). With that said, I do think we need a few more deepfakes where celebrity faces are superimposed on game characters. I would love to see one of those four-hour-long “all custscenes” edits from Mass Effect, where the entire cast of characters has been replaced with the cast of Firefly. Someone needs to make this happen!