In July 1985, Robert Zemeckis, Bob Gale and Steven Spielberg introduced the world to a teenager named Marty McFly (Michael J. Fox) who is accidentally sent back in time in Dr. Emmet Brown’s (Christopher Lloyd) heavily modified Delorean. Back to the Future was an instant success, which spawned off two additional movies, an animated series, a theme park ride, several video games and is a firm part of geek culture.

In Back to the Future II, the direct sequel to the original film, McFly travels to the future, a future that takes place on 21st October 2015 – a date that is only year and a half away. Unlike the second film, however, the ‘real world’ is still absent from flying cars, Hoverboards, holographic movies, Mr. Fusion (Home Energy Reactor) food hydrators and, last but not least, self-adjusting and self-drying jackets. Despite the long list of products that have yet to make an appearance in 2014 and soon 2015, there is one that will apparently make the cut.

Tinker Hatfield, one of Nike’s senior designers, has revealed that Nike will produce Marty McFly’s Air Mags in 2015 and, this is the best part, the shoes will include ‘Power Laces’.

Alas, no additional details for the Nike Air Mags with Power Laces have been released, but at least there is one geektastic item to look forward to in 2015. Let us just hope that Nike do the shoes justice. 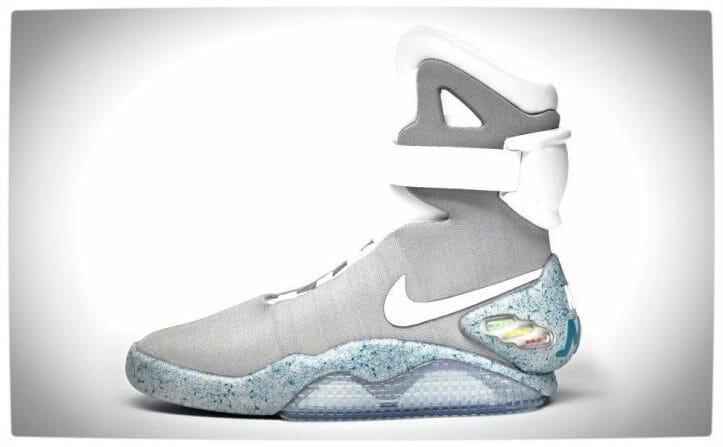