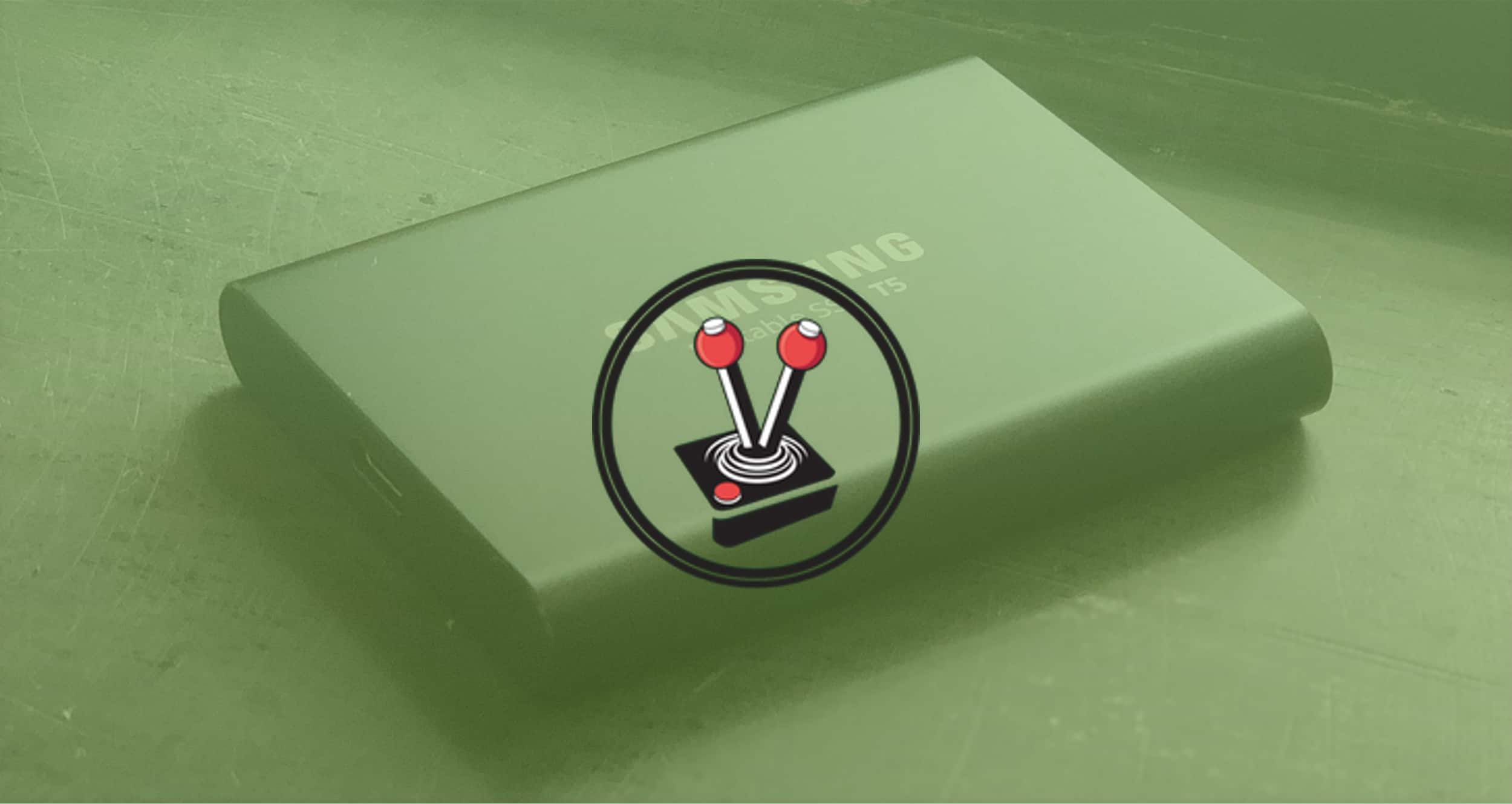 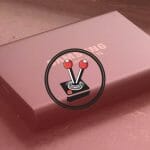 In the modern digital era, one can never have enough storage. Whether that storage happens to be in the cloud or as a physical disc, the fact remains that digital storage is a necessity. Although hard disk drives (HDD) are still the primary go to storage for many consumer electronic devices, largely because of the cost per Gigabyte (GB); there has been a steady move towards Solid State Storage (SSD) as the new default. The reasons for this are plentiful, but essentially boil down to storage speed and physical size. Enter the Samsung Portable SSD T5 – a device that is breaking the mould of what consumers should expect from modern portable storage.

An interesting element of storage is that we all want more of it, but in the smallest form factor possible. Thankfully, the Samsung Portable SSD T5 excels in this department. With dimensions in the region of only 75 x 54 x 10.5 mm, and weighing in at only 51g; the device is barely larger or heavier than a stack of credit cards. As such, it can easily slip into the pocket of even the tightest pair of skinny jeans.

The T5 is essentially an update to the already excellent T3. This time, however, Samsung have forgone the previous device’s duo-toned plastic and aluminium look. Instead, the company has opted for a design that is clad entirely in a gorgeously brushed aluminium shell; save for rubberised top, where the power light emitting diode (LED) and USB Type-C port are located, and bottom, where the copyright and trademark information are printed. There is also a Samsung logo on one side of the device, and the device’s nomenclature on the other. Neither are gaudy or off-putting. 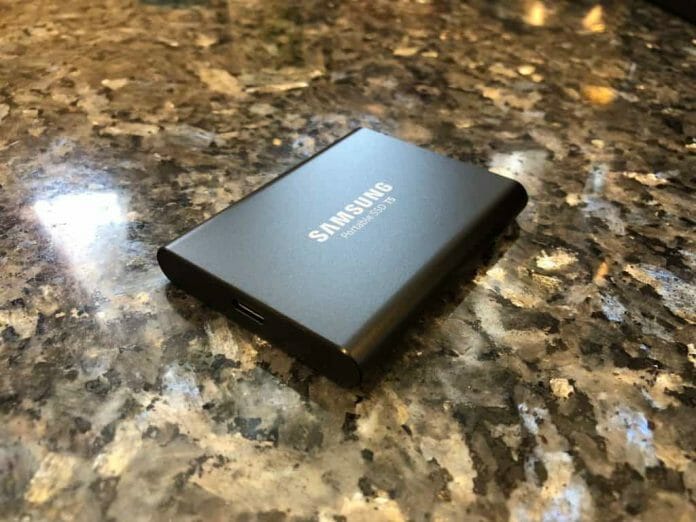 Overall, the Samsung Portable SSD T5 is a wonderfully minimalist device with a design that is both beautiful and functional. It should also be noted that using metal for the device’s enclosure was a smart move by Samsung. Not only does it give the device a premium feel, but it also acts as a heat sink (to keep the internal chips cool) and increases the overall durability of the device. One downside is that the aluminium is prone to fingerprints and scratches – as is typical of most coloured aluminium products.

In terms of durability, Samsung claims that the T5 can withstand drops of up to 2 meters – a metric attained under controlled conditions. Unfortunately it is one aspect of the device that I have not tested, purely because of how expensive the device is (I would not want to accidentally render it unusable). With that said, it is good to know that Samsung considered the device’s durability as a key point for its design and hardware.

Aesthetic differences aside, the Samsung Portable SSD T5’s biggest difference, when compared to the T3, is in terms of the internal hardware. A big improvement with this new edition of the device is the move to newer and more advanced 64-layer 3D V-NAND Triple Cell flash memory. It also now includes support for TRIM. Basically, and in layman’s terms, it means that the T5 should perform much faster, and cooler, than older devices (more about that below), whilst being optimised for modern operating systems. 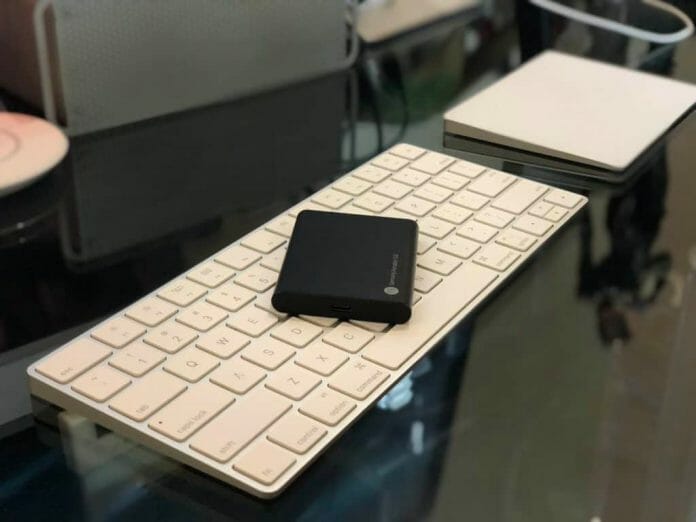 Although the device ships pre-formatted with the universally readable exFAT file system, it is best to format it to the file system that your primary operating system utilises. Doing so will allow the device to take full advantage of TRIM support. For Windows the NTFS format is preferred, and on macOS, it is best to go with AFPS.

Interestingly, Samsung have also included support for Google’s Android. This means that people with Android devices can connect the T5 to their devices for fast external storage. Definitely a handy feature.

The Samsung Portable SSD T5 also comes with two 0.3 meter long cables: one USB Type-C to Type-C cable, and one Type-C to Type-A cable. The device also has software on it to enable 256-bit AES encryption for those who need it (software available for macOS, Windows and Android).

Don’t judge a drive by its size [Performance]

Easily the stand out feature of the Samsung Portable SSD T5 is how well the device performs. When compared to the T3, the T5 has been updated to include a USB 3.1 Type-C Gen 2 port as its default connector. Not only does this future proof the device, but the change means that it now supports a theoretical limit of 10 Gbps transfer speeds. 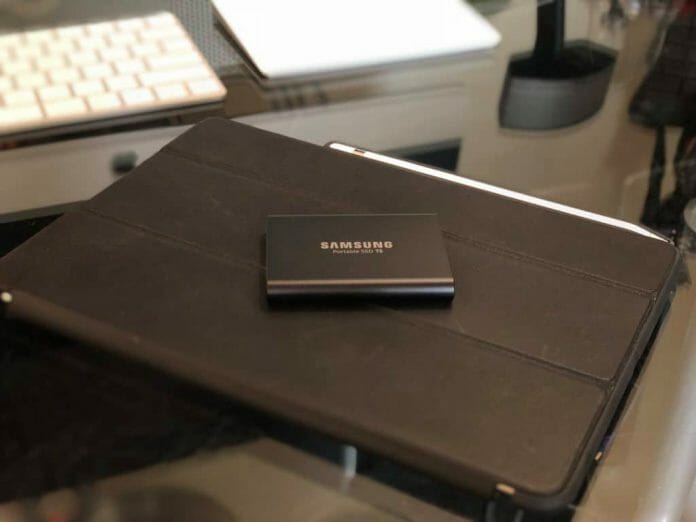 In real world terms, using a single 20 GB file, it effectively gives a write speed of 41 odd seconds, and a read speed of 42 seconds. When switching from a single file transfer to that of a 20 GB folder with numerous smaller files, those write speeds increase to 70 seconds with read speeds of 69 seconds. Very favourable results for an external storage solution.

The performance is actually so good that I currently use the device for editing and storing 4K content in Final Cut Pro X. Although the internal SSD of the iMac I use generally has faster performance, the fact remains that it simply is not large enough to house the system’s OS, storage files and to then be used for video editing. As such, the Samsung Portable SSD T5 is more than suitable for the job, and has the added perk of being removable. Therefore allowing my workflow to be split between my iMac and MacBook Pro – for when I am on the move.

There is no denying that the Samsung Portable SSD T5 is an excellent portable storage device. It features performance that both casual and professional users can make use of, and comes in a variety of storage sizes. Having a three year manufacturer’s warranty is simply another perk for a device that is already at the top of the list when it comes to portable SSD NAND storage.

Although the device is still quite costly, the fact remains that it offers outstanding performance in a form factor that is smaller and thinner than most smartphones – a far cry from even the smallest of HDD drives.

Naturally, the cost of the device is subjective to the needs of the user; but for myself, it is easily the best, fastest and most versatile storage device that I have had the pleasure of using.