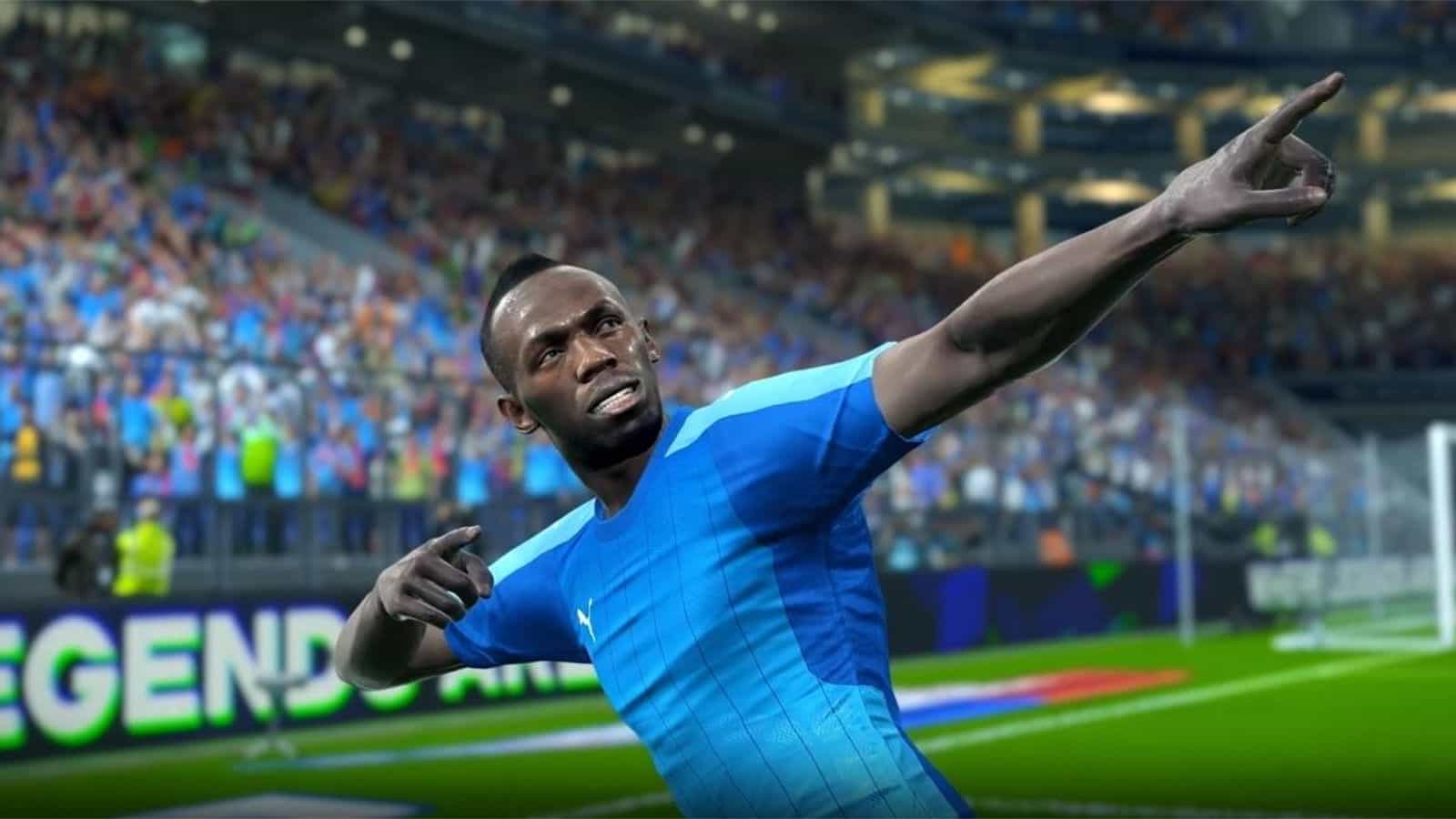 Usain Bolt, the Jamaican Olympic medalist and esteemed “fastest man alive”, was officially titled as the ambassador for Pro Evolution Soccer 2018 in August, 2017. Bolt will be the first non-footballer to be an ambassador for the Pro Evolution series. In fact, the legendary sprinter will actually be a pre-order bonus for the game. With that said, Bolt’s PES 2018 stats have been revealed, and they are quite generous seeing as he is not a footballer. 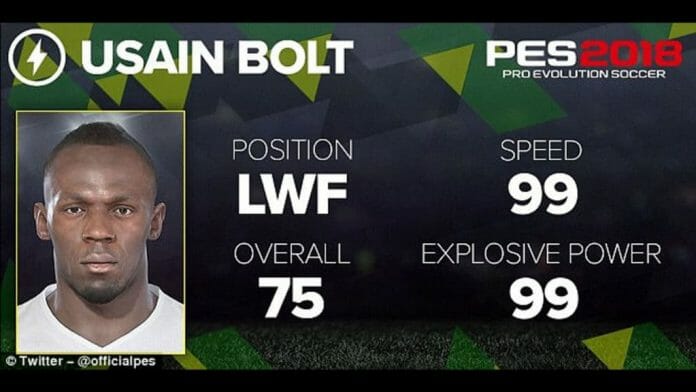 Usain Bolt’s overall rating for the game is an average of 75, along with a good, strong field position: Left wing forward. This is decent, seeing as he is not known, at all, for his football prowess. What he is known for, however, also makes him quite the player in PES 2018: the fastest man alive. Bolt has a 99 rating for both speed, and explosive power. That is two points more than the previous fastest player in the game, Borussia Dortmund’s Pierre-Emerick Aubameyang. It is also three more explosive power points over Aubameyang. That is very impressive!

While he has a pretty average overall score, he is definitely the player you would want to choose if your team lacks speed. This will undoubtedly make Bolt a very important part of many starting teams. 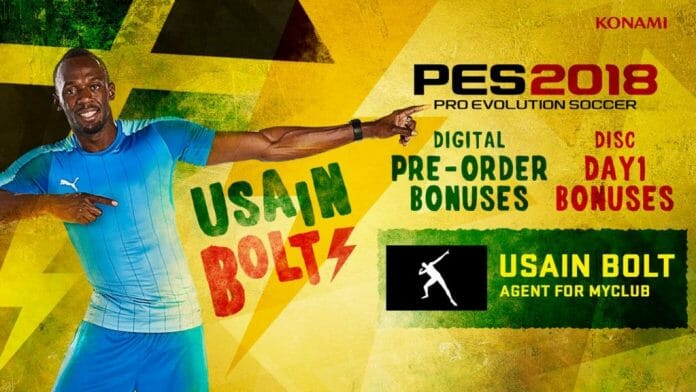 The 34-year-old Jamaican Olympic medalist retired earlier this year. Konami announced Usain Bolt as ambassador right after he had completed his last 100-meter sprint in his home country. Bolt won 8 Gold Olympic medals during his tenure and has broken multiple records — some of which were his own.

Players can still get him on their team by pre-ordering PES 2018 before its 14 September 2017 release. The game will release on Xbox One, Xbox 360, PlayStation 4, PlayStation 3, and Windows PC.