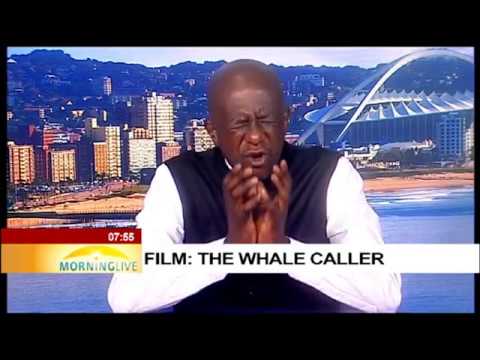 As the film nears its 13 October 2017 release, it seems as if it is making even more waves. The movie, which is set in the beautiful backdrop of Hermanus, just received a standing ovation during its screening at the Durban International Film Festival (DIFF). This is no small feat either, as the DIFF features filmmakers, arts and entertainment industry stakeholders, and more, from more than 30 countries around the world. This year, the DIFF celebrated its 38th birthday.

In the video embedded below, SABC Morning Live spoke to The Whale Caller director, Zola Maseko. In it, he is asked about the film’s reception to which Maseko says that the screening was “totally amazing”.

The interview also covers Maseko’s nine-year journey to finally having The Whale Caller turned into the masterpiece that is today. He stated that raising funds for the budget and marketing, as well as distribution, were the deciding factors in The Whale Caller’s nine-year journey. He also mentions that his inspiration for the film came from his life-long passion of telling local stories. As television presenter Leeanne Manas says in the interview: “the movie has grown from strength to strength”.

All in all, The Whale Caller is shaping up to a film for the ages and I, for one, cannot wait to see it when it releases to the public. The movie opens in cinemas nationwide on 13 October 2017 and is distributed by Ster-Kinekor.