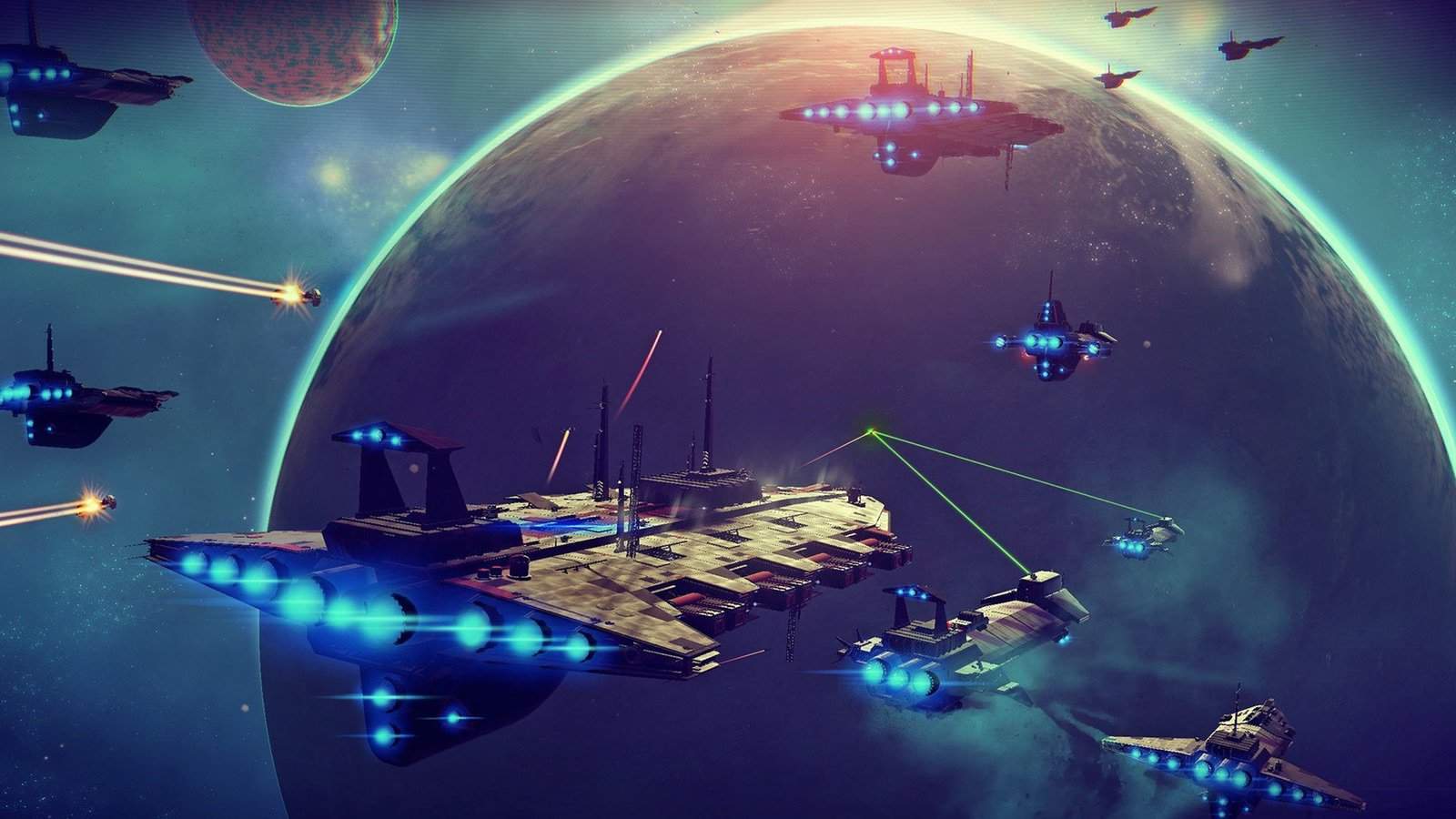 Hello Games’ sprawling spacefaring and exploration game, No Man’s Sky, prides itself on player choice. As such, it will allow players to do just about anything that one can expect from a game in space.

Hello Games has stepped up to the task of creating a massive game. So big, that the game will feature a total of 18 quintillion planets. That is such a huge number that no number of players will ever be able to explore every single planet in the game.

Given how large the No Man’s Sky’s universe is purported to be, players already know that the exploration will be a daunting task. What Hello Games have been keeping a lot more quiet about is how exactly will combat work? In order to generate hype for their upcoming game, Hello Games are releasing what they call Guides to the Galaxy.

In the newest video guide, players get treated to a tiny bit of the combat that the game will offer. The latest guide shows how players will ‘Fight in No Man’s Sky‘ and follows on from the last episode that dealt with exploration. These two trailers, along with two unreleased trailers, will showcase the game’s four core pillars: explore, fight, trade, and survive.

The ‘Fight in No Man’s Sky’ guide opens with massive ships that look like battlecruisers amongst which the player is flying. Here, the player starts to shoot at ships in the distance. After a lengthy display of aerial/space combat, the video then transitions to land-based combat. The video features colourful lasers and guns that would never fit into another game… and I love it.

Fighting in No Man’s Sky appears to offer the standard point and shoot style of first person shooters. Whether there will be more to combat is still unknown. Although meant to focus on combat, this video guide does a great job of whetting our appetites for more of what is to come once the game launches. A highlight of the video is that it showcases the beautiful and procedurally generated ships and worlds that players might experience. It also shines some light on the enemy faction in the game, but only just enough to have us begging for more.

The next two videos, “trade” and “survive” will be released in the coming weeks. Players will be able to take to the skies and explore the game’s Universe from the 8th of August 2016 for PlayStation 4 and PC.