Ubisoft have released a lengthy 14-minute gameplay demonstration of Watch Dogs, the surprise game of E3 2012 and one of 2013’s most anticipated titles.

The video is narrated by the game’s video animation director, Colin Graham, and provides a taste of what the single-player and multi-player aspects of Watch Dogs will be like once the game releases this November.

The video showcases how Aiden Pierce, the game’s protagonist, is able to hack CTOS – a central operations system that controls everything from traffic to electricity in the digitally recreated city of Chicago. This level of control ostensibly allows Aiden to influence the city around him, a city whose inhabitants will naturally react to Aiden’s actions. 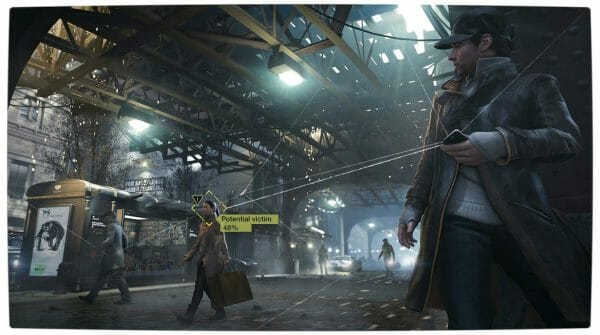 The most interesting part of the video, however, is a brief demo of the seamlessly multiplayer aspect of the game. Without any prompts or prior warning, players will be able to hack into and impact your game. You then have the opportunity to track down the hacker and stop the hack from taking place as well as hacking into the other persons game.

The seamless multiplayer can, thankfully, be deactivated for players who would prefer a stand alone single player game, but it is a feature that currently allows Watch Dogs to stand out from other games of a similar nature. I, for one, look forward to being hacked and, subsequently, hacking my friends online.

Watch Dogs is out on 19th November in the US and 22nd November in Europe and the UK, across Xbox 360, PlayStation 3, Wii U and PC. The game will also be available at the launch of the PlayStation 4 and Xbox One.