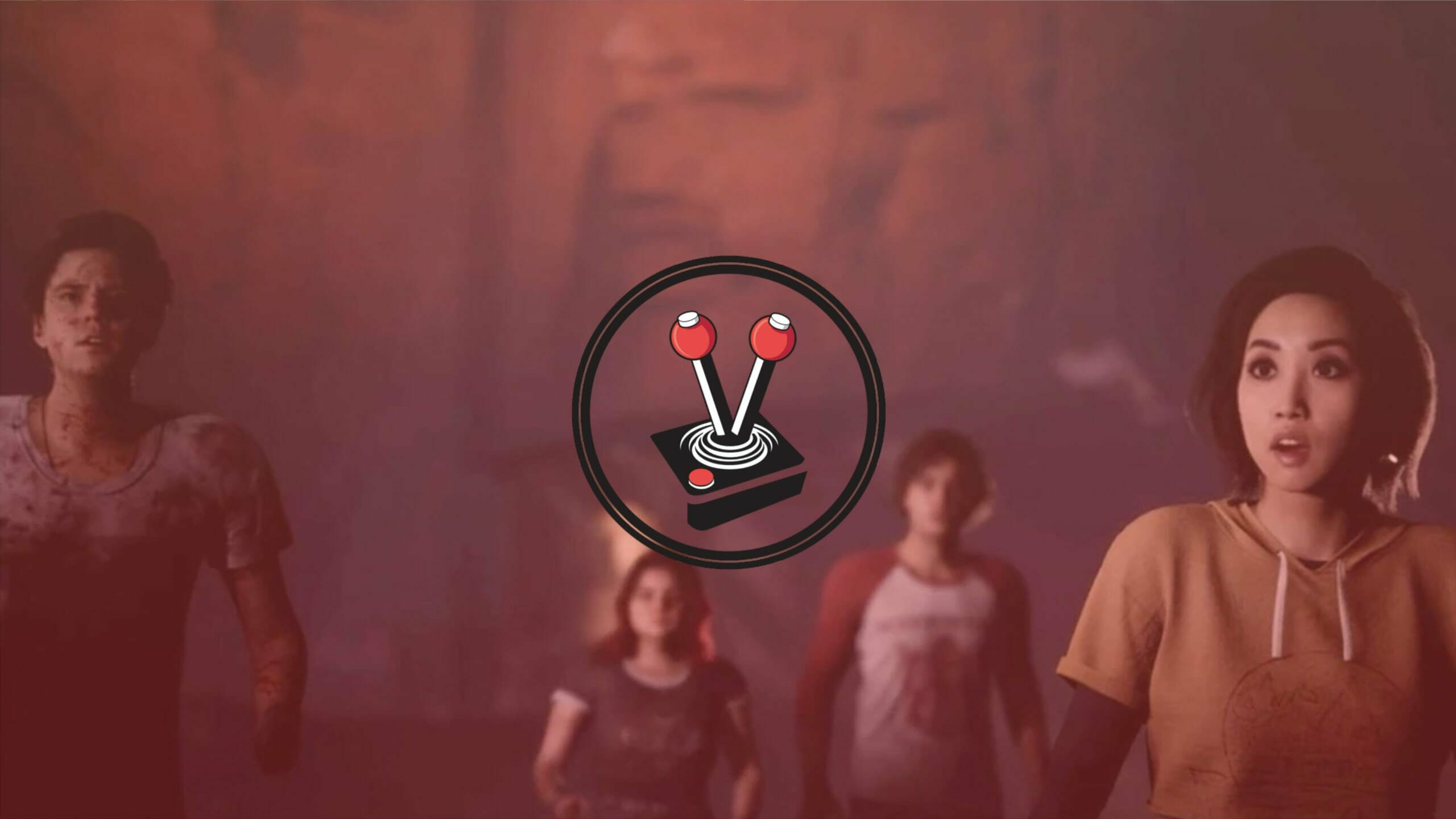 Classic shock-gore horror with all of its wonderful early 80s tropes is hard to come by in video game format. Of the few titles taking classic horror movie fans for a spin, Until Dawn is the one that always come to mind. The game was praised for its unapologetic motion capture and was similarly criticised for being a little too janky in execution. Seven years later, however, developer Supermassive Games has returned with a spiritual successor – not unlike their horror video game classic. Called ‘The Quarry’, the new title proves how much the studio has learnt in the years since, and why this new game is a must play for fans of the horror genre.

Video games have long drawn inspiration from other forms of entertainment, with film and television often topping the list. The Quarry is no exception as takes its fair share of pages from multiple sources. Chief among them, however, are films like Friday the 13th, The Texas Chainsaw Massacre, and Jeepers Creepers. Similar to how these films tend to bring an ensemble group of young adults together in some creepy setting, so too does The Quarry. The game revolves around a group of teenagers and focusses on ruining their lives [permanently]. There are countless classic horror tropes, crazy plot twists, and massive plot divergence. While all of this sounds great on paper, Supermassive Games have managed to work the narrative masterfully, drawing from the likes of George Romero and Stephen King in order to deliver a lot of a devilish fun.

Players familiar with Until Dawn will immediately recognise the setup in The Quarry. The game opens with teen counsellors Laura and Max (Siobhan Williams and Skyler Gisondo, respectively) who find themselves lost on the way to summer camp. The pair end up in a ditch after swerving to miss something standing in the road. Here they are surrounded by mysterious ghost-like images, spectral remnants of a non-existent carnival, and a creepy whispering forest. Before long, however, they are rescued by what can only be described as the world’s creepiest cop, who then tells them to stay away from the camp at night. Like all good horror characters, Laura and Max do not listen; things go awry, and the stage is set for the rest of the story. While only a prologue it genuinely manages to impress; and serves as a wonderful piece of cinematic storytelling masterfully setting up the tone for the rest of the game.

One of the biggest pieces of criticism regarding Until Dawn was how its tropey characters lacked depth. Supermassive have done an incredible job at ironing out these issues and polishing the characters in their latest story. Everyone, from Laura and Max, through to Bobby, Chris, Travis and main man Jedediah Hackett (Ethan Suplee, David Arquette, Ted Raimi and Lance Henriksen), they all feel like real people living actual lives. Fully fleshing out the characters immediately improves the immersive quality of the title. In this sense, players soon learn how the camp has been run by the Hacketts since the 50s. Thereafter, the narrative slowly introduces more tension, mystery, and sublime horror with every passing second, as the secrets of the camp become exposed and the seven playable characters need to fend for their lives around every corner.

Another great aspect of The Quarry is how it becomes increasingly challenging to know whom to trust. Red herrings, crazy plot twists, and unthinkable diverging plot points (each dependant on player action) never ceases the tension. As a simple game of truth or dare escalates into a manipulative minefield, some members of the group go missing, and the tension coupled with the worry of staying alive slowly begins to build, players are suddenly left to contemplate the biggest of questions. In a way, the game somehow works itself up to the question of whether players can even trust themselves. It is, truly, awesome.

In order to complement the narrative, a game needs to have solid mechanics. The Quarry is a dream to play. It lets players nestle comfortably in its horrifying bosom, with controls and mechanics that are not only easy to understand, but also quick to grasp. Similar to Until Dawn, the game alternates between motion capture (Mo-Cap) and pure computer-generated imagery (CGI) where players take control of the situation at hand. It puts players in the shoes of the characters who, at multiple intervals during the game, need to make conversational choices or take actions that impact the outcome of the title. The repercussions of these actions will sometimes be felt immediately, whereas others might only be seen on a much grander scale, rippling through the pool that is The Quarry for many hours thereafter. Unlike the game before it, The Quarry also *seems* to have actual player choice with a sense of gravitas far greater than ultimately only leading characters to their death. In total, Supermassive Games have flaunted 186 possible endings, where even the smallest of decisions can alter the conclusion. The result is a game that is incredibly immersive whilst offering a lot of replayability.

Beyond choice, the game also throws gruelling QuickTime Events (QTEs) into the equation, each of which have immediate life or death consequences on players. These do not appear out of thin air, however. QTEs are usually followed by tense situations or scenarios where players can naturally deduce how something dire is about to take place. With that said, most of the gameplay boils down to walking around and figuring out where to go next. There are multiple things to interact with in the game’s world, marked by a shiny blip on the screen, and there is also an incredible ambience tied to every scene. Characters comment on their whereabouts and situations, and their bodies tense up or change depending on where they are and how they are doing.

Thanks to next-level motion capture and honestly some of the best acting since Detroit: Become Human (2018), The Quarry easily enters the uncanny valley — and not in a bad way. Subtle facial expressions paired with masterful acting make characters wholly believable when paired with realistic backstories. Every character is unique; friendships and romantic entanglements dominate relationships, and modern challenges of sexual identity and family history all muddle together in a big dramatic cauldron of complexities. Sometimes the immersion breaks a little when the game seems to switch from mo-cap to CGI, but these moments are rare. The amount of detail present ensures characters look and feel as unbelievably realistic – often in a jaw-dropping way. It really is superbly done.

Strangely enough, The Quarry also has a local-multiplayer option, where every character in the cast can be controlled by a different player. As noble as this feature seems, the challenging bit here will be getting more than seven people in one room. Another cool feature is what Supermassive Games have lovingly dubbed “Film Mode”, where players can opt to switch off pretty much every single gameplay facet of the game (beyond exploration), making the game nothing more than an interactive film. Furthermore, playing through the game once will unlock a do-over feature, where players can skip through scenes in order to keep characters alive or have them killed off. Ultimately, however, experiencing the story is the most important facet of the title.

To complement the excellent acting and story, The Quarry also makes expert use of both licensed songs and original scores. While the licensed tracks are questionable (personal taste in music notwithstanding), Supermassive has managed to insert them at opportune times. As a result, the musical score ebbs and flows between original tracks and licensed music in a way that totally makes sense, and removes a lot of worry about whether the game is just a B-movie reincarnate. Similarly, the original tracks manage to build and relieve tension when needed, delivering the proper emotional gut punch often required in a game like this. Doing so makes the entire experience, whether players are in the midst of a lengthy QTE fest, a leisurely stroll in the spooky woods, or actively engaged in a scene that lacks any kind of controller input altogether, feel like they are watching a cinematic masterpiece.

It goes without saying how everything is a visual masterpiece in The Quarry. From the aforementioned characters, through to the way a wet road shimmers in the moonlight or how a shadow plays creepily across multiple walls and objects; it is all rather exceptional. Even simpler objects, things the developers figured players may not interact with, still feature immaculate detail, whereas only simulation titles could come close. Coupled with the musical direction, the way characters are modelled, and the way the story ultimately plays out; it is extremely easy to not how The Quarry truly sets the bar in terms of visual fidelity – especially in the horror genre.

There really is no argument of whether The Quarry is a must-play title or not. At its worst, it is a significant upgrade from what Until Dawn offers gamers. At its best, The Quarry delivers an emotional and tense story with some of the best cinematography and visual fidelity the video gaming horror genre has yet seen. The exceptional narrative, awesome characters, and gut-wrenching gameplay are facets every horror game should have, and more. It is, simply put, one of the best horror titles of the current console generation, and will be extremely challenging to beat.