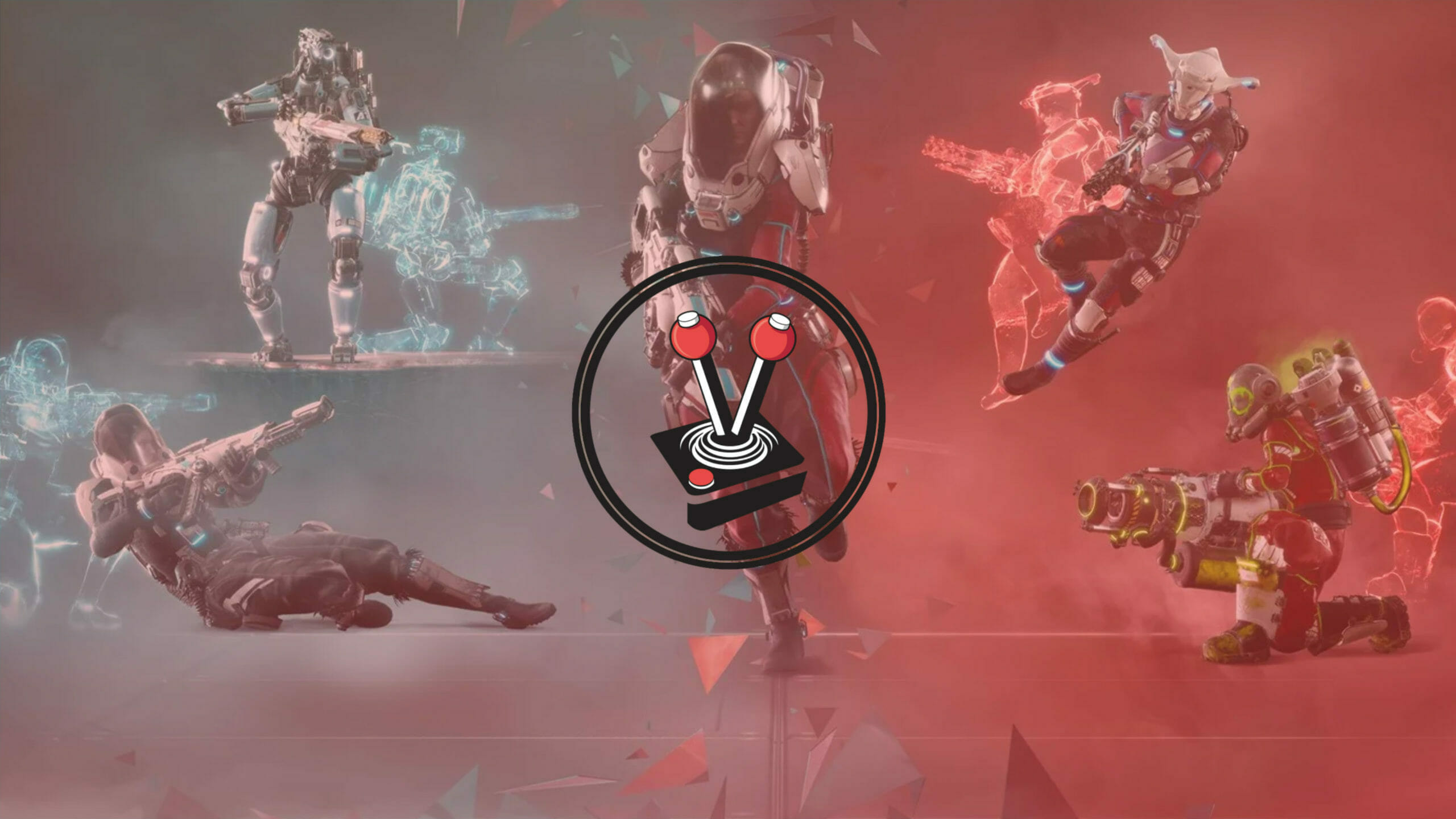 Looking at the bevy of options available to first-person shooter (FPS) fans may make one hard pressed to think about (and find) titles exploring innovative and fresh new ideas. For years, the multiplayer FPS market has consisted of copies and reiterations, with each new game attempting to execute its battle pass or free content in a more attractive way than the previous. Fortunately a ray of shining light comes by way of Lemnis Gate, proving how originality and innovation still have a place in the FPS genre.

First-person shooters are all pretty much the same in concept: players run around, shoot at other players, capture a flag or two, and so on. Lemnis Gate is mostly the same, but also oh-so different. Simply put, it is a wibbly-wobbly, timey wimey concept so ludicrous and new, the entire game feels like something never before seen, and it is incredible.

Lemnis Gate is a title that is extremely challenging to explain without any real-time demo to back it. Essentially, matches consist of a plethora of 25-second loops – mini-matches, if you will – where either one or two [or all] player(s) choose from one of the playable characters, and execute as much as they can in the allotted time. There are a number of things players can do: choose a fast character to get to as many of the objectives as possible in 25 seconds; pick a big and burly character to go ham at one or more of the objectives; or, in the event the opponents have already had their go, pick a character that will easily counteract whatever they have done before.

Unlike every other FPS, Lemnis Gate is not just a one-and-done shooters. There are multiple 25-second loops, and each of those become increasingly confusing and challenging. Players who go first have the burden of choosing whether to establish dominance over the map or get to as many objectives as possible, while players who go second need to counteract as much as possible from the previous loop. Once a loop ends, the next loop begins — but get this: the previous loop does not become moot. Instead, whatever actions players took previously will now forever play out every loop, as their “ghosts” act out any and all actions taken. As such, every loop becomes more and more complicated as players add more characters to the match. This way, opponents can keep track of, and ultimately, try to foil whatever actions were taken before and vise versa.

Lemnis Gate features several game modes, but most of them do unfortunately boil down to capturing or destroying a certain objective. Seek & Destroy, for instance, requires players to blow up more resistors than their opponents. The team who goes first can get a couple of free hits in this way, but the team who goes second can then go and kill off the looping ghosts and get their own damage in. All games, whether it be Capture or Destroy, result in a massive tug of war between two teams where loops become more complicated and more characters ultimately end up looping through the map. It truly is incredible, and is really something that needs to be experienced to be fully understood and enjoyed.

Most matches take place over five turns (or loops), and boast seven characters, each with their own weapons and abilities. Striker, a personal favourite on PC, is a sniper with the ability to briefly slow down time. If done right, one can get about two slow-downs in before a loop ends, and when used optimally, can get a lot of negating done. Karl is an android-type character who can jump higher than the others and features a shield ability. On console this is my go-to character (be careful, though, since his shield can protect anything including enemies and/or objectives). Vendetta is a good character to choose in order to establish dominance on a map; their turrets can lock down entire areas when placed correctly. Rush, on the other hand, is the go-to for objective scoring. They also work well to counter opposing Strikers. Toxin’s weapon shoots blobs of, well, toxin sticking to surfaces. These act as damage-over-time (for everybody except Toxin), so be careful and strategic. Deathblow is the big boy — he features a rocket launcher and a bunch of mines. They are the perfect character to use in order to lock opponents out of certain areas, or shepherd them to others, and their rockets can take out entire areas. Be careful, however, as friendly fire can easily make a match turn sour if those rockets hit friendlies. To cap it off, the game also features a nice all-rounder character called Kapitan. They run a little faster than the others (minus Rush), carry an assault rifle, and can throw a grenade or two.

It really must be reiterated how friendly fire is always on. As such, players need to keep in mind where they will be running in future loops, as spamming Toxin’s globs all over the place, for instance, may result in a bad time for not only the opponents, but also themselves. Similarly, having Striker shoot at ground-level might result in their projectiles being blocked by friendlies in future loops as well, while a badly placed Deathblow can result in match-throwing results when it matters most. This level of strategy is amazing to see in a game that is essentially just Overwatch and/or Call of Duty with better execution and the addition of time loops.

Naturally a game like this needs crisp and clear visuals with big and bold visual aids. Thankfully it boasts a whole lot of user-interface cues and colourful prompts, letting players know when it is their turn and who they are looking at. The game will not be winning any kind of rewards for its presentation, however, but at least it is pretty in passing — good enough for a current-generation multiplayer title.

One of Lemnis Gate’s biggest issues comes by way of its current offerings. The game only features 12 maps, which sounds like a lot, but many of these are locked to certain game modes (there are around three to four per game mode). Due to this, repetition may rear its ugly head sooner rather than later, resulting in a game casual gamers may not come back to after their first six or so hours. Naturally, the amount of strategy needed to successfully win a match or two, coupled with its simple gameplay may count in the game’s favour. There is no denying how most gamers would rather switch off for the night after work with something repetitive versus getting their brains working over time with a game like Lemnis Gate. As such, fresh new coats of paint every so often is a must. Let us hope developers Ratloop Games have something big planned for the title’s future.

Despite one or two drawbacks, Lemnis Gate remains one of the greatest multiplayer titles this reviewer has played in over a decade. While its basic gameplay may be exactly the same as any other arena shooter, it features a level of strategic thinking and time-looping concept never before seen in the genre. This, coupled with its seven unique characters and twelve maps, results in a much-needed breath of fresh air. The multiplayer space is saturated with Overwatch and Call of Duty clones, but Lemnis Gate is here to bring a sense of “newness”, wonder and legitimate strategy to the mix. It is, simply put, extraordinary.