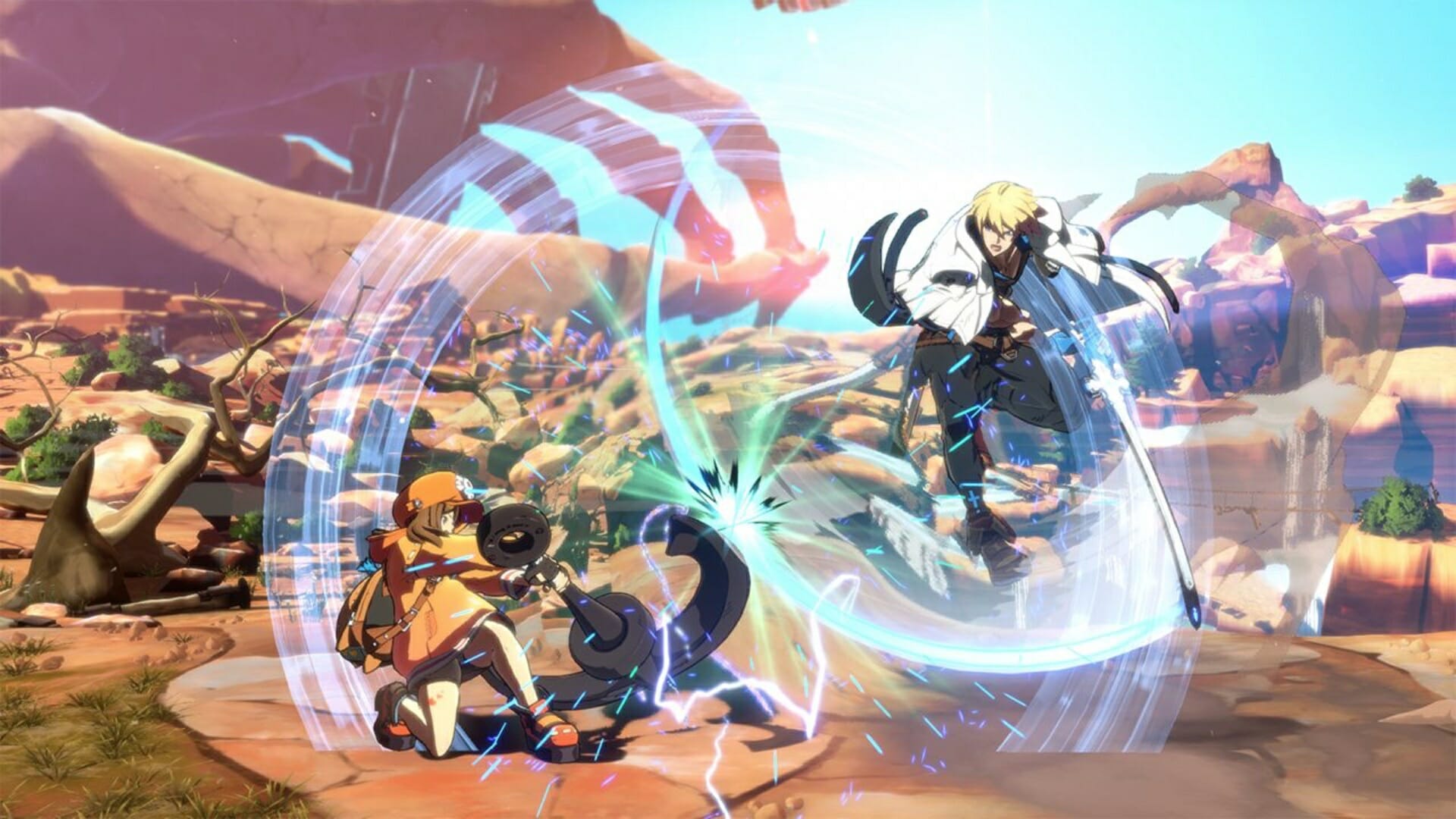 Arc System Works is well known within the fighting game genre. After all, the development studio is responsible for one of the most epic and true-to-form Dragon Ball fighting games ever: Dragon Ball FighterZ. However, the studio’s real claim to fame is with the excellent Guilty Gear franchise of fighting games. With this in mind, Guilty Gear Strive is their seventh mainline instalment in the franchise, and it shows. There are many systems in place that clearly show the studio’s expertise, but there also a bunch of baffling design decisions that only serve to confuse.

It should be noted that this hands-on preview is based on a limited-time closed beta period for pre-order players and select media representatives. As such, all things I discuss have the possibility of changing. With that said, there are a few design decisions I highly doubt will change this late into development. These oddities largely come down to the weird decisions Arc System Works have made to the entirely reworked combo system, a strange implementation to combat latency online, and one of the worst lobbies I have ever come across.

The very first thing you will notice as you load into the network mode (the only mode available during the Guilty Gear Strive closed beta), is one of Arc System Works’ most baffling lobby systems to date. The developers have always played around with weird interactive lobbies where players can see each other. In Dragon Ball FighterZ, this boiled down to cute and customisable chibi versions of established characters. The lobby in this Guilty Gear Strive closed beta, however, is a strange 8-bit section where players stand around with their weapons drawn while they wait for others to approach. You can also customise your lobby avatar with a huge selection of hair, tops, bottoms, hats, and more. I do not mind this bit as much as I do the massive banner that covers the right side of the screen. While I get the need to give players up to date information about the game’s current events, playing around on one side of the screen felt weird and badly thought out. Worse still is the actual matchmaking. Having to wait and watch for someone to matchmake with was an annoying game of: selecting the player, choosing the fight option, and then waiting for the game to finally realise a match needs to be set up. This often took much longer than it should have. Thankfully there are other positives to look toward.

The Guilty Gear games have always looked incredible, and the Arc System Works’ iconic anime-style fighting games have been a personal favourite. Their style translates beautifully into just about any franchise they get their hands on, including Dragon Ball FighterZ – one of my top three favourites. It is no different this time around as Guilty Gear Strive not only features the very iconic style I just mentioned, but a wonderfully animated cast of characters and a dynamic arena system. This is hands down one of the best-looking Guilty Gear games I have ever played.

Naturally, it helps that characters are all animated beautifully to fit within the grand design of the game. Guilty Gear games have always entertained a decent roster of characters who are all sorted into different categories based on their key focuses. In Guilty Gear Strive, you will see at least 10 confirmed characters, of which seven were playable during the Guilty Gear Strive closed beta. Sol and Ky are likely the most well known of the lot, while the others are a conglomerate of returning favourites from previous titles. May has always been a personal favourite from both the original game and Xrd: Sign. Thus it is no surprise how I played as her the most during the Guilty Gear Strive closed beta.

Beyond the characters themselves, the biggest change by far comes by way of the game’s Gatlings. The Guilty Gear combo system has always been outstanding. Similar to the likes of Mortal Kombat or Injustice, you can press any number of directions and actions and know you will land a cool-looking combo or two. Mastering this new Gatling system, however, is a completely new experience. If you take the time to learn every little nuance in your main fighter’s arsenal, you can do heavy damage quickly. Guilty Gear Strive seems to have done away with this aspect completely! Instead of being able to chain and change attacks together by cancelling normal attacks, Guilty Gear Strive exclusively limits you to two or three-input combos.

Arc System Works has said that Strive is not meant to be a reboot of the franchise. Rather, it is a complete overhaul of the gameplay systems without actually sacrificing player familiarity. For the most part, this much is true. However, the dialled down Gatling system is a proper slap in the face for any Guilty Gear fan. Where previous games were true testaments to fighting game player acumen, Strive aims to be more accessible so as to accommodate newer players. However, this new system seems to come at a high price. I may be talking as someone who has played previous games, but this new system forces you to learn a whole lot more gameplay combos, which directly contradicts the entire point of overhauling it in the first place. Know the exact three strings of twenty-button combos you need to juggle your opponent in Xrd? Well, be prepared to forget that in favour of sixty two or three-button combos instead. Should be easier, right? Not in my experience. I honestly think it is a terrible change.

Like Dragon Ball FighterZ, pushing your opponent up against the corners of an arena and kicking or slapping them will result in a map transition. As pretty as the wonderful map transitions are, they have been put in place to keep players from firing off a bunch of no-brainer combos while another is stuck in the corner. Transitioning will reset both players to the centre of the stage and come with a cool new background. The pre-fight pan is a skippable cutscene that shows you the breadth of your current stage and all of its various transitions. It also comes with a cool narrative blurb introducing the world and reasons why people are fighting each other. I would recommend not skipping these if only to see what the world looks like. Unfortunately, it seems that only one player needs to skip for both to move onto the actual fighting. A shame, for sure, but one easily fixed before release.

After every fight, the game rates you on your performance. It bestows a screen on you that breaks down each element of the previous fight. Damage and Variance scores showcase how offensively you played, while Guard and Evasion come down to how defensively you played. There are also ratings for Heart, Guts, and Judgment (how these are judged is anyone’s guess). Your overall technique, however, is broken down into Input and Versatility. So be sure to get creative with the millions of tiny button combinations the game features. All in all, I am not entirely sure how well this breakdown will tell you how to improve your play style. I would have preferred a straightforward breakdown. With that said, stats are always nice to have in a fighting game and should generally be implemented more widely.

Given how the game is still I beta, each of my opinions should be taken with a tiny bit of salt. There are a lot of things I found either strange or weirdly designed in the Guilty Gear Strive closed beta, many of which I am certain will change by the time the game releases. Regardless of my qualms with the weird lobby and its massive banners, and the Gatling system overhaul, I know Arc System Works is a dedicated studio. Therefore, I feel confident that the game we will get, come Q4 2020, will be well worth the wait. To make sure, however, we will keep our eyes and ears open as more tests and reviews become available before release.