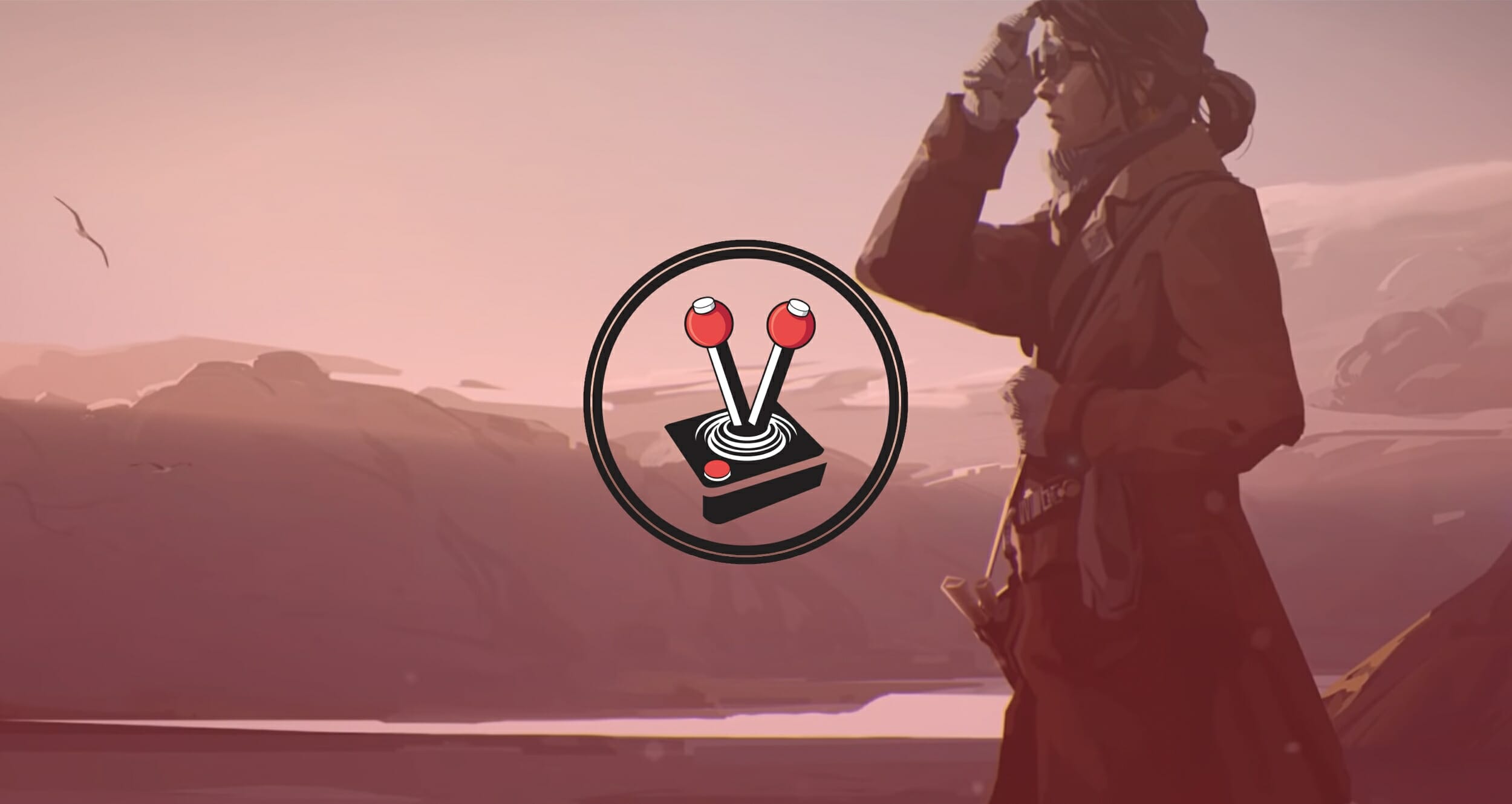 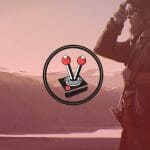 There is a certain kind of beauty exuded by post-apocalyptic novels, films and games. Frostpunk is one such game. In it, the world has been subjected to an eternal winter. Food is scarce and survival is a daily struggle. You are tasked to found a city from a caravan of survivors, and make it thrive under the harshest of circumstances. Frostpunk brings a new meaning to tactical survival where the city is constantly both in your debt and actively trying to end your reign as you make sure they have enough resources to hold off deadly subzero temperatures. Its newest downloadable content, however, takes you back to The Last Autumn.

Frostpunk: The Last Autumn is the newest downloadable content set to come to Frostpunk. It is the second major title update unlocked with the Season Pass, and the first expansion set to release in 2020. The Last Autumn reveals what happened to Site 113, and their struggle to construct the generator before the frozen tundra ultimately decimates the world. It also expands on the lore behind the incredible survival game and introduces a number of core mechanic changes that evolve the Frostpunk experience into something else entirely, and I love every single thing about it.

The premise of Frostpunk: The Last Autumn is clear: help bring Site 113 to the same kind of standards the British Empire expects from its umbrella colonies. The catch, however, is that nothing is at it seems and the world has already passed the point of redemption.

Like New Home, Frostpunk’s vanilla scenario, The Last Autumn acts as another chapter of the longer narrative. One spanning an alternate-history post-apocalypse where Victorian and Edwardian-era steam machinations have dominated the course of scientific and technological discovery. Unlike New Home, however, The Last Autumn tells a story of progress and hope – a stark contrast to the hopelessness that dominated the aforementioned scenario.

I fell in love with the story of Frostpunk the moment the first survivor arrived and brought along the prospect of a doomed New London. Initially, I did not think I would feel the same way about The Last Autumn – judging solely from the trailers. However, as I expanded Site 113 to include two docks and started fleshing out the lore of the world, I was hooked. The world is bleak and it is your job to do whatever it takes to build a generator and have it ready for when the subzero temperatures finally arrive. You are this world’s equivalent of Noah, and Site 113 is your Ark.

Gameplay tells its own story

Running your camp seems like a breeze at first, compared to the instant hellish play area in New Home. Site 113 is surrounded by lush forests, a beautiful blue coast, and all non-playable characters are in it to win it (complete with unique names and ties to one-another). All core gameplay aspects from the base game remain largely the same. You have to collect resources such as wood, steel and coal, stockpile them and/or use them to build any and all buildings. As before, the aim is to make your settlers happy, and have the story move forward by completing an ever-growing list of objectives.

With that said, The Last Autumn does bring improvements to core mechanics. New laws, for example, change how you manage discontent and motivation while new research trees and economy systems keep things fresh and fair – disastrously so.

The very nature of The Last Autumn actively messes with the instincts New Home has hardwired into veteran players. Everything about it – especially the first thirty days or so – seem strange. The game starts out at +10 degrees! Sure it lowers as time passes, but this is in stark contrast to the original scenario. Honestly, it is quite nice and it brings with it a kind of comfort you want to cherish for as long as possible. Although a small change, it slows down the way you play. By the time I finally unlocked the fisherman’s cottage, and sent my second team of foragers out into the world, I noticed that I was 15 days behind schedule. I had also forgotten about the book of laws and my camp was shy of at least fifty settlers needed to get the job done. Being the kind of no-nonsense gamer my daddy taught me to be, I restarted the scenario.

The change in pace brought with it a newfound enlightenment to playing the game. Suddenly my eyes were opened to all of the smaller changes The Last Autumn adds to the title. Positive additions include more streamlined processes to make building and researching easier, a constant array of workers, engineers and steam cores available for import from the British Empire (via boat and another building you have to unlock not too long into the process), and a heavy emphasis on sustained hunting on the overworld map. If you manage to get all of these processes running smoothly, without getting too behind on your generator-building schedule (of which the game has a nice little tooltip reminder to keep you stressing), you will be golden as you enter the end-game.

As with the base game, The Last Autumn tells its story in the way you unlock more laws and build your outpost into a self-sustaining city with its own set of laws and rules. Every decision you make, whether it be to pull workers from a collection project in favour of sending them out to find food; choosing between hearty meals or contaminated food; or just deciding whether you want to put a public house in your city, or keep it as squeaky clean from any kinds of sins; every choice determines the overall mood of Site 113. The result is an incredibly detailed story that leaves no sociopolitical stone unturned.

The book of laws in The Last Autumn, however, is nothing like it was in New Home. The biggest change is how the Adaptation law tree is replaced with Administration. Considering how you still fall under the British Empire and its rules in this timeline, extreme options where you literally turn the tide of the city are put on the wayside in favour of way more personable laws. We are all decent human beings, after all… right?

From the moment you enter The Last Autumn scenario, right down to the very moment the temperature falls and your generator roars to life for the very first time, the game throws beautiful artwork and surreal views at you like there is no tomorrow. After all, if your generator fails to fire it might just be the end.

Since playing the masterful beauty that was Frostpunk: Console Edition, I have always wondered what the game would look like on PC. Thanks to 11bit Studios and the latest expansion, I can safely say Frostpunk is as stunning as can be. Zooming out of the play area reveals a massive world, lush in some parts and already snow-covered in others. It feels cold and somewhat depressing, yet features beautiful greenery that superbly contrasts the icy visuals from the base game.

The Last Autumn also brings back Photo Mode, first introduced with Frostpunk: Console Edition. While still as basic and simple as before, it really helps a lot to have brand-new subjects to capture in invigorating and fresh new light – literally.

From the mind-bending new premise and gameplay concept, to the masterful design in narrative and art, it is clear 11Bit did not hold back in favour of squeezing more money out of their players. The expansion improves upon the base game in ways I did not think possible, with brand-new laws and reworked research trees; a new set of buildings and new roles for engineers and workers; all the way through to incredibly voiced cutscenes and hand-drawn art meant to not only tug at your heart strings. It also tells a whole new story about people who still think they have the upper hand over mother nature and her cold grasp. The only downside with The Last Autumn is how it can only be acquired via the Season Pass. A pity, considering many folks might come back exclusively for this. [Since its official release, The Last Autumn can now be purchased as standalone DLC – Ed].

The Last Autumn is an incredible addition to Frostpunk and easily one of the best expansions I have ever played. The frozen survival premise explored by Frostpunk is excellent, and enhanced even further with this expansion. A must play for fans of the base game.