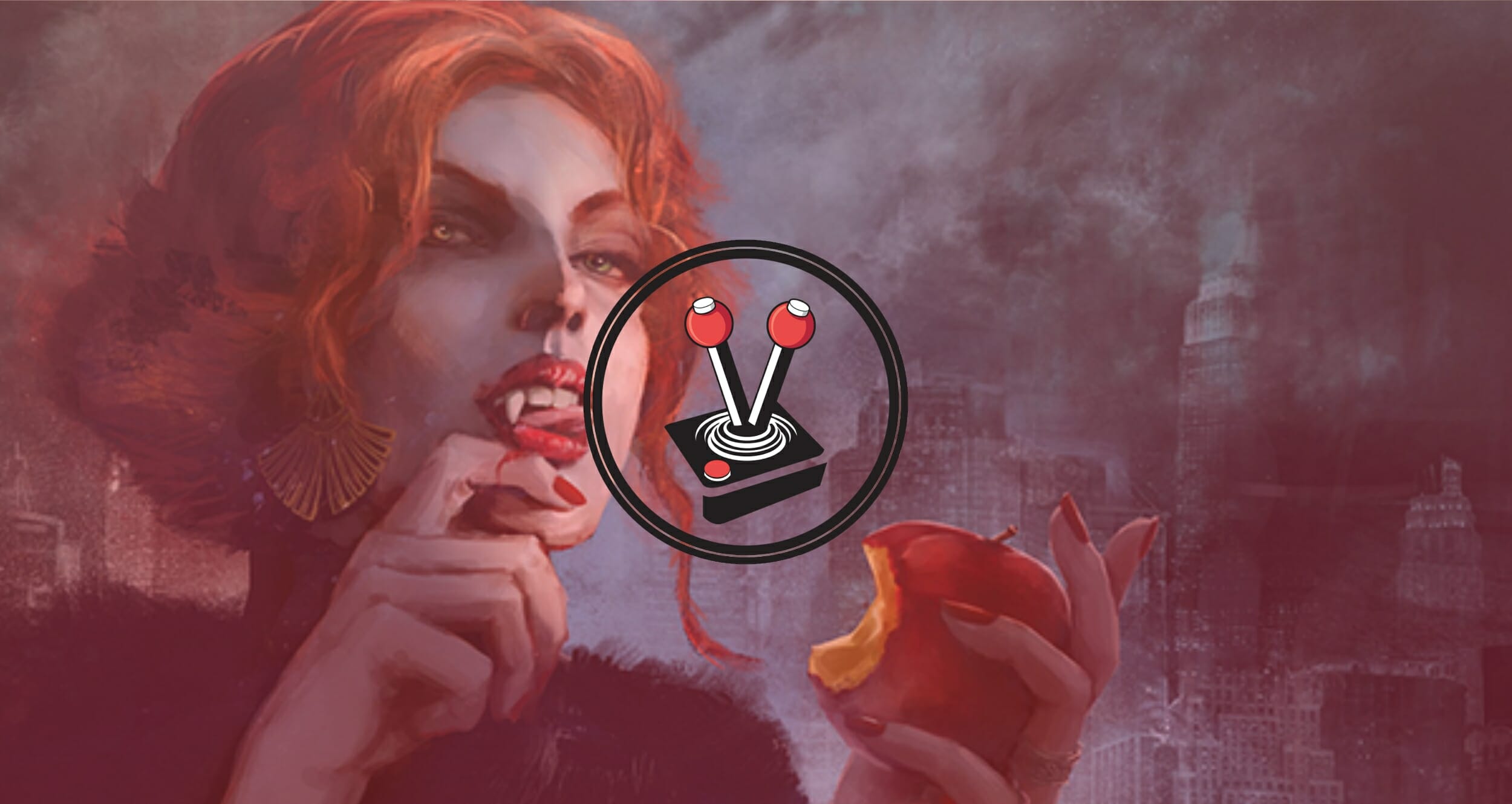 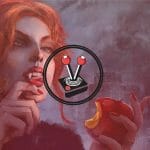 Vampire: The Masquerade is a tabletop game created by Mark Rein-Hagen and published in 1991. It was the first in a long line of what has become a massive anthology, spanning books and games, known as the lore-filled ‘World of Darkness‘. The World of Darkness, in turn, is home to countless stories, all based on the ever-evolving war between Vampires, Werewolves, and everything in-between. However, I reckon we can all agree how it was the 2001 game Vampire: The Masquerade – Bloodlines, which has brought us all to this point. A space in time whereby gamers are anticipating a sequel, but will have to make do with the small reprieve known as Vampire: The Masquerade – Coteries of New York.

The prospect of a true sequel aside, the video game rights to the tabletop game have been snatched up Draw Distance (formerly iFun4all). In turn, the studio has created an unexpected, yet incredible, spin-off title to Bloodlines called Vampire: The Masquerade – Coteries of New York. It is a visual novel (a first for the franchise) and a brand-new endeavour for Draw Distance, who are well known for their quirky indie games. In short, the studio has crafted a masterpiece, and I loved every moment with the title.

Visual storytelling at its best

Visual Novels are unique games. They often rely solely on the story to hook the player and carry the plot forward. As such, I booted up the game expecting an epic ride. I was not disappointed.

Vampire: The Masquerade – Coteries of New York is set in a world where vampires exist in secret. They live by their code (called The Masquerade), complete with unique traditions and cultural nuances. There are strict rules in place to ensure mortals never learn of their existence, even as the Vampire high society continues to influence the very world mortals live in.

At the start the game makes you choose from one of three characters, each of which comes from a different clan with unique powers. As with Bloodlines, you start as a mortal who is quickly turned into a newborn vampire, who is then thrust into a world you have no knowledge of. You are left begging for your “unlife” in front of a court of high borns and subsequently taken into servitude. So far so good, right?

The first hour of the game introduces you to a variety of characters, many of which will not have your best interests at heart. The way the story is told in these opening hours cements how the game progresses thereafter. Dialogue is delivered in a way that makes you feel like an outsider, because you are one. It is therefore up to you to forge your unlife into something worthy of being ‘kept on the plane of the living’.

From there, the story quickly moves through a few tutorial nights where you learn how to feed, skulk in the shadows, and use your abilities to your advantage. The ultimate goal, however, is to seek out different vampires who inhabit New York, and do whatever it takes to convince them to join your new master’s coterie (Vampire: The Masquerade’s name for “coven”).

As you go through these motions, you will also stumble upon characters who feed you sidequests. As a vampire, you have a limited amount of time to do anything. Thus many of these side quests will go unfinished. Nights generally start at around 9 pm, and you are pushed forward as you complete tasks, feed, and collect intel. Much of it feels rushed, but it has been done so for good reason. There are only so many hours in a night, and time is not on your side. As such, you must choose your allies carefully. Play too generously with your time by trying to befriend everyone, and you will eventually learn to regret your choices. Choose, act, and trust no one – that is how I managed to get through the game.

These choices are fantastic, and I have only ever seen this level of interaction before in one other visual novel: Steins;Gate. I did not expect any kind of Steins;Gate levels of gameplay here, which really impressed me.

As a visual novel, Vampire: The Masquerade – Coteries of New York offers a myriad of choices. Every choice has a consequence, and they will inevitably influence your story for better or worse.

Interestingly, most dialogue choices are made during the first hour or so of the title. Thereafter, you will notice how many of the additional choices are cleverly hidden in your gameplay. I am uncertain if this is a clever way to bring aspects of the tabletop game into the visual novel or not. Either way, I loved it.

As a vampire, hunger is your biggest crutch. As you use your abilities and make your way through the night, you will undoubtedly become hungrier. If you fail to seek out some food (read: human blood), you will become weaker, but more at one with your humanity. Feed to much, however, and you will slowly work toward unleashing the beast within. Whichever choice you make you will need to be careful to not expose The Masquerade, which is a big no-no in this world.

As you make your way through the game, you will see pretty much every dark nook and cranny of New York City. The game takes you across the entire city, which is broken up into different quests – some of which are outside the main story. In this way, the game encourages you to make friends with other vampires you may otherwise not want to, or vampires who might ultimately help your journey later on – especially when loyalties have been fulfilled.

Two very useful elements of the gameplay in Vampire: The Masquerade – Coteries of New York include the Dictionary and the Log. Any fancy words uttered by other denizens of New York will automatically fill up the Dictionary. No idea what a coterie is? As soon as the name comes up in dialogue in red, it gets added to the Dictionary. The log, on the other hand, is a useful feature that lets you scroll back to past conversations or even just back to what was said earlier in the same conversation. Thanks to this, I managed to dodge three or four bullets that I believe would ultimately have led to my demise. As I only played through one of the character stories, however, I cannot attest to how big of a bullet I dodged.

The game has a very clear three-way split in the story right from the start, which lends wonderfully to its replayability. My understanding is the ending remains the same regardless of who you choose at the start. Even so, different stories will fill different aspects of the game and together they manage to offer players an all encompassing picture. To me, this is a massive positive considering and should lead to many additional hours of gameplay.

New York I love you

Vampire: The Masquerade – Coteries of New York is a beautiful game. Visual novels often have a heavy emphasis on how lively their characters are. Coteries of New York, however, puts a lot more focus on its environments. Characters are detailed and beautifully drawn and painted, but remain static for the most part. Rather, Draw Distance opted to create stunning backgrounds for pretty much every scene you will ever encounter in the game.

Whether you are stuck in a parking lot bunker, locked up and alone for the day, or in a beautiful showroom where your art is on display for the world to see, there are intriguing details in the background of each to keep you gushing. There is an option in the settings menu to remove some of the animations in the background, but I have no idea why you would ever want to. Whether the effect is rain, fog, falling leaves, or just moving lights, the game is beautiful no matter where you are.

Besides a toggle for animations and background effects, there are no other graphical options in the title. It is a visual novel, after all, so graphical prowess would be at a minimum. However, I cannot help but feel like the game would benefit from toggles that add an extra layer of crispness or effects. With that said, Vampire: The Masquerade – Coteries of New York does let you set the size of the subtitles. Thank you Draw Distance!

The perfect taste of the World of Darkness

Bloodlines released in 2004. As such, many gamers interested in Bloodlines 2 will most likely not get to experience The World of Darkness as a fledgeling vampire – who is out to carve their bit of destiny. Vampire: The Masquerade – Coteries of New York fills this void, and does an excellent job of introducing these very gamers to the World of Darkness.

I particularly adore how the game managed to surprise me around every corner. As someone who has played countless visual novels, Coteries of New York managed to feel fresh and new. It helped to refresh my mind on what The Masquerade is all about, and adequately teased the grander picture of the World of Darkness in such a way, that I simply cannot wait for Bloodlines 2 to release. I suppose this is why there are two other characters I still need to play with, right? Draw Distance did an amazing job! Vampire: The Masquerade – Coteries of New York is the perfect taste of the World of Darkness. It is so good that I simply have to know whether this, too, will get a sequel in a couple of years.