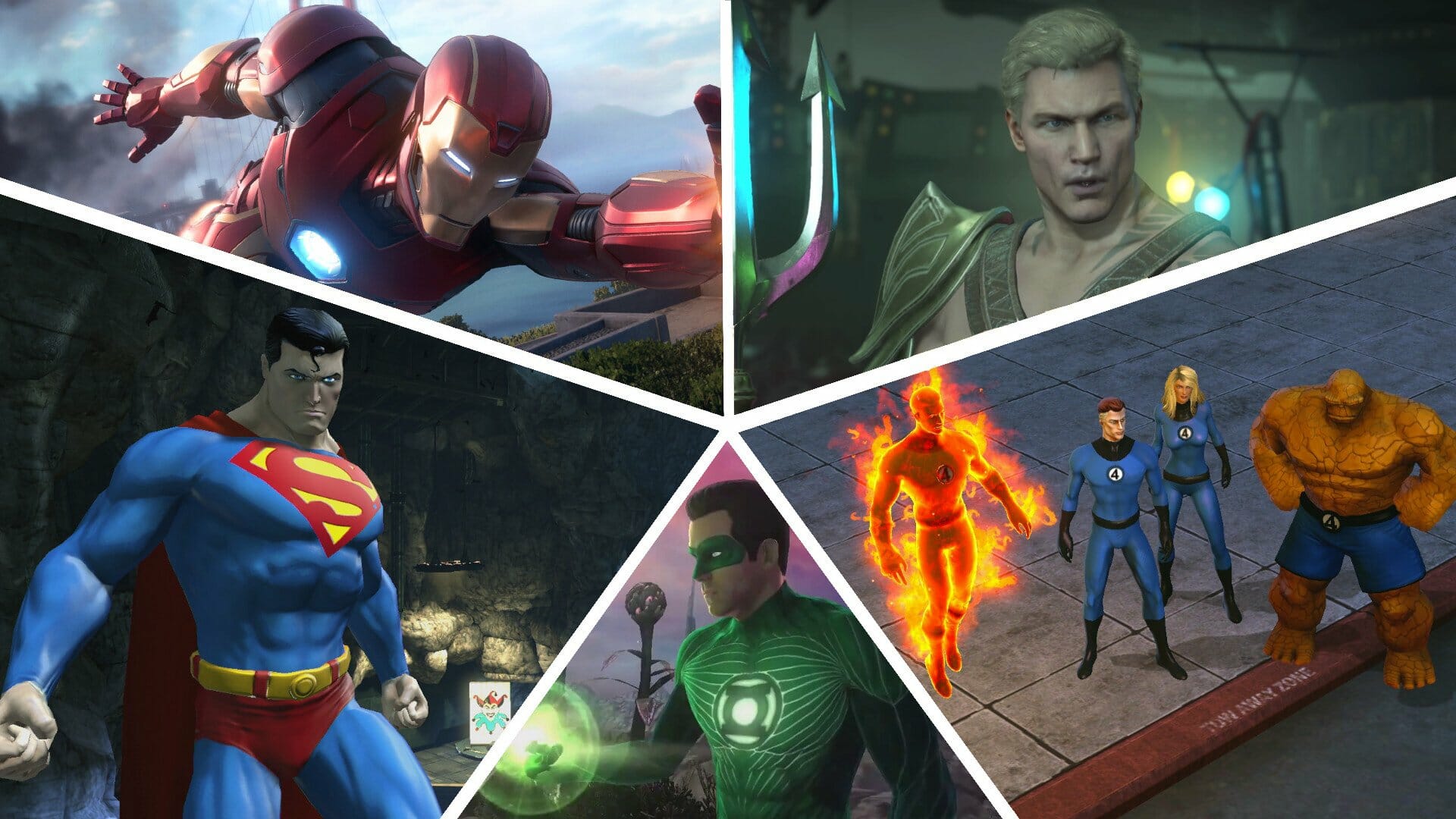 When Batman: Arkham Knight released in 2015, it was Rocksteady‘s swan song for the caped crusader. One last classical Arkham treatment before announcing how they would be leaving their award-winning comic book videogame adaptations in the dust – in favour of greener pastures. Since then, there have been three live-action Batman movies and even more animated titles. As such, does Bats need more videogames? Yes, but also no. Perhaps it is time to give another hero the spotlight. More specifically, the Rocksteady treatment.

In the last five years, Rocksteady has been largely silent about what their future holds. While Warner Bros. Interactive Entertainment has been hard at work at keeping the Arkham franchise alive (since a cow cannot be milked if it is dead), Rocksteady has purportedly been hard at work on a brand-new franchise. We may not have any idea what this franchise entails, but the rumour mill has been grinding away at several juicy possibilities! So much so, it has the Vamers Crew going mad with ideas. As such, we have collected a list of Five superhero franchises Rocksteady can explore next, in no particular order.

While we all know Rocksteady are absolute legends when it comes to comic book lore (especially when pertaining to DC Comics and Batman), there is absolutely no reason for us to think they cannot rock Marvel Comics as well. Naturally, no character would be more suited to the Rocksteady treatment than Marvel’s very own millionaire playboy!

Tony Stark’s story would be one of the best options for Rocksteady to explore next. He has the tools, gadgets, and yes, the money, to do whatever he wants, whenever he wants. I can Already imagine Rocksteady crafting a unique and new New York City just for Tony to fly through. Alternatively, perhaps a Malibu setting hearkening back to the Iron Man trilogy from the Marvel Cinematic Universe! Whatever the setting may be, whether the Tony Stark in this possible Rocksteady franchise is a young and snarky origin story or an old and experienced tech giant, it would be incredible.

DC Comics features an wonderful universe with a wealth of potential videogame franchises ready to burst into the spotlight. The only thing we need is for a talented studio to take the reigns. Just like what Rocksteady did to Batman! While Batman was set in the iconic city of Gotham, Batman’s Justice League buddy can get his own game set in, you guessed it, Atlantis.

Forget batarangs, the batmobile, and whatever else ol’ Bats has on his utility belt. In a game set in Atlantis, and in a game where the player controls none other than the Aquaman himself, tools can go by the wayside in favour of, get this, summons! Have a group of baddies to deal with? Where explosive gel would cover that in the past, Arthur Curry could summon creatures of the sea instead! Where Batman could grapple to random points, Arthur could torpedo toward certain points. The thought of what Rocksteady can do with Aquaman is overwhelming, to say the least. Image the water-based puzzles, and the literally fluid combat. Imagine the cool gadget-replacing summoning and trident mastery. Gosh, why is this not a thing already?

When Rocksteady announced that Arkham Knight would be the end of the incredible Arkham franchise (from Rocksteady’s point of view, anyway), everyone knew they were looking toward greener pastures. What if it was not pastures they were looking at, but rather, lanterns? Yes, I am talking about DC’s very own cosmic protector, Green Lantern! Let us be honest, while Earth’s best cosmic protector has not had a fair run in both live-action movies and video games, various versions of the character have already proved their worth in animated movies and fighting games, such as Injustice: Gods Among Men, and DC Universe Online.

In particular, I think the Green Lantern comics would work well with how Rocksteady crafts villains and plots. With all of the various lanterns out there and the sheer number of villains featured in the Green Lantern comics alone, Rocksteady would have a mountain of ideas to work with. Beyond that, Rocksteady also has the ring to work with as opposed to Batman’s gadgets. Wherever the game is set, I have a feeling it could flourish into an out of this world experience. Yeah, I went there.

Ever since Batman: Arkham Asylum first arrived on shelves, comic book fans have been clamouring for a Superman game. Superman games have largely resulted in major failures due to how overbearingly powerful the Man of Steel can be. However, if they can temper the Dark Knight and come up with a creative way of “starting over” with all of his gadgets, I am certain they can figure out how to make a Superman game work.

The issue with Superman is how fans do not want another origin story – we have seen that a thousand times over in other media. Rather, we want to fly and see-through buildings, and punch things from the air, and stop trains dead in their tracks right from the start. All of these are reasons why so many studios have opted to leave Supes for someone else… like Rocksteady, perhaps? I think there is no denying that this should be their next franchise. The issue is how Metropolis and its skies will adapt when fans have insurmountable hype for a game that does not exist.

When it comes to five superhero franchises Rocksteady can explore next, Marvel’s first family is not one you think of right off the bat. With that said, I believe the Fantastic Four could benefit from an Arkham-style game unlike many on this list, and for one singular reason: multiplayer.

Arkham Knight’s long-rumoured multiplayer features were ultimately cut during the game’s final phases of development. Rumour had it that players could join their friends’ games as Batman’s best sidekicks, Robin and/or Nightwing. Furthermore, players would have been able to initiate cool combos that would utilise both players. While the latter sort of made it into the game, multiplayer never did. For this reason alone, I think Fantastic Four would be an incredible fit! Rocksteady could build off of the cut multiplayer features, and build a game around it. Imagine a world where four astronauts and scientists in blue jumpsuits have to work together to fend off Victor Von Doom and his army of lackeys. Would it not be incredible? I certainly think so!

Okay, so hear me out. Marvel’s Iron Man may be the best contender, and Superman may be the most likely option. Well, if that is the case, Green Arrow is essentially the second-best option to go with, and an even likelier option to follow Batman: Arkham. The reason for this is twofold. Firstly, Oliver Queen is a billionaire playboy with exceptional martial arts skills, and makes use of all kinds of gadgets, just like Bruce Wayne. Secondly, Starling City is a bustling metropolis with a dark underbelly and shadowy architecture, just like Gotham.

Green Arrow may not be anywhere as cool as Batman, or as sought-after as Superman, but there is no denying how it is the perfect superhero franchise Rocksteady can explore next. With iconic villains already featured in the Arkham games, Rocksteady can even use the franchise as an opportunity to expand the universe of the Arkham games without doing away with what has already been made. Plus, doing both Green Arrow and Aquaman (even if just one-off games), could lead to an incredible Justice League game set in the Arkham universe! Just imagine how great it would be?!