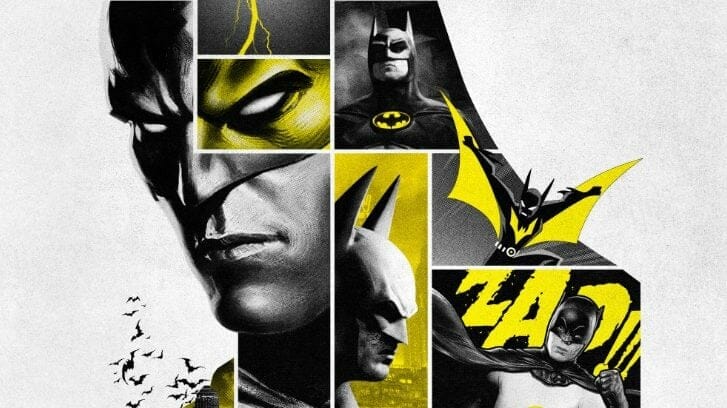 Superheroes are timeless, but some of them are legendary. Batman is one such hero, hence TNT Africa and DStv celebrate Batman’s 80th anniversary by way of one massive festival. Starting on 7 September 2019, right through to the end of the month, fans will be able to enjoy daily viewing of the dark knight and the many television and film adaptations he inspired.

TNT will be showing two films every Saturday, with a huge “Bat-weekend” to cap off the month-long festival. The first movie to air will be Tim Burton’s iconic Batman (1989). It stars the coolest Batman of them all, Michael Keaton, and features Jack Nicholson as Joker. The film airs at 5:55 PM.

Its sequel, Batman Returns will follow directly after. Michael Keaton reprises his role as the caped crusader as he is pitted against the disfigured Penguin, played by Danny DeVito, and Michelle Pfeiffer as the beautiful and conniving Catwoman. The Penguin is on a crusade to kill all of Gotham’s firstborns.

Thereafter, at 6 PM on 14 September 2019, TNT DStv subscribers will be able to watch Batman Forever (1995). The film stars Val Kilmer as Batman, Tommy Lee Jones as Two-Face; and one of the most iconic depictions of the Riddler yet, thanks to Jim Carrey. Batman Forever also introduces Robin (Chris O’Donnell), and a new love interest for Batman called Dr Chase Meridian (Nicole Kidman).

Directly following Batman Forever, fans can catch Batman & Robin (1997), the Batman movie is known for its hilarious “nipple costumes”, “Bat-credit card”, and more. Batman & Robin is very much a comedic take on the caped crusader, hearkening back to the classic Batman television series of the 80s. It stars George Clooney as Batman, Arnold Schwarzenegger as Mr Freeze, and Uma Thurman as Poison Ivy.

The week after that, on 21 September 2019, all of the films above will air again, starting with Batman at 9:35 AM. Later that afternoon, however, fans will get to witness Christopher Nolan’s iconic Batman trilogy, with Batman Begins at 5:45 PM, The Dark Knight at 8 PM and The Dark Knight Rises at 10:30 PM.

TNT Africa and DStv celebrate the 80th anniversary of the Batman in one of the most spectacular fashions – by giving fans exactly what they want: all the classics. I would have personally loved to see Ben Affleck’s take on the Caped Crusader as well, but given that he only really appears in Batman V Superman, it may be confusing to fans who have not seen Man of Steel yet.