Turner Africa has announced that it is launching a brand-new Pop-Up Channel on DStv channel 300. The Pop-Up Channel, SuperheroHQ, is all about superheroes; both classic, and new. 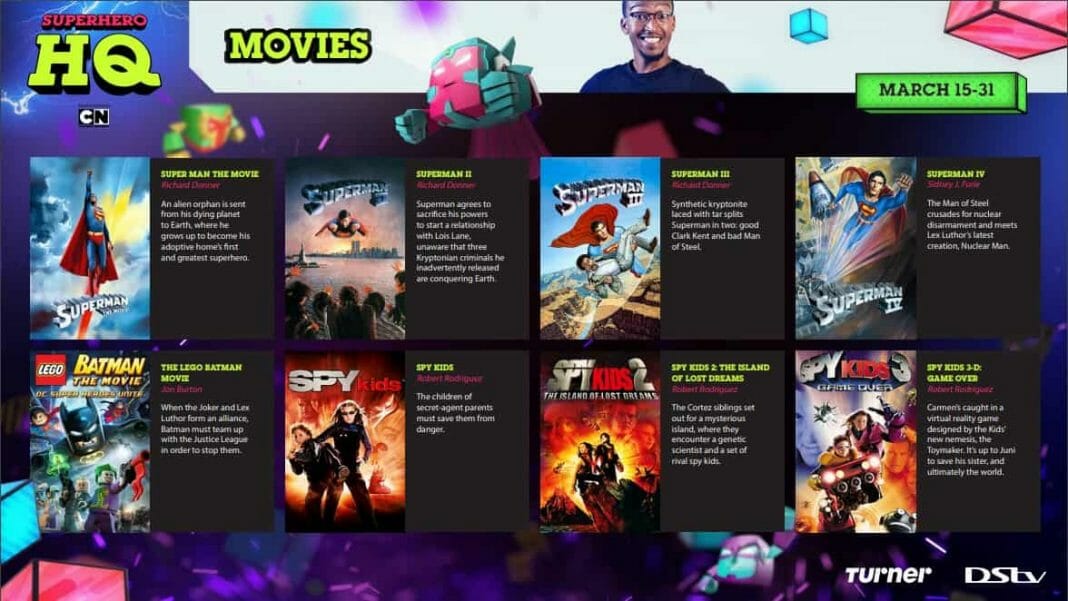 SuperheroHQ officially launches on 15 March 2019. It will run for two weeks over the school holidays through to Sunday, 31 March. Turner Africa states that it will deliver a diverse slate of programming that viewers “cannot find anywhere else”. This includes “matchless animated and live-action superhero entertainment for the whole family”. 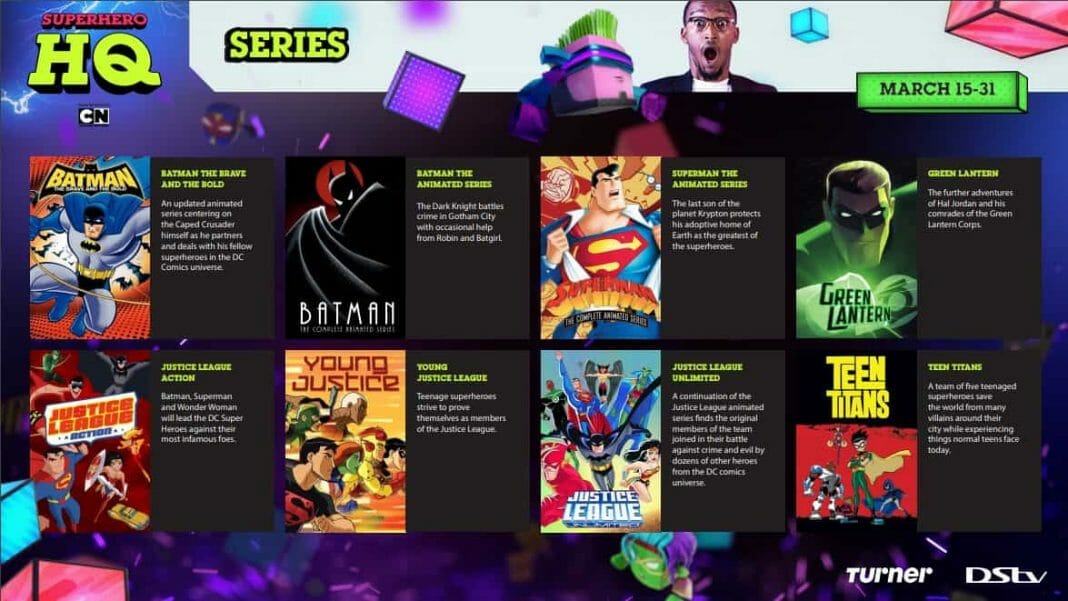 Everything on the channel will be available for DStv Compact, Compact Plus, and Premium subscribers on Channel 300. During the day, kids will get to enjoy eight of their favourite animated caped-hero series. This kicks off at 6 AM, and runs all the way through to 8 PM. After 8 PM, families can get together and settle down to watch “thrilling superhero sagas”. These include the four classic Christopher Reeves’ Superman films, Spy Kids movies, and more. A full breakdown of shows follows below. 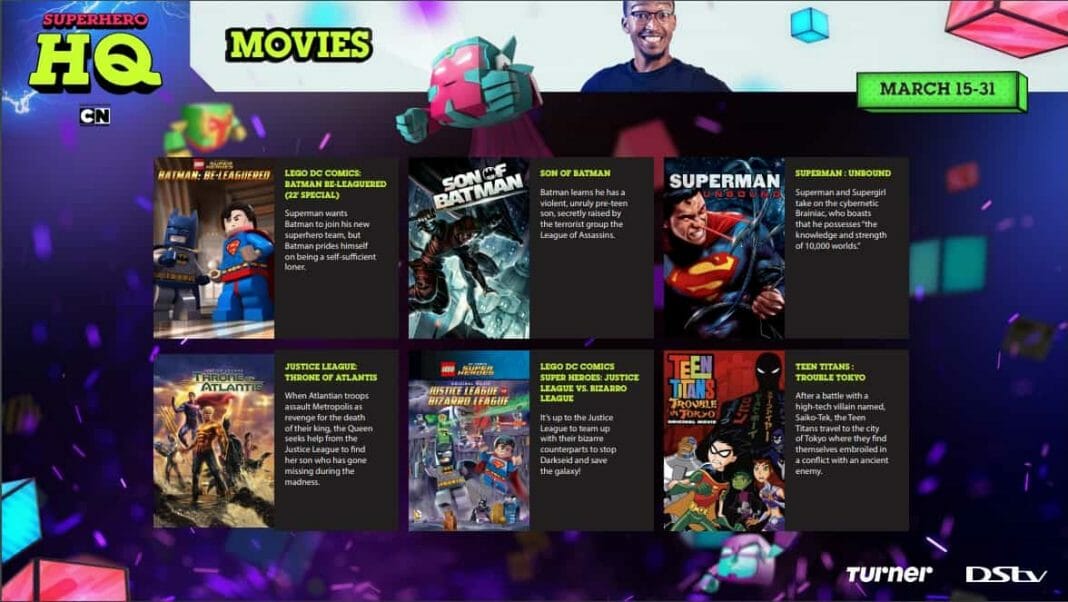 Furthermore, Turner says that by bringing in an acclaimed South African comedian, the Pop-Up Channel will reinforce Cartoon Network’s commitment to bring localised programming to the African continent. Mojak Lehoko will host all shows on the channel for the entirety of the two weeks. He will promote the channel and its content both on and off the air. He will also be injecting local humour, which Turner says, will “resonate well with African viewers”. 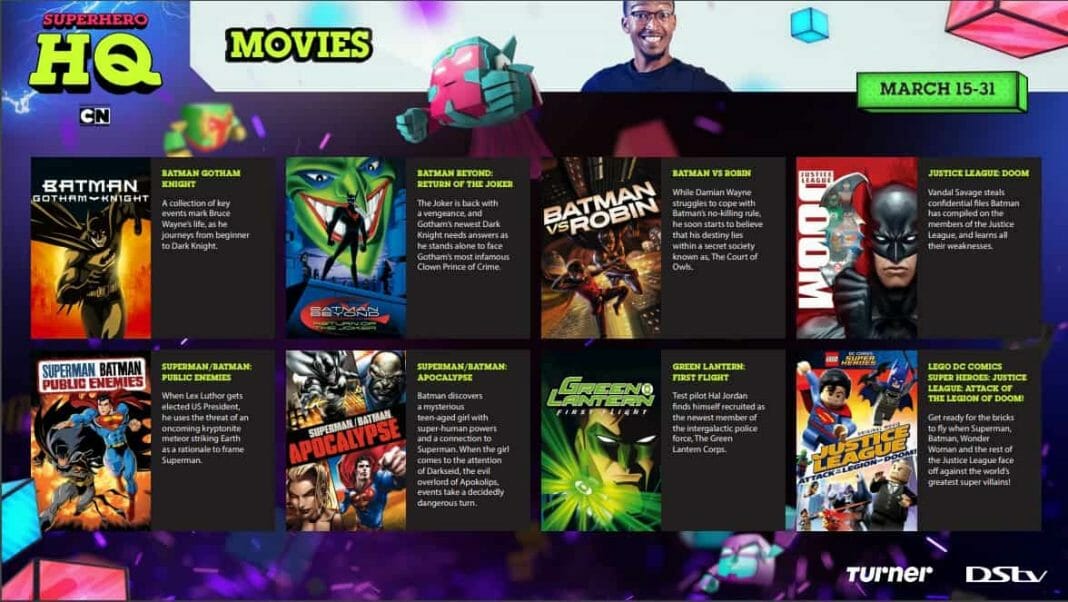