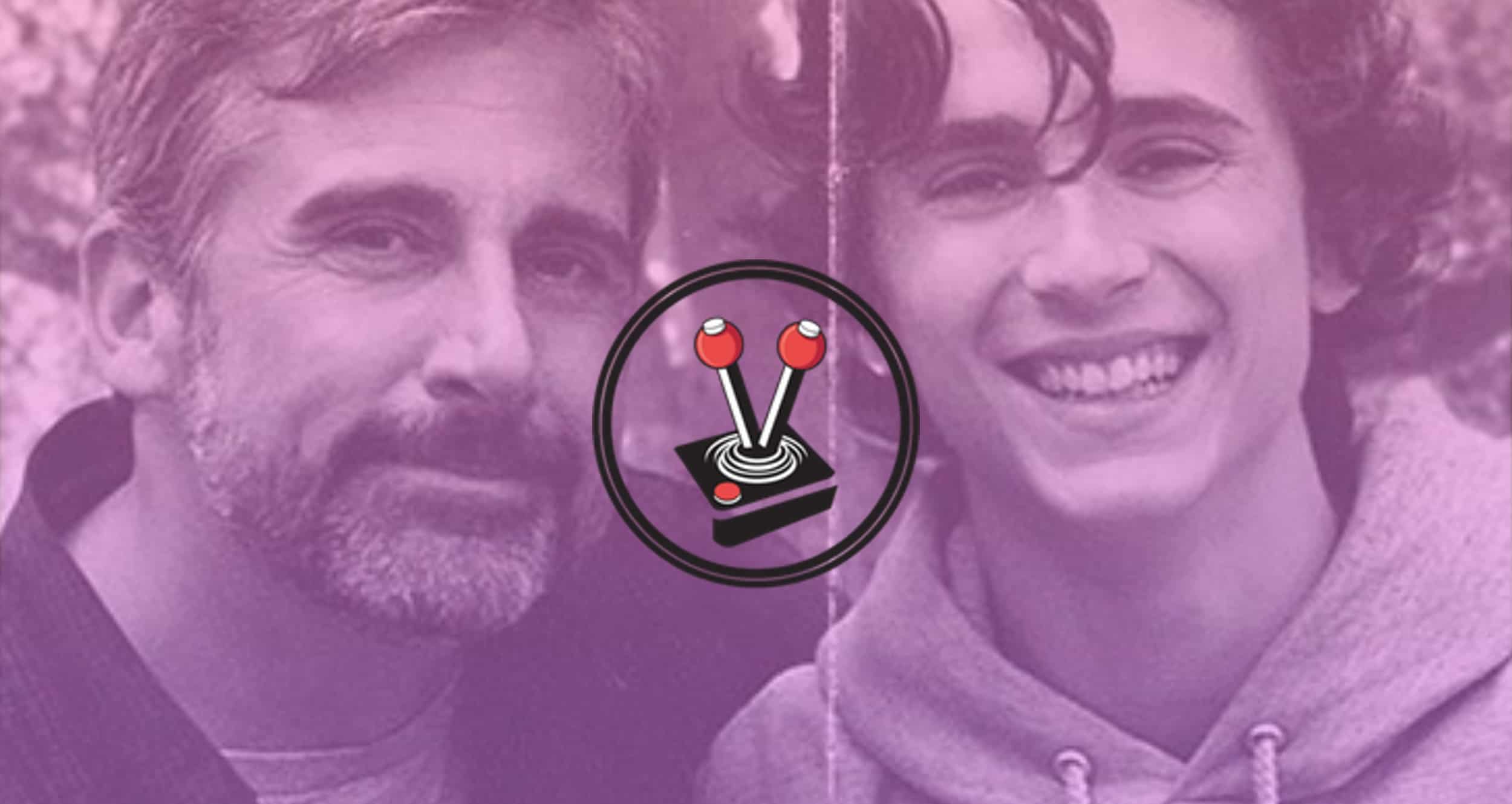 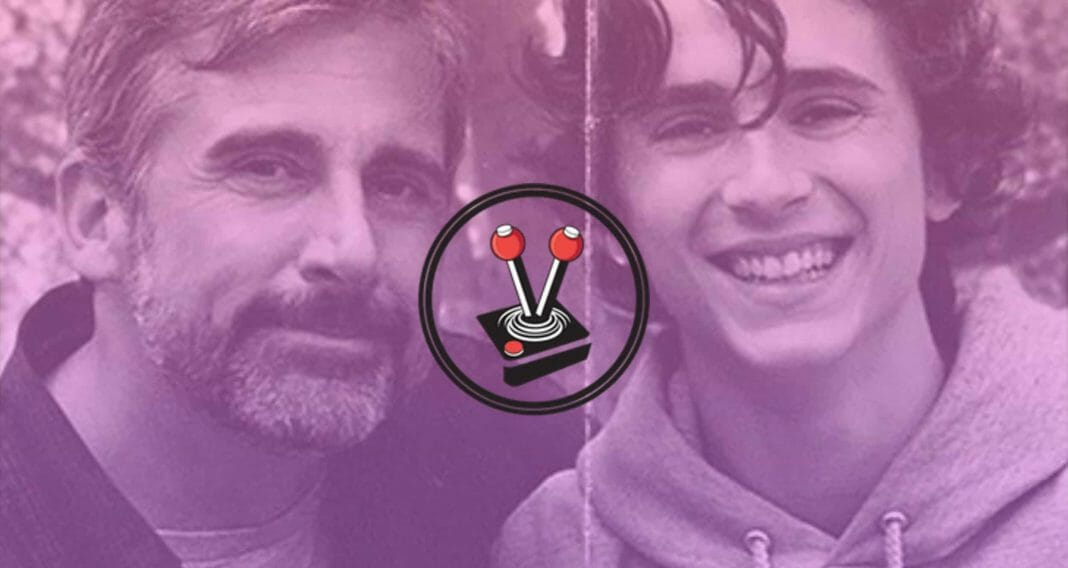 Drug addiction is a subject that is often glossed over in many forms of media. Television series and films would rather take on the subject of alcoholism and depression, over hard drug addiction. I think the reason for this is because drug addiction is still very much a social and societal taboo. It also has the effect of weaving in and out of just about every facet of one’s life, often in what appears to be a more erratic and dire way. This is why Beautiful Boy is such an intriguing film to me. As a fan of Requiem for a Dream (2000), I went into Beautiful Boy expecting hard-hitting themes, and the movie did not disappoint.

“Relapse is a part of recovery” – a powerful quote from the film. This is what the clinic specialist tells David Sheff (Steve Carell) during his visit after learning that his son has run away. Is relapse really a part of recovery? I am by no means an expert, but the moment those words were muttered, I knew that the specialist likely only had Mr Sheff’s money in mind and not much else. I reiterate: I am no specialist, and as such cannot speak for the words said. However, the reason they still cling to me as I write this review is the emotion that came with it. The emotion that David Sheff showed on his face, and the scenes that followed are some of the best in the entire film. Before that moment unfolded, however, we must first go over the who, what, and why of what led to that critical point.

Beautiful Boy is a film steeped in reality, but it is also based on two wild different “true stories”. In real life, David Sheff and his son, Nic Sheff (who is played by Timothee Chalamet in the film), both penned their own versions of the events in the film. Director Felix Van Groeningen perfectly worked with co-writer, Luke Davies, to adapt both versions into a single cohesive narrative that tells a harrowing tale of drug abuse, and the repercussions thereof.

In this tale, Nic Sheff starts out as the film’s literal ‘Beautiful Boy, with promising grades and excellent views on life. Everything is not as it seems, however, as the older Nic gets, the more he slowly begins to experiment with drugs. David Sheff, Nic’s father, quickly learns about his son’s new habits and immediately attempts to put a stop to it. Unfortunately, the way David approaches the issue is not conducive to a good outcome, and instead only manages to make the situation worse. Beautiful Boy depicts how David becomes more and more hopeless. How a father tries his damnedest to help his son onto the right path, only to be shot down time and time again. It tells a tale of a son who only wants to be loved, and who wants to find his place in the world, but becomes pressured into doing things that he does not want to. Effectively becoming someone else in the process. It tells a tale of a son who, no matter how much he tries, cannot live up to his father’s expectations. 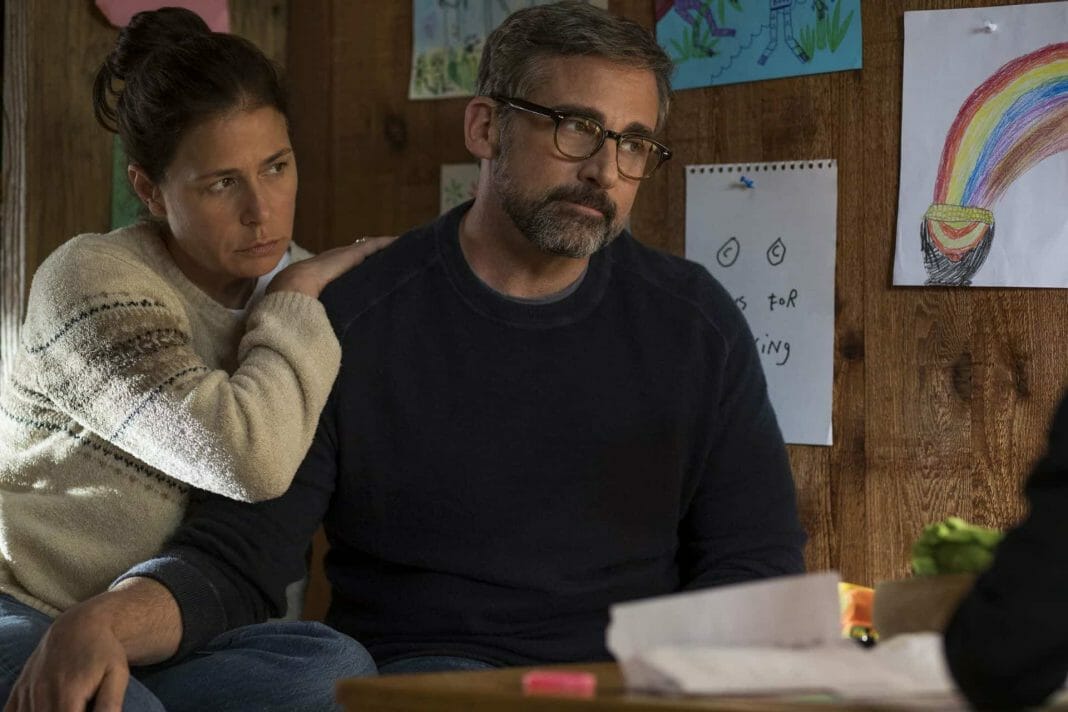 While the film brings two memoirs together, it must be noted that the focaliser is David Sheff. There are a select few scenes where the limelight is shone on Nic, but these are few and far between, and only serve to explain a few key events throughout the story. As such, the film adequately shows us the bevvy of emotion that David experiences: shock, anger, panic, guilt, more anger, horror, panic once more, and finally, hopelessness. On the other hand, we get to see a select few emotions from a troubled Nic: hesitation, anger, simulated euphoria, and panic. While Nic’s part of the film sounds like it was cut short, it was just enough to tell a compelling tale. As a writer, one must choose whom to focus a story on. As soon as the focaliser becomes multiple individuals, the story becomes diluted and its impact lessens. At the end of the day, telling a story that shines a light on a troubled father more so than the child, may have worked in the film’s favour. After all, Requiem for a Dream already took the crown from the other perspective.

After starting out in the middle of the narrative, the film shoots back to “the past”. Here we see Nic grow up, David get married, and Nic getting acquainted with more and more siblings. David is a San Francisco-based writer, and a very good one at that. He is successful and has a bit of money to throw around. As such, his son Nic can be regarded as a bit of a spoiled child. The movie then flip-flops between the present and the past as it tells how David ended up trying to be “the cool dad” by becoming his son’s friend. In a way, this only spurred Nic further onto the wrong path. Nic soon finds himself addicted to hard drugs. Not long after, he runs away from home, becomes a petty thief after his father cuts his allowance, and ultimately shrivels up into nothing but a shadow of his former self. 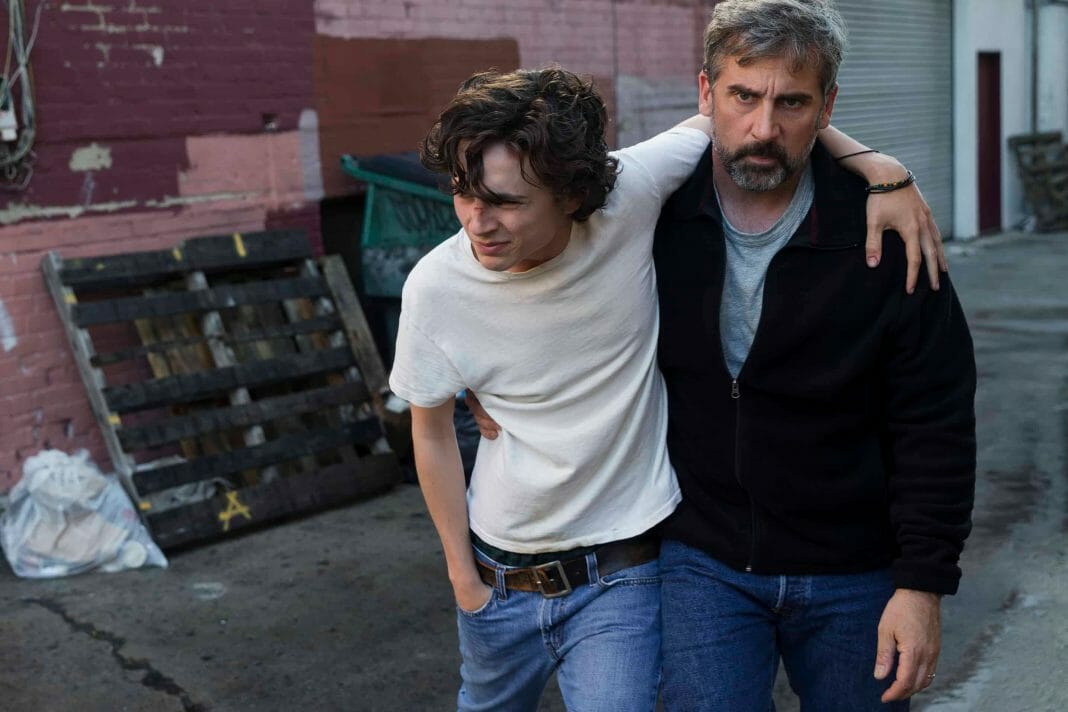 As the two storylines (David Sheff’s journey into hopelessness, and Nic Sheff’s downward spiral into drug addiction) blur together, it comes to a head when Nic relapses and runs away, which brings us back to the pivotal scene that I started off this review with. Thereafter, David’s current wife and Nic’s stepmother join him in the lobby. It is here that they start to discourage David from a self-destructive path toward depression. Maura Tierney plays Karen, David’s wife. Her performance as a supporting wife, who wants nothing more than the best for her children and her husband, is above and beyond excellent. While the film mostly keeps her out of the limelight, she still crawls into the viewer’s heart as a strong, well-developed character who, by the end of the harrowing journey, comes out as the ultimate pillar of strength.

Similarly, Amy Ryan, who plays Vicki, Nic’s biological mother, receives a grand total of ten minutes of airtime throughout the entire film – if that. Naturally, her character is severely underdeveloped. However, with that said, it is just enough for the viewer to understand why Nic would gravitate toward her, instead of David, as the film’s events unfold. In this way, Van Groeningen manages to tell a beautiful tale. One that is set in a believable reality that includes strong and well-developed characters, each of which interact wonderfully with the main focal points of the film. 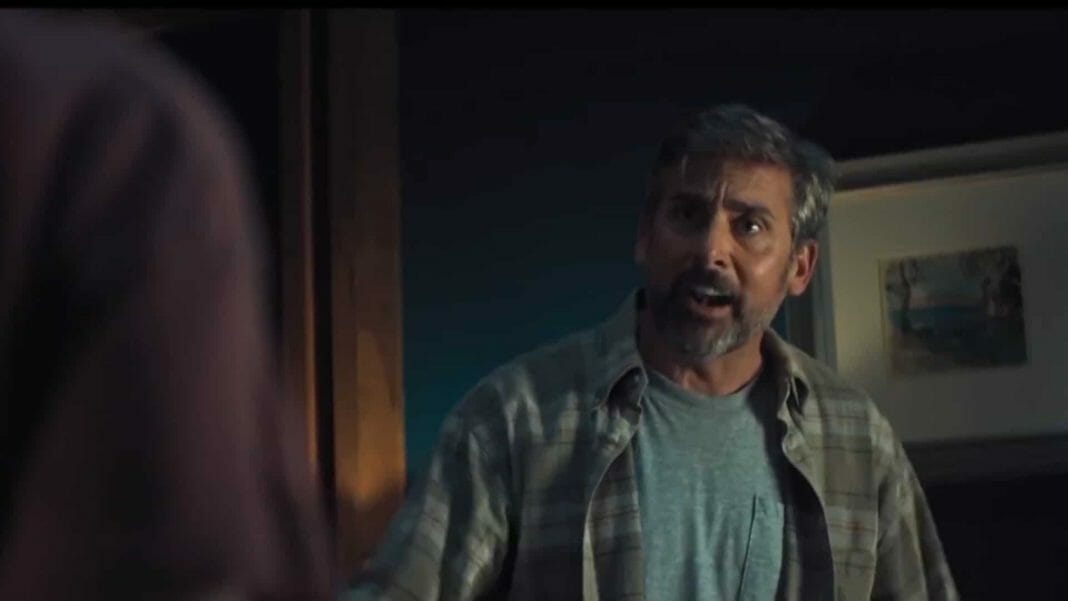 I particularly loved how the incredibly small cast of characters ended up pushing upwards of 25-years of narrative forward, all without breaking a sweat. Of course, in order to do so, the film needs to take an unconventional approach, where it jumps backwards and forwards in time. Through this, viewers get to meet Jack Dylan Grazer, who plays a preteen Nic; Ricky Low, who plays Nic’s sponsor Destiny; and Kaitlyn Dever, who plays Lauren, a very sad and truly emotional aspect that spurs Nic’s rehabilitation.

Characters are perhaps the strongest aspect of this incredible narration. However, it is ultimately brought down by the weakest aspect: the inconsistent jumps in time. I mentioned above how the movie jumps from the middle to the beginning, and then around a few more times for good measure. While this is not generally a problematic narrative device, the issue comes in when the jumps become confusing. Quite a few times, I had to focus for a minute and try to figure out whether we have gone back, or forward in time. Thankfully it was easy enough to figure out, but the fact that I even had to “figure anything out” must be noted as a negative. 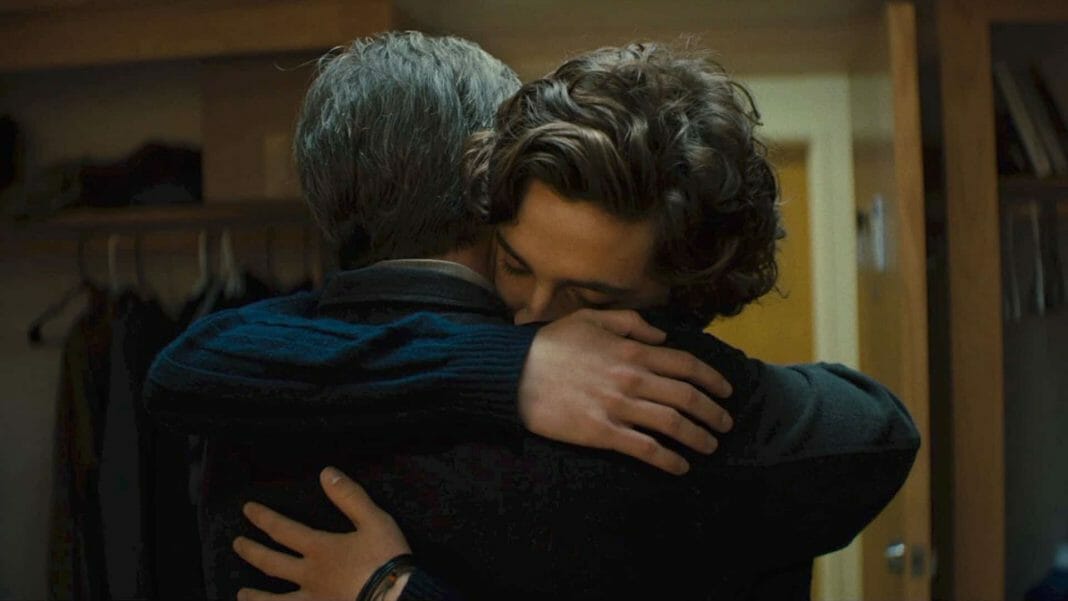 Overall, Beautiful Boy is a truly unforgettable and marvellous tale. It tells a gripping narrative and features a strong cast of actors, who play very real characters. The movie makes no illogical leaps and does not surprise with Hollywood plot twists. Instead, it is very much a “boots to the ground” story that takes the viewer on a rather excellent ride. Where the Beautiful Boy at the start of the film now has his flaws, and may still be struggling with certain things in his life, he is still very much a Beautiful Boy in his father’s eyes.