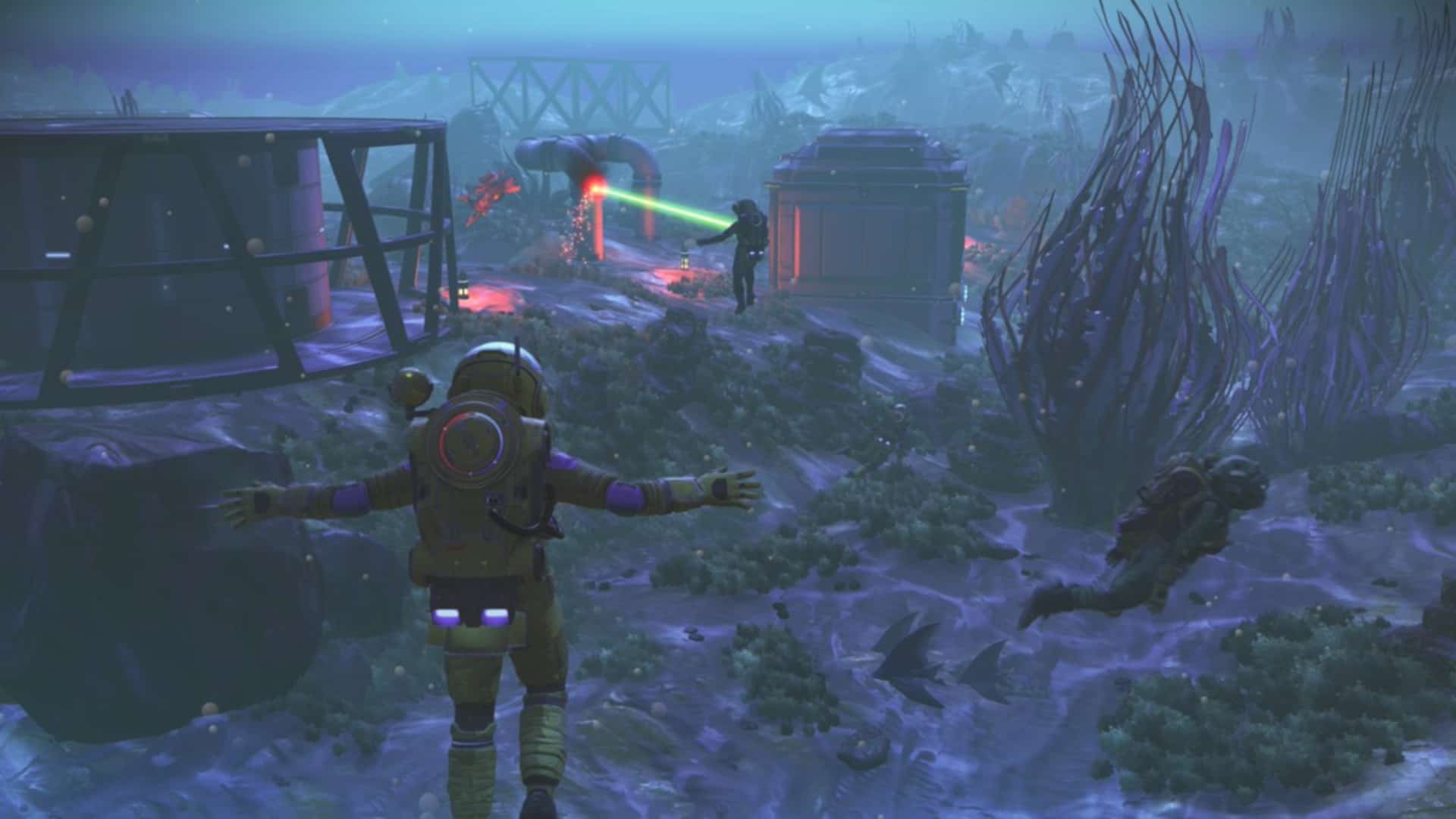 Hello Games is literally the gift that keeps on giving! Since its lacklustre launch in 2016, No Man’s Sky has received multiple upgrades and improvements. Each new update helps to  bring the game up to standard with what players were promised before launch. Now with the impending release of the game’s next major update, things seem to finally be falling into place. The No Man’s Sky Next trailer previews exactly what you can expect from the upcoming update; and it looks great.

Along with all previous updates, the “Next” version of the game will add features that players have wanted from the beginning, and a tiny bit more. These include a much overdue multiplayer experience, improved visuals, and more.

The trailer (embedded above) shows off those new features, and a lot more – including, but certainly not limited to, features that I did not know I wanted until I saw it: third-person mode, massive fleet battles and teamwork with huge, pilotable mechs? There are also hints at underwater structures — possibly under water player-built bases? — and player customisation!

No Man’s Sky launched for Xbox and PC in 2016, however, Hello Games recently revealed that No Man’s Sky Next also fulfils its launch on PlayStation 4. In a PlayStation Blog post, Hello Games founder and No Man’s Sky director, Sean Murray, listed many more things that the trailer may not have shown in its entirety. Among those mentioned, players can expect full-fledged multiplayer. This includes teaming up with a “small team of friends” or “random travellers” to help stay alive or prey on others to survive. Players will need to gather resources and erect structures to stay alive.

Moreover, the game will receive a huge visual overhaul that includes a third person camera for both ground and space navigation. Ships, terrain, and even space are going to be “more beautiful than ever”. 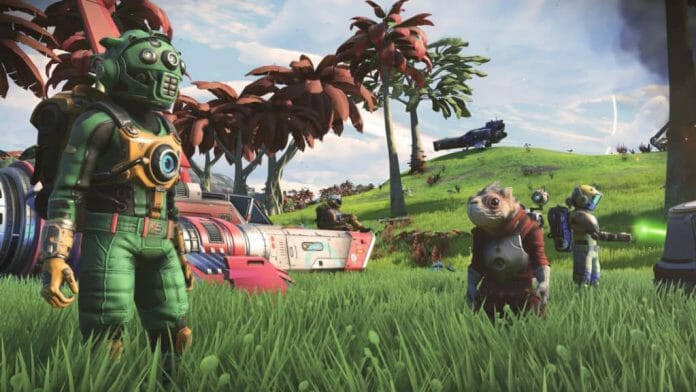 Murray also states that No Man’s Sky Next will allow players to establish bases pretty much anywhere they would like. On top of that, base building is increased “dramatically” in both complexity and size, with “hundreds of new base parts” and the ability to own multiple bases – as well as frigates and ships.

In addition to the ground features, No Man’s Sky Next gives players the ability to assemble and upgrade a fleet of frigates and command them from the bridge of the player’s own freighter. Players can send their fleet into the universe or deploy them to help explore specific systems. Building on frigates is also a possibility with No Man’s Sky Next, so players can “truly” customise their capital ships.

My guess is that Hello Games has learned a lot over the past two years, especially how it is bad business practice to misrepresent a game in a trailer as it bears dire consequences in the long run. Then again, continually supporting a game and fixing what was broken also has consequences – nothing but good ones.