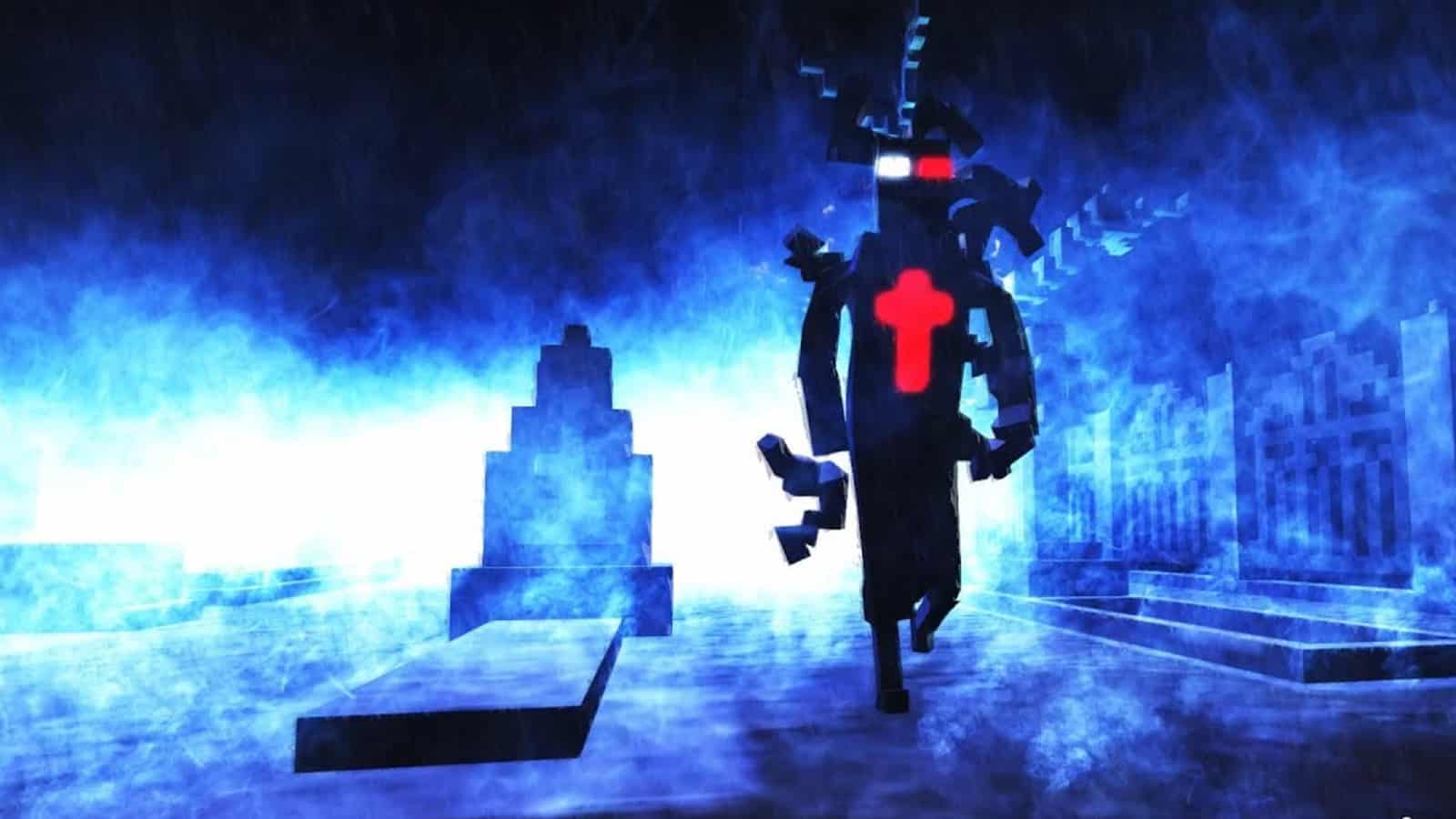 While the market is saturated with horror games of all shapes and sizes, there is a distinct lack of games based on H.P. Lovecraft’s tales. Even now, the only games I can name from the top of my head are Bloodborne (2015), and Clive Barker’s Jericho (2007). Both of those are great games, but literally generations apart. That is about to change, however, as The Padre enters Early Access.

The Padre centres around a lone priest who crosses over into the darker side. There, he takes on blocky, voxelised Lovecraftian abominations. His goal, of course, is to put an end to their demonic reign.

The game is designed after voxel-style 3D titles such as Minecraft and Cubeworld. At first glance, this seems like a strange design choice. Yet, judging by the trailer alone, I think it is safe to say that the design fits perfectly. It looks like a much more hellish version of Minecraft’s underworld.

Like classic horror games such as Silent Hill (1999) and Resident Evil (1996), The Padre utilises fixed camera views and features enemy encounters that have been inspired by Alone in the Dark (1992). This is again odd, considering that The Padre is a point-and-click adventure. This means players will have to click on enemies, and take aim while, likely, standing still. This enhances the scare-factor — and increases it tenfold, considering there is no health regeneration!

Point-and-click and survival horror aspects are not all that the game offers either. European developers Shotgun with Glitters promises intense puzzle-solving mechanics, and “tons of funny and bizarre references to legendary games and pop culture gems”. The game also has a “unique save system”, that reflects your gaming behaviour — a feature I have never heard of before. My best guess is that it enables saves in certain locations, depending on choices made before.

If the voxel-style 3D art style and point-and-click gameplay sound like your thing, you can get The Padre now, on Steam Early Access. The game is currently priced at $15 USD, but Shotgun With Glitters have not stated that it is an Early Access-only price (meaning the price will increase once a full release occurs).