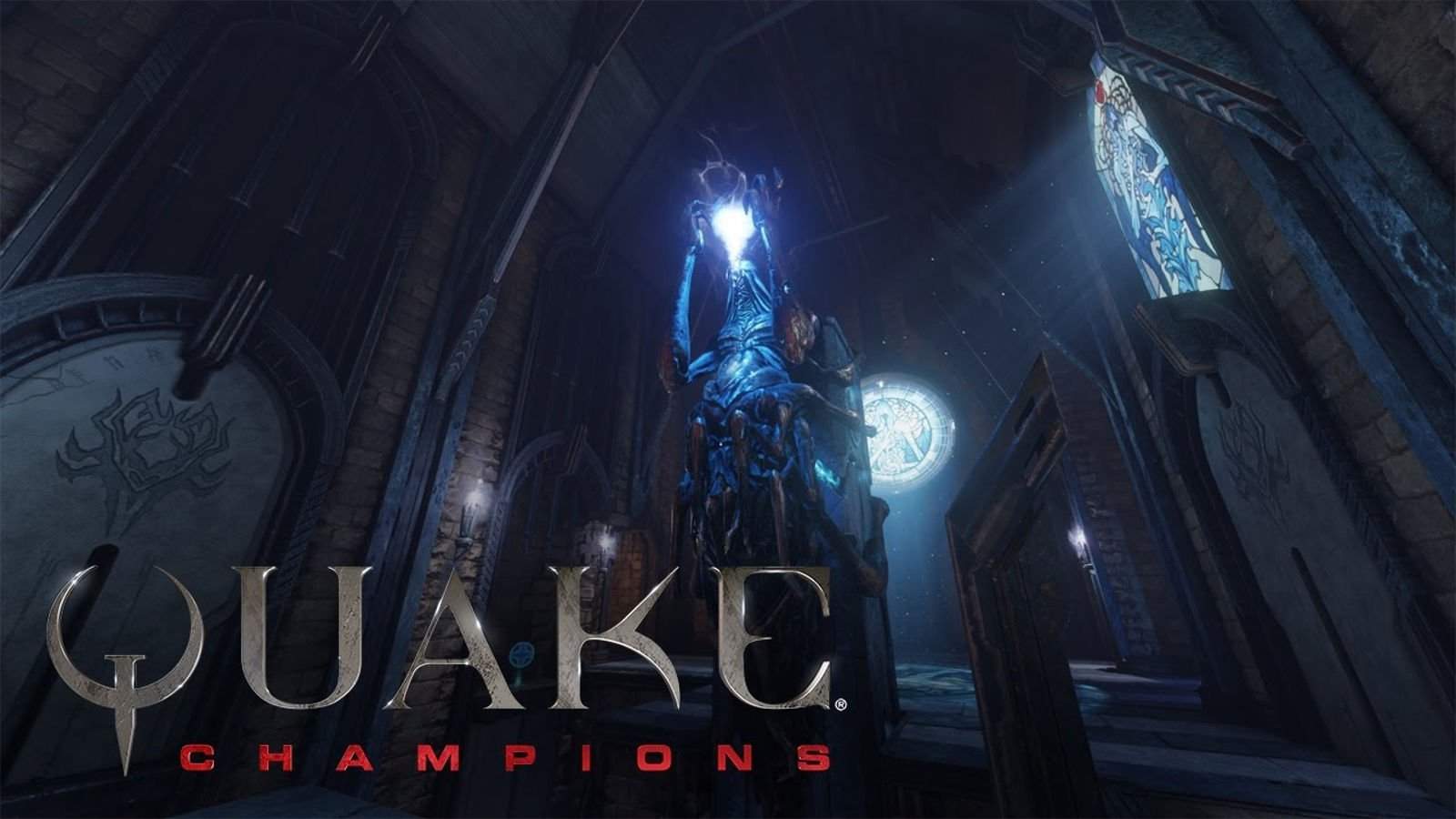 Bethesda Softworks and id Software have released a new trailer for their upcoming multiplayer shooter, Quake Champions. The trailer showcases everything fans can expect from the new Blood Covenant Arena.

As a reimaging of the iconic Camping Grounds map from Quake 3 Arena, you can obviously expect the long jump pad and rocket launcher, two iconic staples of the map. Essentially, the map keeps what made it great, but with a shiny new skin.

In a post over at the Quake Champions website, we know that the map features 15 health items, three armour pickups, and 22 cooldown buffs.

The official post also details a few of the hotspots featured in the Blood Covenant Arena:

The bridge features constant combat that consists of players using high ground to shoot down on the players in the mid-level balcony. It also offers defence against an influx of players from the lower catacombs. The post states that this is a difficult point to maintain control of unless your team utilises the side balconies to provide cover and flank attackers.

Flanking the obelisk are two balconies that connect to the bridge room. It breaks up a choke point and provides entrances from the stairs and super nailgun alcove. It is a very exposed area, so the post recommends you watch out for knockback and splash damage whilst playing in the Blood Covenant Arena.

The Railcurve is one of the important rooms on the map. Controlling the hall grants defenders easy access to the railgun, and Mega Health/Heavy Armour pickups. The defender basically acts as a gatekeeper between the two items. Defending this point might be tough, however, but fortunately, an escape route by way of the mid-level and catacombs does exist.

The catacombs act as a reprieve from the constant action going on above in the Blood Covenant Arena. The area offers a number of cooldowns, but it also packs the Lightning Gun, a “vital weapon for skilled players”. It is worth the effort to get down there if you know you will be able to make your way back up. It also acts as a chokepoint between Blood Pool and the Rail Curve.

Blood Pool acts as the central hub of the Blood Covenant Arena map. Here, it is every man for himself as the area is bombarded by railgun fire. The posts mention that it is common for players to fire across the room from the Rail Curve as they pick off players moving between Balcony and Pillars. The central jump pad is amazing, but players who use it are at great risk of being railed from near the Mega Health and Heavy Armour buffs. They also risk rocket and shotgun fire from the high ground.

The last area highlighted in the post is Pillars. Pillars is a tactical haven for players who prefer the high ground. It is also an important area for one sole reason: power-ups spawn there. Timing is important as teams rush toward Pillars to get the power-up. Teams who maintain control of Pillars could cause a turning point in the battle since it lies between two important points.

Quake Champions is releasing on PC sometime in 2017. Pricing is not yet available as id Software still has to figure out whether they want it to be a free-to-play title or not.