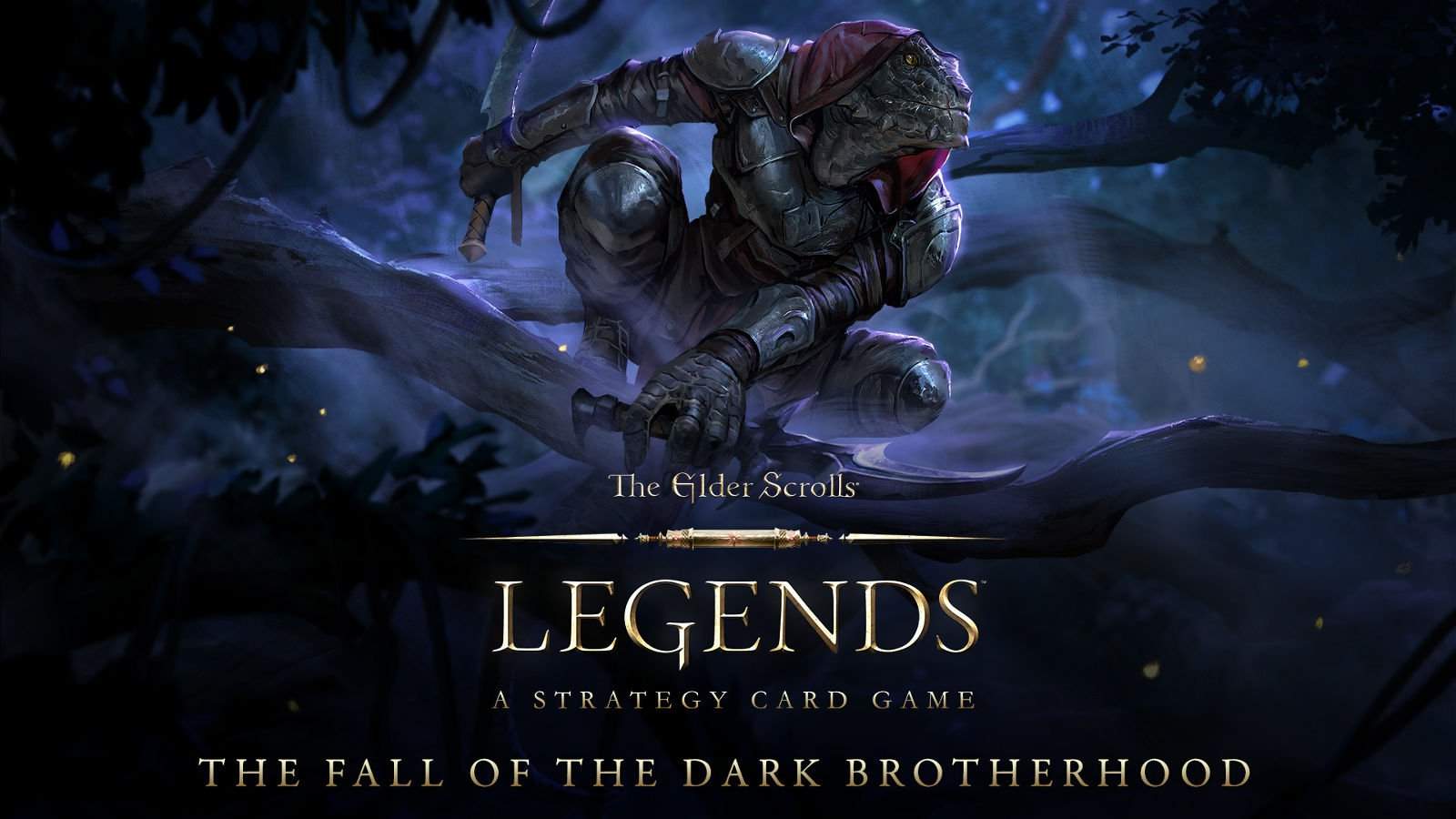 Bethesda Softworks and Zenimax Online Media have released The Fall of the Dark Brotherhood, the first major Player-versus-Environment (PvE, or single-player) content for their online card game, Elder Scrolls: Legends.

The new campaign, titled “The Fall of the Dark Brotherhood”, revolves around the infamous guild of assassins. In the campaign, players will have to decide between saving or destroying the guild. The update also comes with additions such as new cards, modifications to existing ones, and other minor changes and balance fixes.

Fall of the Dark Brotherhood marks the first major content update since the game released to the public in March 2017. Yes, the game has not been out for more than 30 days and it already has its first major content update… If I had not known better, I would say that this is a jab at Blizzard’s popular card game, Hearthstone… but we all know better, do we not? If Bethesda keeps this up, Blizzard might have a good run for their money!

Along with the announcement, Bethesda released a trailer. It showcases some of the new cards, a bit of the story, and some epic Elder Scrolls-y music.

The game itself is a card collecting and battling game based off Bethesda Softworks’ popular Elder Scrolls series. In the game, players must think strategically with their cards to defeat their opponents. It features a full single-player campaign, as well as a training arena, and multiplayer. Fall of the Dark Brotherhood extends both the single-player and the multiplayer aspects of the game.

The Fall of the Dark Brotherhood takes place prior to the events of The Elder Scrolls V: Skyrim, and introduces more than 25 missions to the game. It also adds 40 cards and three maps to the game. The expansion can be purchased in-game for $19.99 USD (~R250.00 ZAR), or using in-game gold. Elder Scrolls: Legends is available for free on Microsoft Windows and Apple’s iPad. It is expected to release on Android tablets, MacOS, and iPhone sometime in April 2017, and Android phones later this year.