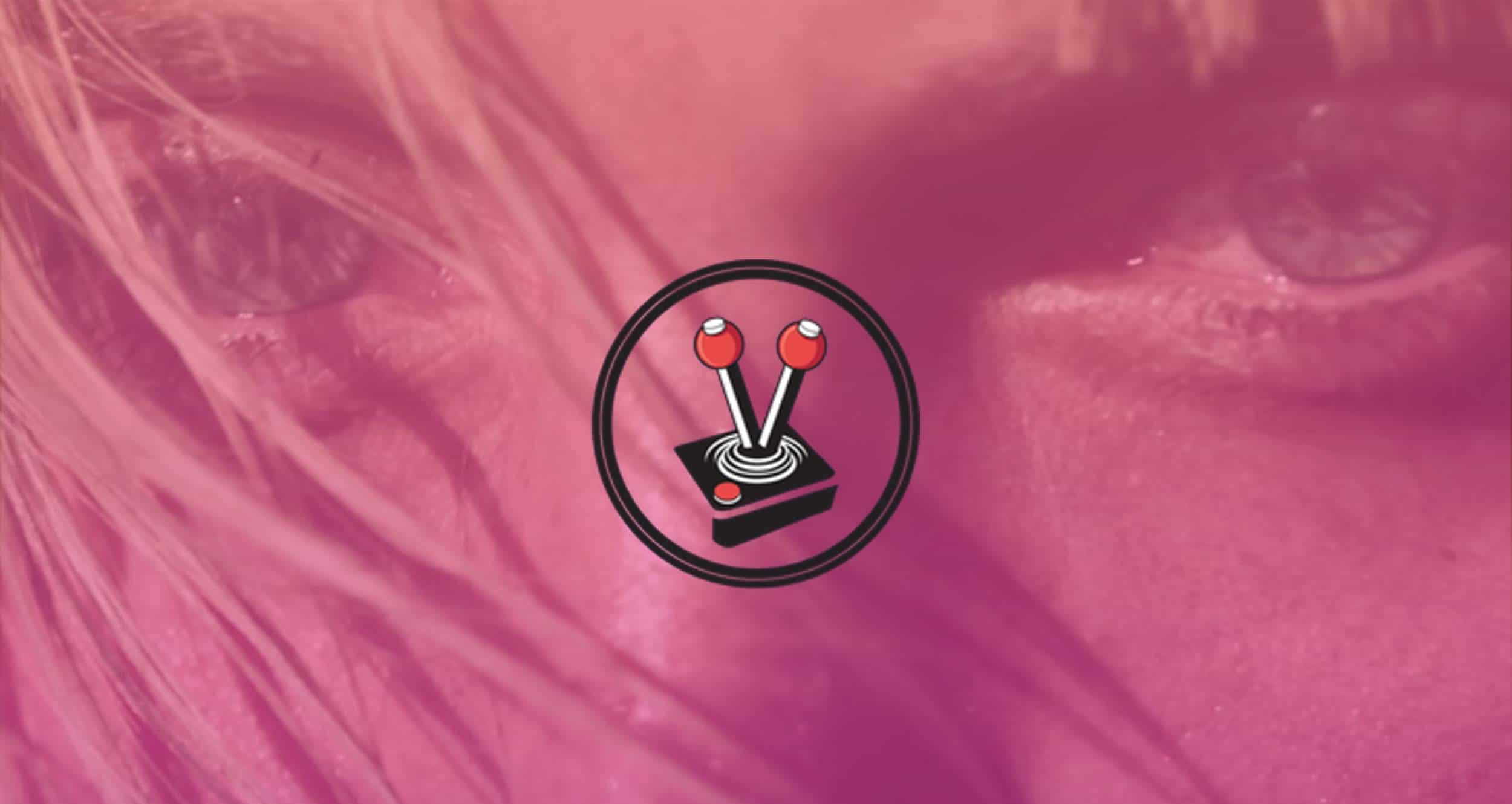 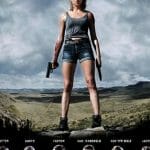 One would think that being thrust into a game of cat-and-mouse with some of the country’s biggest scum and villainy, might result in a truly traumatising experience. To innocent school teacher Emma, however, it is just another trip back home. Oh, and her boyfriend punched someone… because plot.

During my childhood, locally produced Afrikaans films consisted of ‘flieks’ like the excellent Paljas (1998), and a lot of Leon Schuster productions. As time went on, the humour of Schuster’s productions gradually seeped into, what was becoming, a promising local film landscape. This resulted in mind-numbingly bad films like Bakgat (2008), and Faaitjie Sien sy Gat (2008). What kept my hopes up for local productions, however, were films like Wolwe Dans in die Skemer (2012) and Abraham (2015). These excellent Afrikaans films proved that local productions can be seriously good, and do not need to be all-out musicals or self-loathing parodies. Heck, even Jakhalsdans (2012) and Platteland (2012) proved to be good, and they were in fact, musical in nature. It goes without saying that if enough love and commitment goes into it, then one can find real value in local, Afrikaans productions. This brings me to Jagveld (2017).

When you compare the start of the movie to the end, you would not be able to tell that both points come from the same film. Jagveld starts a bit slow and makes sure to introduce the audience to the various parties involved. Emma (Leandie du Randt) is introduced as a beloved school teacher who finally manages to go on leave.

Similarly, it introduces Bosman (Neels van Jaarsveld) and his crew — a band of lackeys that are clearly on the wrong side of the law. Everyone in Bosman’s group is a stereotypical archetype. From the “strongman” to the “second-in-command”, all the way down to Piet (Luan Jacobs), the troubled newcomer and “moral wild card” of the group. They are all classic bad guys, who inevitably must face up against a classic good “guy”. Emma is everything a hero should be: innocent, anti-violence, and someone who just wants to see her family.

After Emma makes her way out of town, and into the stretches of the Karoo, her car breaks down. It is then that she comes upon a scene that no one would ever want to witness: Bosman and his gang murder someone in cold blood… and they notice her witnessing the crime. This is when everything spirals out of control. I will not be going further into plot details, but I can tell you that the “twist” that crops up in the first act of the film does stand on its own. At this point, viewers have also already been briefed on the fact that Emma was trained by the best: her father was a former reconnaissance officer in the army. Naturally, she recollects everything that was ever taught to her, in one fell swoop.

This is where the movie shifts its pace from a slow-paced almost-drama, to an action-packed “skop, skiet, en donder” flick. It does so quite well in fact, whereby, for the most part, the film manages to be quite the adventure! 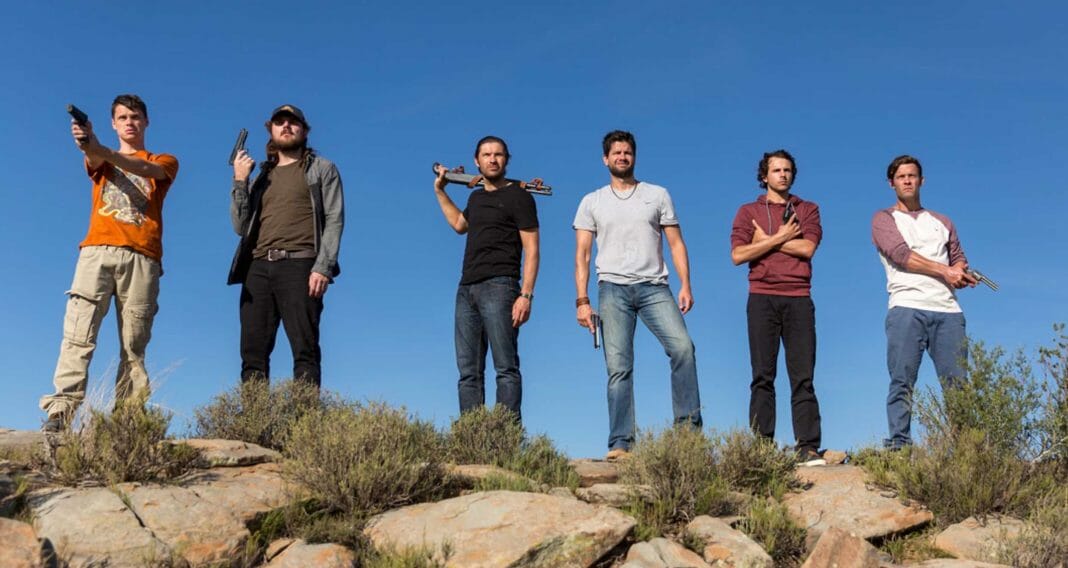 The thing is, Jagveld is plagued by the same inconsistencies that come forth in most action films. This is  especially true for films that are meant to be nothing more than machismo-induced narratives; similar to The Expendables (2010), or better yet, The Marine (2006). Jagveld very clearly takes on a lot of inspiration from Quentin Tarantino’s Kill Bill: Vol. 1 (2003) — it shows not only in the directing, but also in the extremely cheesy dialogue. From “edgy” one-liners from both Bosman and Emma during their exchanges over the radio, to simple scenes where exposure is key, the dialogue comes straight from Tarantino-inspired fanfiction… and it is fantastic.

Given the edgy dialogue, one would think that a legendary writer such as Deon Meyer would invest his time to go over every little detail in the script. Doing so would enhance the aforementioned one-liners and edgy tones with detailed passages and flavour text. Alas, that is not the case. Instead, it seems that he simply set out to just have fun with Jagveld… and it definitely shows in the end product. Jagveld is a very toned-down Kill Bill, with slightly more relatable plot features and characters. It tries to be a serious action film, but at the same time, does not take itself too seriously. As such, it is a fantastic, albeit mindless, action film that is worth the watch no matter your background or disposition against Afrikaans movies.

The film itself also has a bunch of callbacks and references to other classic action films. Emma’s hairdo, for one, is a blatant reference to Kill Bill’s Bride (played by Uma Thurman). Other ‘easter eggs’ include smaller references to movies like Sergio Leone’s The Good, the Bad, and the Ugly (1966). Then again, I say smaller, but any fan of the legendary western will know exactly what I am talking about. 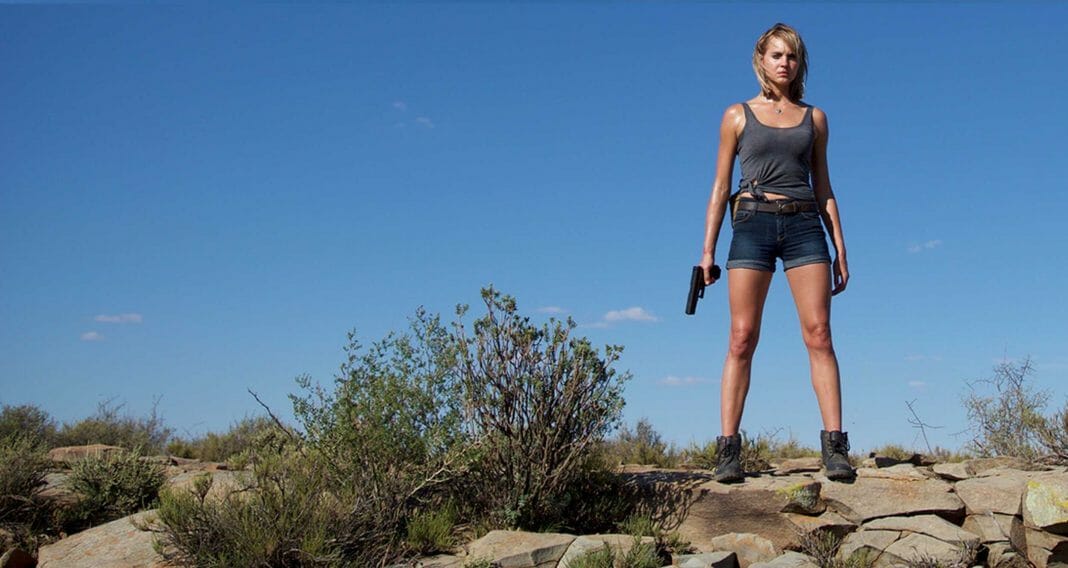 Callbacks and easter eggs aside, however, and things start to unravel a bit. The cinematography itself is incredible. The film features expansive shots that give you a proper sense of the empty Karoo that Emma has to survive in. Similarly, the sound and music are wonderful and well put together. It is only here and there where the editing leaves viewers perplexed with the choices made. For instance, when Emma finally recalls her father’s teachings, the entire screen goes red. This is an obvious way to tell the audience that she has now properly “snapped”… but the audience already knows this. In modern cinema, the audience is much more than capable of putting two-and-two together. Couple that, with some strange choices in licensed music, and things could have gone very bad, very quickly. Fortunately, these faults were easily forgiven when I sat down and realised that the movie is meant to be enjoyed at the most basic of levels.

In the end of the day, Jagveld has a lot going for it. There are some bad editing choices mixed into the pot of overwhelmingly good ones. The movie is not perfect, but then again, so few good movies really are. Jagveld sets out to be a well thought-out Tarantino love letter, and that is the goal it reaches long before the credits even roll.

It is a good, fun, mindless action experience that can be enjoyed by anyone willing to pay the price of the movie tickets. The acting is decent (with nothing more than that required), and the scenes are composed in such a way as to convey a true sense of accomplishment whenever Emma does something right. Do not go into the movie thinking that you will get to witness profound cinematography and storytelling. Instead, take it at face-value, and enjoy the hell out of it. I know I did.