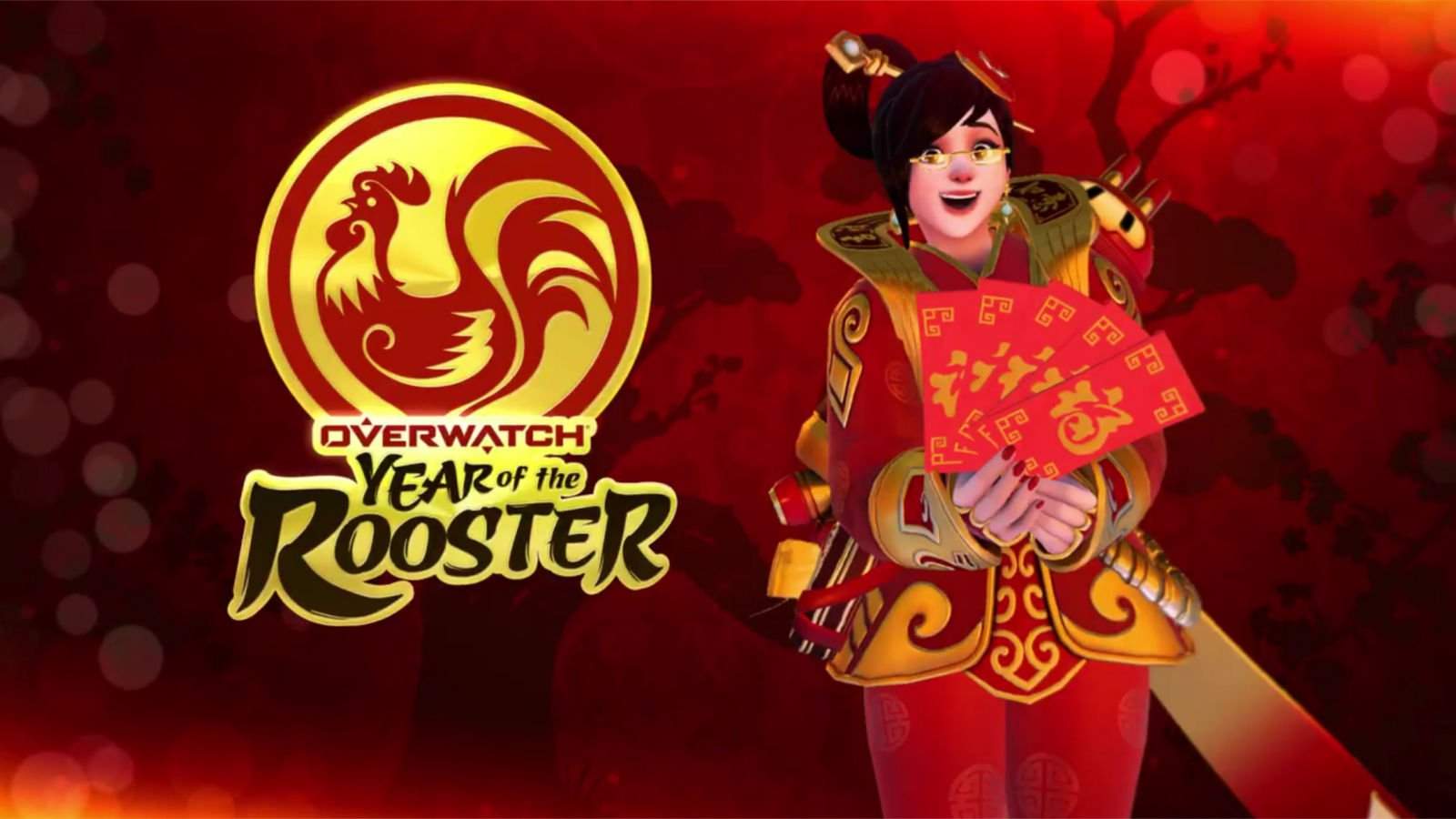 One of the best aspects of games made by Blizzard, is how the studio is able to embue the essence of major holiday events into their games – even if only for a limited time. Overwatch has already seen two incredibly successful events in 2016: one during Halloween, and another smaller one during Christmas. The good news is that this trend is continuing, with the first event announced for 2017 being: Overwatch Year of the Rooster.

Activision Blizzard is kicking off 2017 by embracing the Chinese year of the rooster. All Overwatch players will be able to enjoy the event inspired by Chinese culture starting on the 24th January 2017 through to the 13th February 2017.

Blizzard did not offer a lot in regard to information on the event, but we already know that Mei will get a cute new skin. The fan-favourite character will get a Chinese-style outfit stylised in red and gold. She even has a matching hairpin to boot! All of this was revealed by a short clip posted on the official Overwatch Twitter account.

Blizzard has also unveiled that the event will include a brand new game mode: Capture the Rooster. According to Metro UK, the new game mode will not become a part of the quick play rotation. Instead, the company stated that it would only be a “bit of fun” for the event. Similarly, the event will also change-up a few of the in-game maps. Lijiang Tower, for instance, will get a makeover, while many characters will get exclusive skins.

As is custom for these events, you can expect all loot boxes to be themed. As such, the in-game loot boxes have all been replaced with ‘Lunar’ loot boxes. The aforementioned skins are earned through these boxes. The boxes will also have the chance to drop unique icons, sprays, victory poses and emotes.