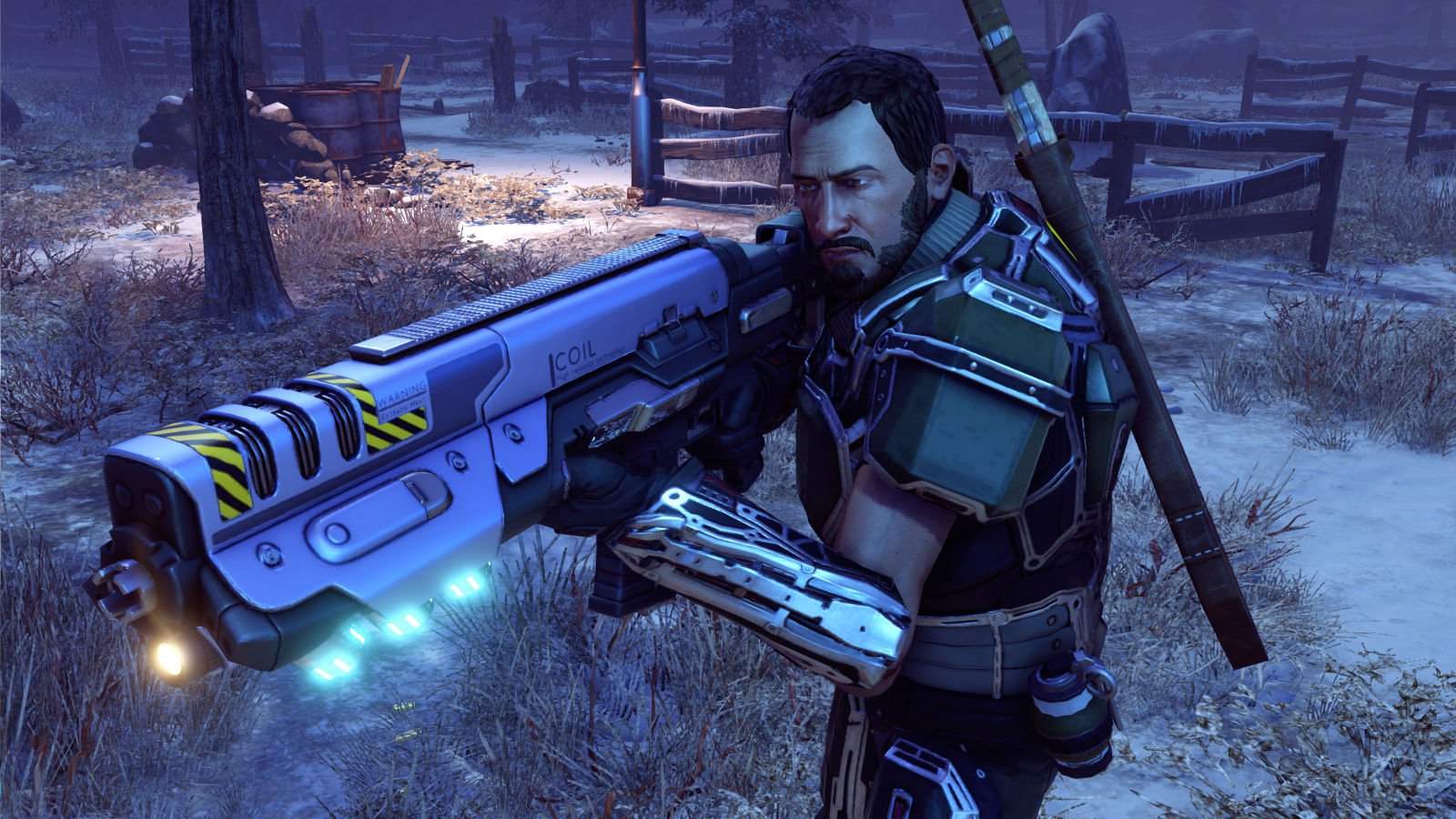 Pavonis Interactive, formerly known as Long War Studios, is changing the entire strategic layer of XCOM 2 with the release of the Long War 2 mod. The small team of developers revealed the massive list of changes on the XCOM 2 website.

Long War 2 will overhaul the way you engage operations in its entirety. From how you start missions; adding new and improved enemy AI, and even throwing in a slew of new mission types. Long War 2 will even change-up all of the soldier classes, and add more of their own! This has been done in order to add an extra layer of micromanagement to the game.

Controlling a Region and defending your haven

When accessing the geoscape in the Long War 2 mod, you will immediately notice massive changes. Players are now tasked with managing the Resistance within each region. Every region a player has contacted, now comes with several rebels who may be assigned to various tasks. These tasks include scavenging for supplies, recruiting more rebels and soldiers, and even gathering intelligence. Players will also be able to deploy a soldier from their ranks as an adviser. The deployed soldier will then add a bonus to the region, but will be unavailable for missions outside of that region.

Similarly, players can also deploy scientists and engineers for different bonuses. However, players can only choose one of the three… so choose wisely.

ADVENT will fight back

ADVENT, the omnipresent enemy force within XCOM 2, will not be sitting back while you manage your regions in the Long War 2 mod. The new AI will be operating specifically to counter your efforts. When you are trying your best to build your havens and improve your regions; ADVENT will do everything in their power to undermine your regions and further the Avatar Project. 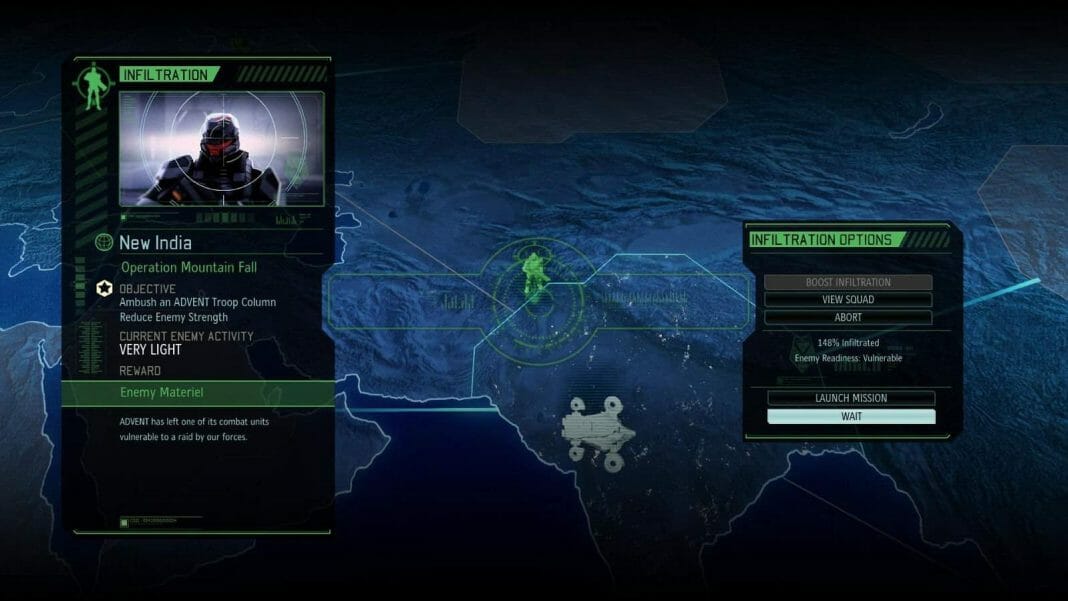 Moreover, ADVENT will also launch assaults on your havens in order to try and reclaim those regions. The strength of their force is determined directly by how much intel you have; what adviser you have deployed in that region; and how much the rebellion has grown in that region.

Players will notice that various mission types have changed completely in the Long War 2 mod, whilst others have been added. New mission types include:

Players can no longer deploy to an operation and start it immediately in the Long War 2 mod. After the squad is chosen and gear is set, the Skyranger must take the squad to the site, drop them off, and return to base. Similarly, the Skyranger takes time to return and to extract now.

In the vanilla campaign, the Skyranger had the ability to extract soldiers immediately. In Long War 2, the Skyranger must first get into position, which takes time.

After this, the squad must first infiltrate the site. This can take a number of days, but the infiltration rating determines the difficulty of the mission.

Infiltrating, and improving the readiness level

From a tactical perspective, the changes to the readiness level in the Long War 2 mod could be either very bad or very good – depending on your playstyle. When a squad deploys and infiltrates a site, the player must return to the Avenger and continue their scanning. During the infiltration process, a squad can infiltrate up to 200% – this is the easiest level an operation will allow. If the infiltration time runs out before 200% is met, the player can choose to start or abort the mission. 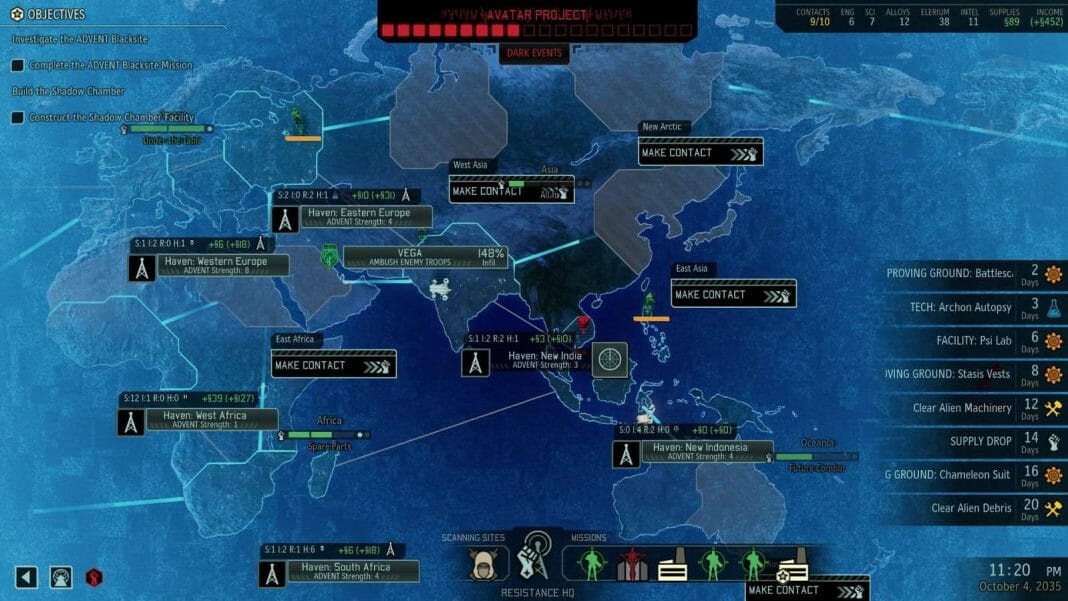 There are a few different levels of enemy strength. A few of the ones I have encountered are:

I do understand that there are more levels of readiness, but I have not yet met them. There are a number of things that can affect the time it takes to infiltrate successfully. These include squad size, gear, time before a mission reaches launch time, and even soldier rank.

The Long War 2 mod not only overhauls how you engage against ADVENT forces, but the mod also influences what you have when doing so. New additions range from weapon types to soldier classes and more. Similarly, ADVENT also got an overhaul from new enemy types, to added enemy skills.

The first new weapon class players will notice is the Laser weapons. This is an early game tier that needs to be researched and unlocked. All weapons in this tier have a higher accuracy rating in exchange for fewer shots per clip. They also look absolutely amazing! 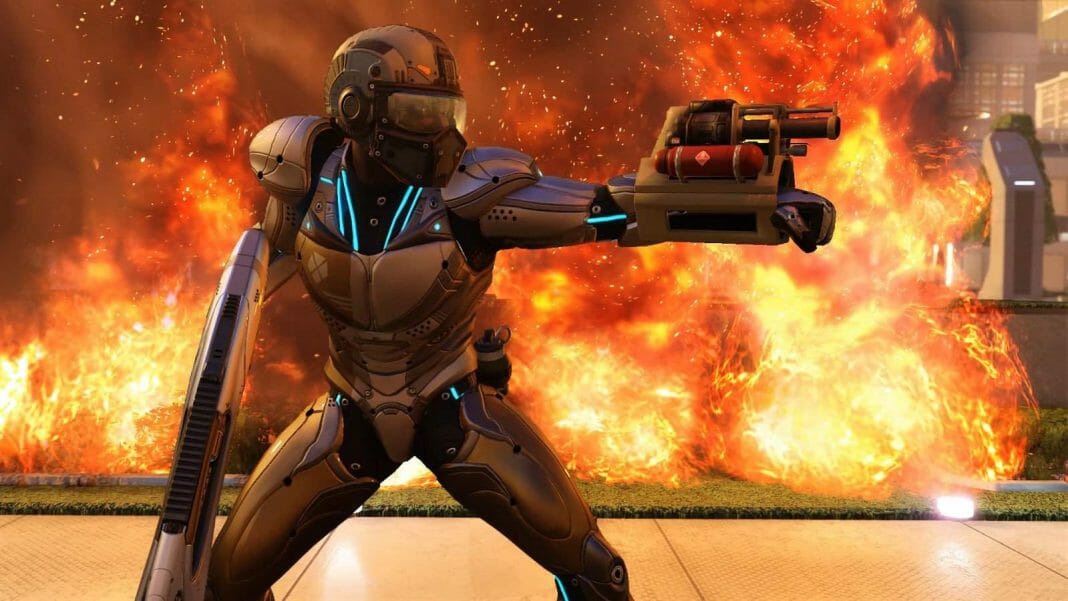 Where the Laser weapons came from Pavonis Interactive’s earlier mods for XCOM 2, their Coilguns are exclusive to the Long War 2 mod. Coilguns are late-game weapons that need to be unlocked. They fall below the Gauss weaponry tier and are slightly less expensive.

Other new additions include sidearms like the Arc Thrower and the Gunner’s knife. The Arc Thrower is a close-range sidearm that can incapacitate ADVENT; while the knife is a melee option when a Gunner needs to get out of a tight spot.

The Proving Grounds play a bigger role right from the get-go in the Long War 2 mod. While not available right from the start, players will have to use the proving grounds to acquire most new weapons. The vanilla campaign unlocked Magnetic weaponry right after the research was completed. With Long War 2, all Magnetic weaponry must now also be built in the Proving Grounds before it is readily available in the shop.

Similarly, ammunition and armour types are also added to the Proving Grounds. As with the vanilla XCOM 2 campaign, all Proving Grounds projects take an allotted time. This has been balanced and overhauled to fight the war of attrition.

Classes like the Ranger, Grenadier, and Sharpshooter, have all been changed to be either more specialised or more generalised, depending on the skills you unlock. This plays directly into squad sizes and tactical choices that the player will have to make during infiltration. Want a big squad with specialised soldiers? Fine. Want a small three-man squad that can infiltrate and extract quickly? Take a few all-purpose soldiers and a rookie.

Along with the Shinobi and Assault classes added by previous Pavonis mods; Long War 2 also adds the Technical class. The Technical is a versatile class that takes the rocket launcher and flamethrower and puts them together like it is nobody’s business. The soldier’s ability tree allows you to specialise in either one or the other. 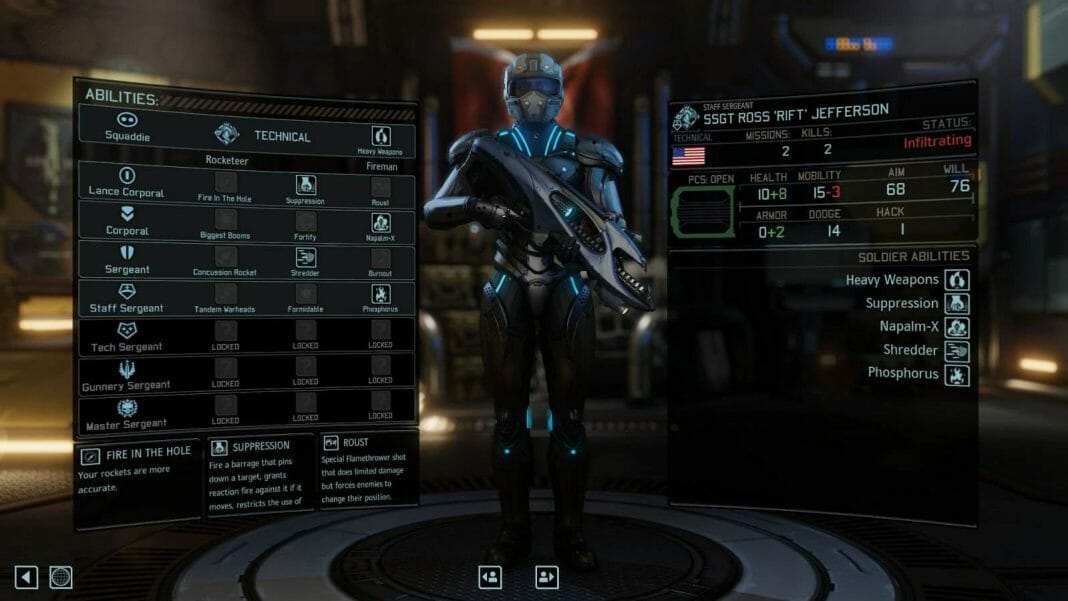