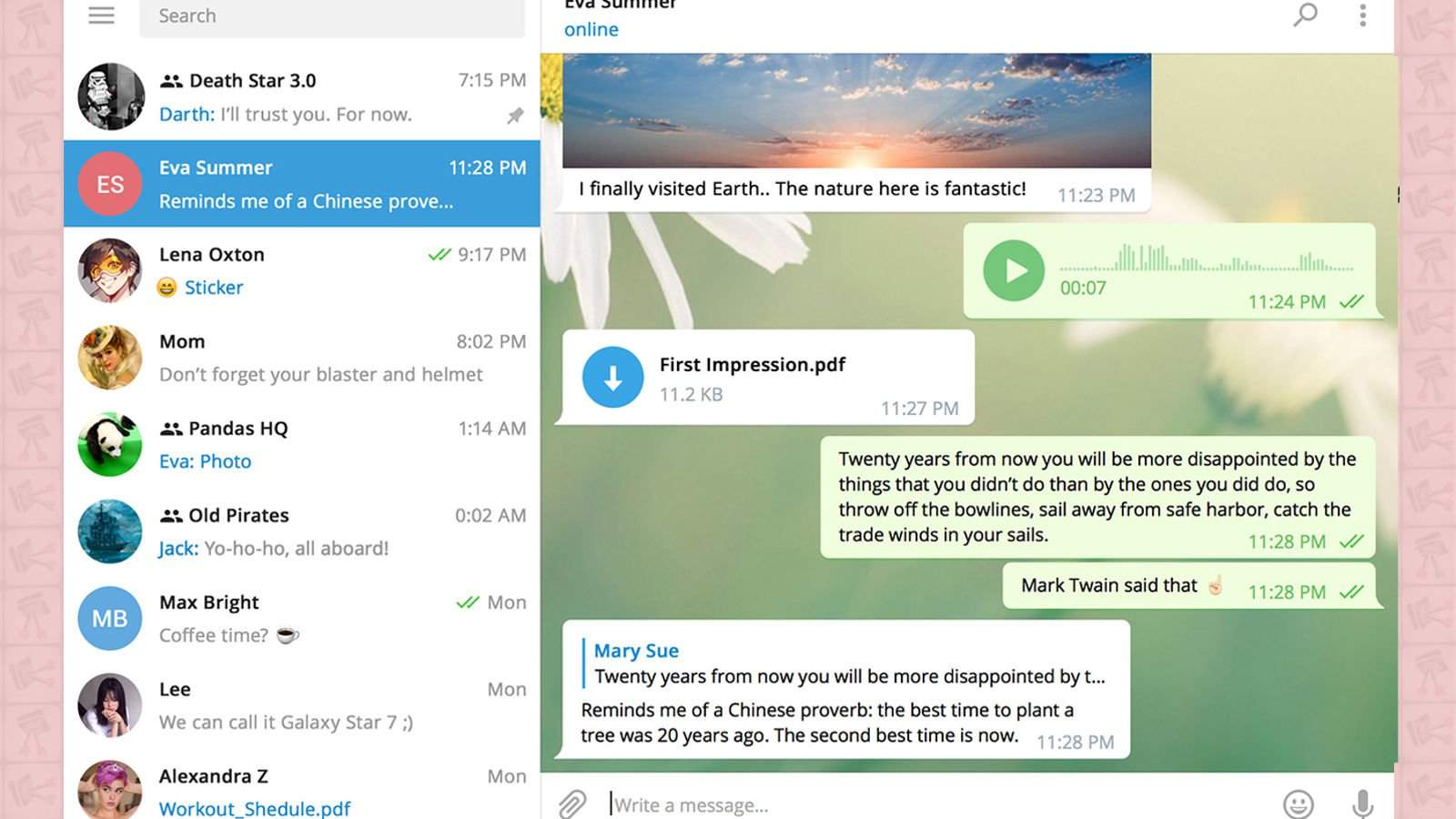 One of the best aspects of the popular instant messaging app, Telegram, is that it is available on practically every single platform. With this in mind, the Telegram Desktop App has received a welcome update that features a new design and true syncing between apps – including the editing of messages.

The Telegram desktop app has been available since 2013, but has only now received its first full-feature release. The version 1.0 update for Windows, Linux, and Mac now features a Google material design that apps for the latest Android operating system use. As such, Telegram Desktop App has smooth new animations and support for custom themes.

Like Whatsapp, users can also log into Telegram via the web. However, the company has stated that the app is way better. Not only is it secure thanks to Telegram’s encrypted cloud, it also boasts a modern and easy to use User Interface (IU). Moreover, the app also supports deleting messages from the company’s servers. This feature was very sought after since deleting messages on the web merely deleted them locally. Now it completely deletes messages from all devices, as well as the servers.

Earlier this month, Telegram updated its mobile app to version 3.16. In this version, two major features were introduced: retracting sent messages within 48 hours; and an added Network Usage section that allows users to keep tabs on their data consumption.