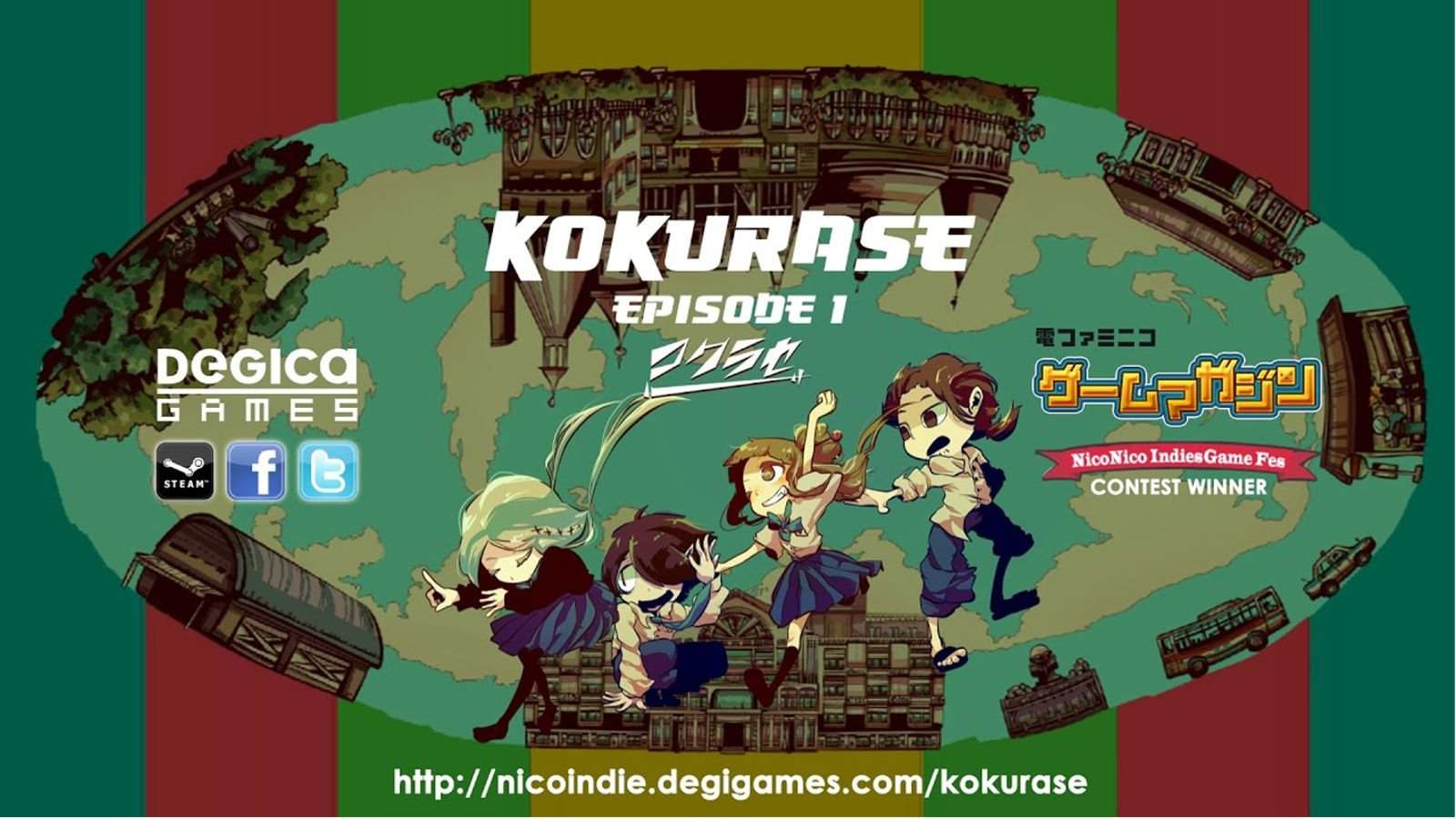 Kokurase, the 2016 Nico Nico Indie Game Festival winner, is coming to Steam this month. Better yet, the first episode will be absolutely free!

Kokurase looks to be a quaint little indie game. It is said to be a story-filled visual novel with a lot of Roleplaying Game elements. According to the developer Galanti, the game was built using Enterbrain’s famous indie game creator, RPGMaker.

Kokurase follows the story of the “legendary Kokurase gang as they use their wits and skill to bring together a popular junior who can’t keep the ladies off his back and a shy freshman that can’t bring herself to talk to him”. Publisher Degica confirmed that Kokurase’s first episode will be free of charge, and is part of a new episodic series that follows the exploits of the Kokurase crew as they venture into the world of high school.

In the game, player’s will get to control all four members of the Kokurase gang at various stages of the story. The goal is to bring Sakura, a shy junior from the high school who is smitten with Yoshimitsu, a senior, together. Players will need to learn key phrases and use them on the correct characters in order to put things in Sakura’s favour.

Kokurase seems to be quite a nice little tale of love and friendship, aspects that are not immediately gleamed from the blurb’s use of “legendary Kokurase gang”. Needless to say, the game must have won the 2016 Nico Nico Indie Game Festival award for a reason. As such, I will definitely be giving it a go.

The first episode of Kokurase is currently free on Steam. All episodes thereafter will be released via in-game downloadable content. Future episodes will have to be bought via Steam.