For the most part, superheroes choose to live double lives: one as a superhero and the other as a normal individual. The separation of superhero status from godly being is not unlike being at work versus being at home. Although a superhero is never really ‘off-the-clock’, the sense of normalcy aids in stimulating a sense of relaxation and of belonging.

Naturally, all villains are obsessed with exposing the true identities of superheroes who wish to remain inconspicuously normal when not in their superhero garb. Except for Iron Man, he just does not give a damn.

With the recent release of THE LEGO MOVIE, the parody driven Pictures in Boxes took a stab at Batman and The Joker’s unnatural obsession with finding out his true identity. The result is predictably funny. 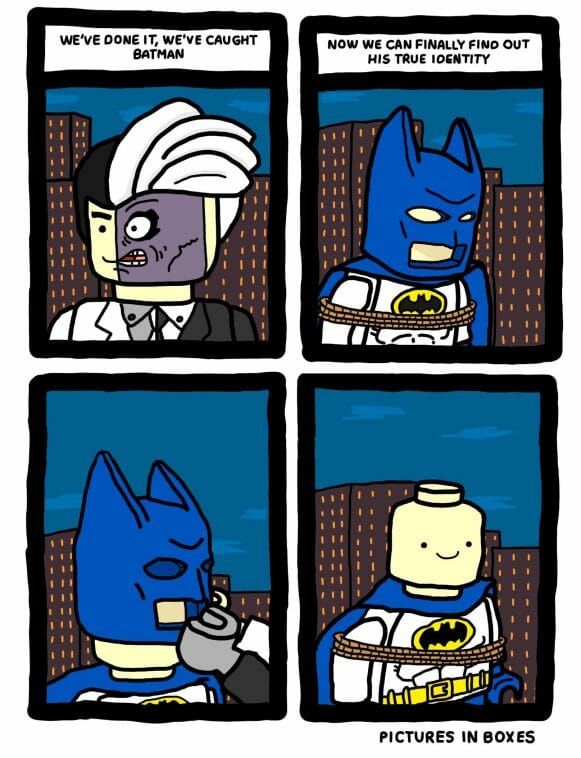